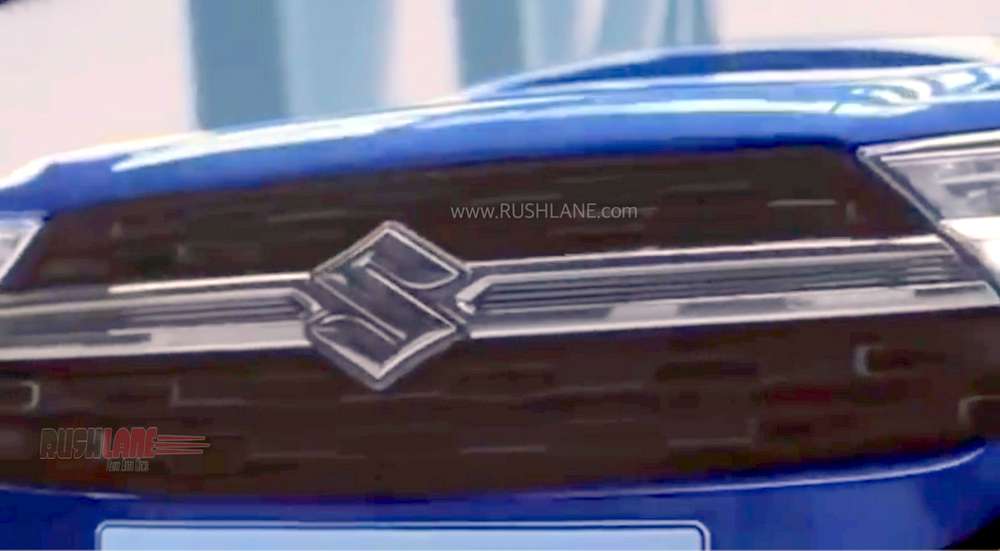 Maruti XL6 is a Ertiga 6 seater crossover, which will launch on 21st August 2019. It will be offered in Alpha and Zeta variants and sold via NEXA showrooms as against the regular 7 seater Ertiga which is sold via Arena dealerships.

The new Ertiga XL6 is painted a distinct shade of Nexa Blue as is also seen on the three other models – Baleno, S-Cross, Ciaz and Ignis, also sold via NEXA dealerships.

The XL6 gets revised exteriors in line with the Company’s European design language. It sports a hexagonal grille with chrome slats and the Suzuki emblem positioned in the center. Maruti XL6 grille has now been revealed in official video, which can be seen below.

Headlamps sport a new and more aggressive design with integrated LED DRLs. The front bumper gets modified with muscular lines, wide central airdam and black cladding around its fog lamps and skid plate.

Though the XL6 sees some similarities with Ertiga in terms of alloy wheels, floating roof line and large LED tail lamps, it does receive new wheel arches and roof rails along with piano black inserts between tail lamps.

The interiors are in a 2+2+2 layout with captain seats in the second row and done up in an all black colour scheme. The interior styling is the same as that seen on the Ertiga with infotainment via Maruti Suzuki’s SmartPlay Studio which consists of a 7” touchscreen infotainment system supporting both Apple CarPlay and Android Auto. It will be seen with features such as automatic climate controls, cruise control, height adjustable driver’s seat and automatic headlamps and wipers.

Maruti Suzuki Ertiga XL6 will get powered exclusively by a petrol engine as the company plans to phase out diesel engines by the end of this year in accordance with new BSVI emission norms. The 1.5 liter petrol engine, which also powers the 7 seater Maruti Suzuki Ertiga, offers 105 hp power and 138 Nm torque mated to a 5 speed manual transmission along with a 4 speed torque converter automatic gearbox to be added later.

With launch in India on 21st August 2019, NEXA dealerships could open booking in the next few days. It should see the XL6 priced between Rs.8-11.50 lakhs, approximately Rs.50,000-75,000 over its current 7 seater counterpart, so as to directly compete with the more premium Mahindra Marazzo and Toyota Innova Crysta.