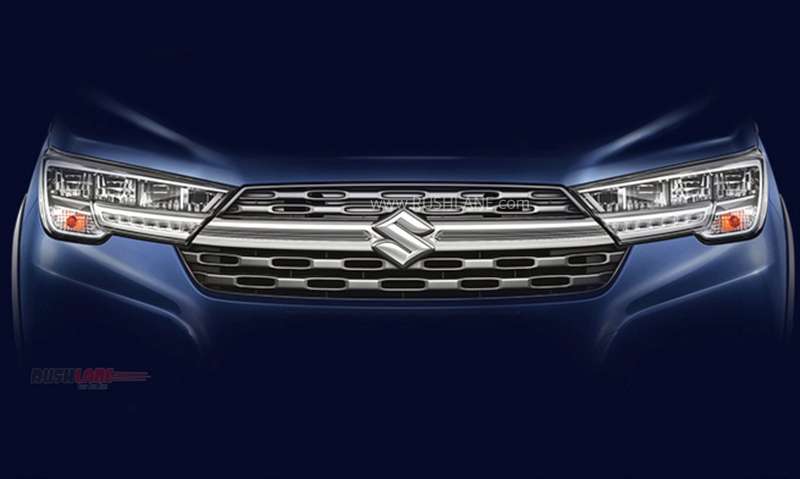 Maruti XL6 is the new MPV from the company. It is based on Ertiga, but comes with renewed styling, premium features, and 6 seats. Painted in a distinctive shade of Nexa Blue, which is also common to the Baleno, S-Cross, Ciaz and Ignis also sold via the company’s exclusive Nexa outlets, the new Maruti Suzuki Ertiga based Crossover XL6 sports a new front fascia.

It gets a new bumper design, rectangular fog lamp housing, angular headlamps with LED DRLs and a new front grille with two chrome slats and a chrome Suzuki logo. The sides of the crossover show off distinctive body cladding, blacked out parts, blackened C and D pillars, wing mirrors and new alloy wheels.

Maruti XL6 also gets new rear bumpers with skid plates and roof rails while ride height is increased. With the website now launched, first official images of the Maruti XL6 interiors as well as exteriors have been revealed. 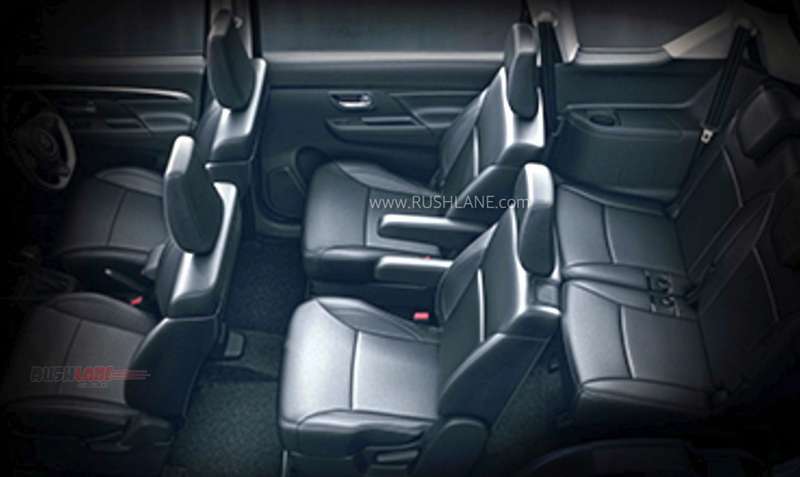 The interiors of XL6 also get detailed. As its name suggests, it will be a 6 seater as against the regular Maruti Suzuki Ertiga, which sports a 7 seater layout. The XL6 gets captain seats in the second row along with more luxurious interiors. XL may stand for Xtra Luxury.

The all black interiors enhances its premium stance as against the beige coloured cabin seen on the regular Ertiga. Though the upholstery is updated, interior space remains the same. Infotainment will be via Maruti Suzuki’s SmartPlay Studio which consists of a 7” touchscreen infotainment system with Apple CarPlay and Android Auto. It will also get automatic climate control, Cruise control, height adjustable driver’s seat, automatic headlamps and rain-sensing wipers.

Maruti XL6 Ertiga will come in with a list of safety features among which will be dual front airbags, rear parking sensors, speed warning system, seatbelt reminders for both driver and co-passenger along with ABS and EBD. These will be standard features offered across all variants while the top end variants could also get a rear camera. 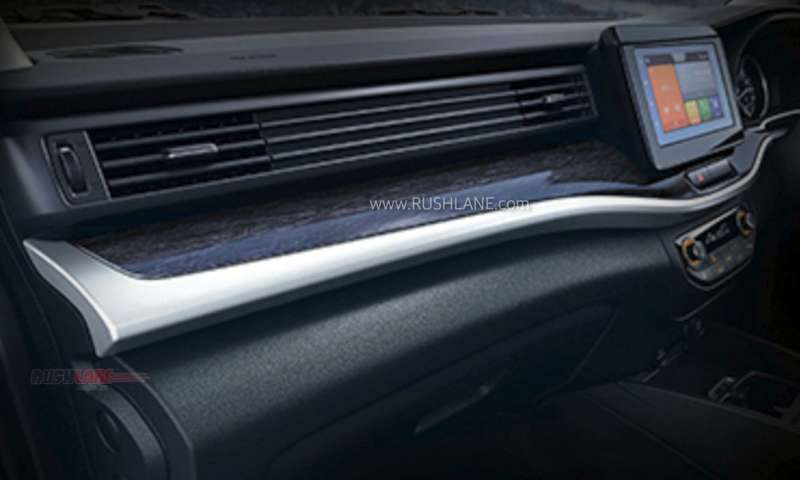 New Maruti XL6 will not be powered by the 1.3 liter diesel engine; as Maruti Suzuki plans to phase out this engine by the end of this year ahead of new BS VI standards coming into effect. The XL6 will only be offered in petrol engine option.

This will be in the form of a 1.5 liter petrol engine with mild hybrid technology, that also powers the current Ertiga, as well as the Ciaz. This BS VI compliant petrol engine offers 105 hp peak power and 138 Nm torque mated to a 5 speed manual transmission; while a 4 speed torque converter automatic gearbox could be introduced at a later stage.