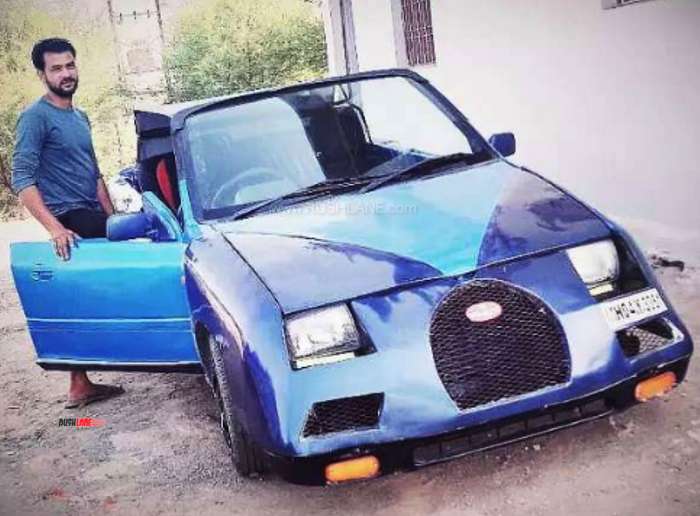 Modifying cars is a tricky business. You may have a very exciting idea in mind but after extensive (and expensive) work the final outcome could be entirely different. To make the matters worse, most of the changes you made on your car are irreversible, forcing you to grudgingly accept your blunder and move on. Looks like this is exactly the case with this poor old Maruti Zen which has been modified (unsuccessfully so) into a Bugatti Veyron!

The Maruti Zen is a neat little pocket rocket which could handle a bit of modification but what is mated out to this example is gross injustice. Looks like someone let ambition prevail over common sense. Usually there would at least be one or two nice things to say about a car mod no matter how blingy or audacious the final product is but we honestly don’t have anything to write home about this one.

Where do we even start? The tacky bodywork looks like it would disintegrate the moment you hit the first pot hole. The poorly finished horseshoe grille carries a Bugatti badge but nobody is gonna mistake this for the real deal. It is better we skip talking about the rear fascia design. 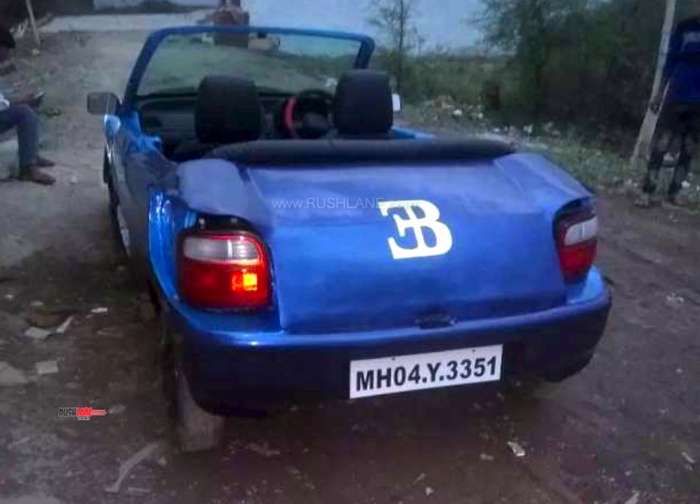 As if the hideous and front and rear bodywork aren’t enough, the modifier and the owner decided to cut off the car’s roof and replace it a removable tarpaulin unit. The absence of the roof, B- and C-pillars seriously compromises the car’s structural integrity and we highly doubt that whoever modified this car thought of reinforcing the floor pan. This car is as dangerous to travel in as it is ugly.

The dashboard has been left alone and we guess that’s a good thing. However, the elimination of the pillars and roof also means the glass windows had to be chucked out as well. So, if you are driving around in this car, people will get a good look at you. Trust us, you wouldn’t what that to happen!

The contraption started its life as a 1999 Maruti Zen. The owner claims that the hatchback only clocked 28,000 km in its entire two decades of life. It is unclear when the modification was done. The car is currently listed on Olx at INR 1.7 lakhs. We would be quite amused if somebody actually ends up buying this, errr, we still don’t know what to call it!