When it comes to four-wheelers, the French automotive industry has some powerful names such as Renault, Groupe PSA and even Bugatti (though its roots are predominantly German today). French automakers have had a dominant presence in the rich European automotive history.

In the two-wheeler category, French names rarely make it to the headlines unless it is a Peugeot product. For instance, Mash Motors’ new Desert Force 400 has not become an active topic of discussion among motorcycle communities across the globe even though it deserves to. Had it been available in more markets, Royal Enfield’s ‘350’ line would have received a strong rival like the new Jawa siblings and Benelli’s Imperiale 400.

The 2020MY Mash Desert Force 400 boasts of vintage military motorcycle DNA with updated equipment. Priced from €4,995 (roughly Rs 4.10 lakh), the motorcycle features some interesting accessories and styling bits as standard. However, production is limited to just 103 units. 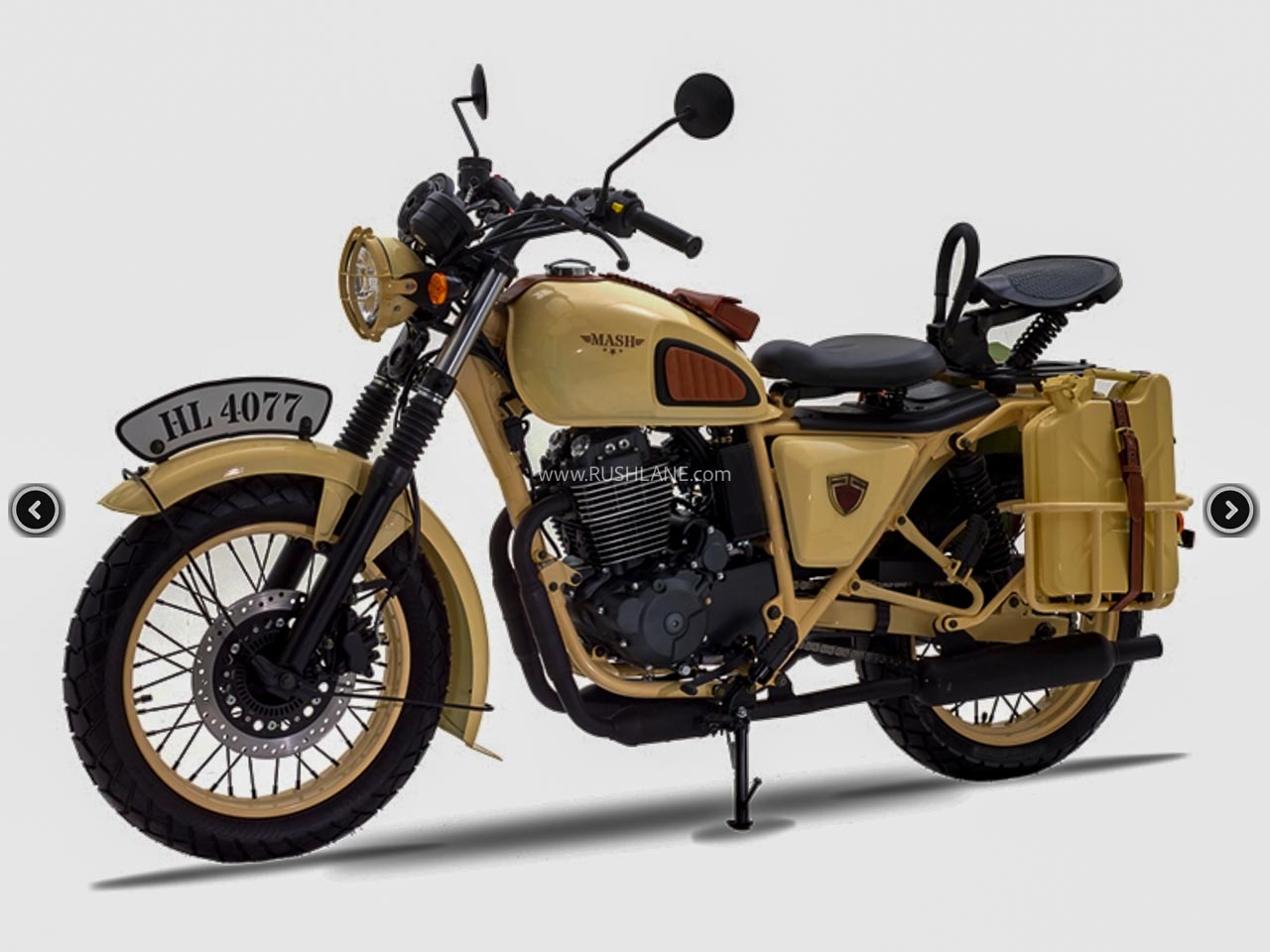 Finished in a ‘desert’ (or gloss beige) shade of paint with tan and black highlights, its design was inspired by US Army motorcycles of the 1950s. The minimal body panels, low-slung seating, headlamp grille, twin exhaust pipes, vintage-style side pannier and jerrycan, fender-mounted number plate, spoke wheels, etc., are signature traits of early times of motorcycling.

The rider backrest doubles as a grab handle for the pillion (who sits on a spring-mounted seat). Its 13-litre fuel tank wears a leather strap that can carry various bits and bob if the side compartments do not do the job. On an otherwise period-correct body, only its disc brakes, digital instrument console and modern engine design contrast aesthetically.

Powered by a 397cc air-cooled FI SOHC motor, the Mash Desert Force 400 packs about 26.6bhp and 30Nm of torque. The engine is mated to a 5-speed transmission. To put things into perspective, the latest BS6-compliant Royal Enfield Bullet 350 churns out 19.8bhp and 28Nm of torque from its 346cc air-cooled single. Meanwhile, the 6-speed Jawa siblings are good for 27bhp and 28Nm of torque with their 293cc DOHC liquid-cooled single-cylinder mill.

Mash Motors, owned by SIMA (which also deals with Royal Enfield in France), has a nice portfolio with engine sizes ranging from 50cc to 650cc. In the 400cc category, the brand has various scramblers, cafe racers and classics on offer. To top it all, Mash Motors is one of the very few mainstream two-wheeler brands that offer sidecars from the factory.