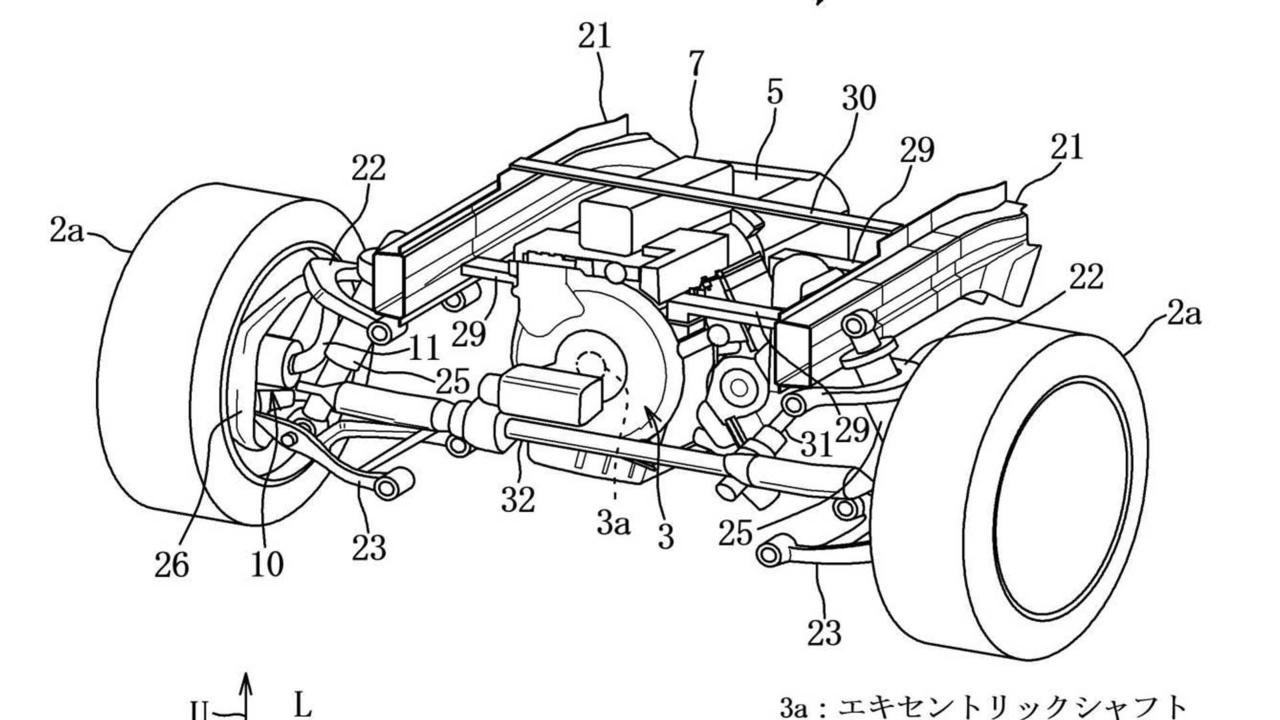 Japanese automaker Mazda has filed a new patent in its home country for an interesting powertrain. The brand’s unparalleled expertise in making Wankel or rotary engines could finally make a comeback in a hybrid avatar, with all-wheel-drive capability. In the minds of automotive enthusiasts, Mazda’s Wankel powertrains occupy a special heart. If one has a doubt about it, searching “mazda 787b sound compilation” on YouTube would help.

Of course, the iconic 787B is a Group C racing car with a four-rotor setup but Mazda’s road-going models of yesterday (namely the RX-7, RX-8 and Eunos Cosmo) are favourites as well. Mazda-branded Wankel powertrains remained on the market until the last RX-8 unit rolled out of the factory in 2012. While the regular line-up got pistons, Mazda continued employing rotaries in motorsport for a few years from then. Today, the company does not produce any rotary powertrain. Hence, a possible return of ‘Mazda rotary’ is an important piece of information.

The set of patent images explains almost everything related to its mechanical design. The powertrain comprises of a front-mounted ICE rotary motor that drives the rear wheels. Combined with this is a couple of electric motors (two in-wheel or hub units) at the front, linked to a capacitor + battery system. Mazda claims that this configuration offers significant weight savings compared to a conventional all-wheel-drive hybrid powertrain.

In theory and with sophisticated computing, the front axle could be made capable of torque-vectoring (not by braking). Furthermore, some interesting mechanical and electronic trickery could adjust the AWD bias between either axle. We already have cars that can completely switch between RWD and AWD on the fly and hence, it might not be a serious headache for Mazda’s engineering team. In fact, the patent states that the motors generate output only when it is required during “high vehicle speed range”.

The lithium-ion 48V battery unit is relatively small at a capacity of 3.5kWh. This does not mean it is weak as the system employs a capacitor alongside. Since the capacitor is pretty close to either motor, the high-voltage wiring is much shorter and lighter. This hybrid configuration can be achieved with an inline, flat or ‘V’ engine too but a Wankel unit would be the most fitting choice thanks to its compact dimensions.

It is too early to comment on when (and in which vehicle) Mazda’s new Wankel hybrid AWD setup would debut. Still, this is a promise that not everything in the near future would be as boring as several automotive purists expect.