It what stands as a testament to the production quality of the Mercedes-Benz India’s Chakan CKD assembly plant, the German luxury carmaker has decided to locally assemble its AMG performance variants.

Since their introduction in 2010, the go-faster models have been imported into the country as completely built units (CBU). The Mercedes AMG GLC 43 4MATIC Coupe will be the first locally assembled high-performance variant in India.

Mercedes AMG is the leader in India’s high-performance luxury car market and the local assembly is expected to further boost its strength. CKD cars attract significantly less duties than CBU models and hence can be priced more competitively.

Speaking about the decision to locally assemble AMG products, Martin Schwenk, MD and CEO, Mecedes-Benz India, said that the company wants AMG range to be more accessible to Indian customers and play a bigger role in the overall portfolio. He also added that the AMG GLC 43 4MATIC is one of the best selling AMGs in India. 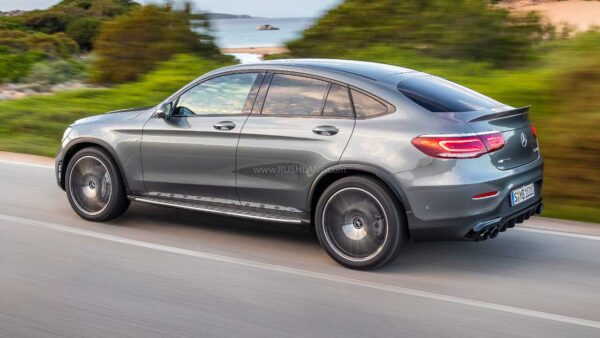 The exclusive AMG performance centers located in six cities – Hyderabad, Mumbai, Delhi, Pune, Kochi and Bangalore – are set to play a bigger role in retail sales, thanks to local assembly of AMG products.

Located in Chakan, near Pune, Mercedes-Benz India’s plant currently assembles 10 CKD models. The facility carries an investment of INR 2,200 crores and is has the highest installed production capacity for a luxury carmaker in the country.

Mercedes India is expected to launch the made-in-India Mercedes 43 GLC Coupe in the coming days. The company would pass on most of the benefits of tax saving to the customer.

The high-performance Coupe crossover is powered by a 3.0-liter V6 turbocharged petrol engine which is tuned to dish out 384 hp and 520 Nm of torque in its updated avatar. Power is distributed to all four-wheels via a rear-biased 4MATIC AWD system though a 9-speed automatic gearbox. 0-100 kmph is dispatched in under 5 seconds while the top-speed is electronically limited to 250 kmph.

Visually, the AMG GLC 43 Coupe differentiates itself from the regular variants by means of AMG body kit, alloy wheels and special materials on the inside. The CBU model which is no longer listed on the official website was priced at around INR 78 lakh (ex-showroom). Expect a significant drop in the price when the made-in-India version hits the market soon.

Mercedes’ move to localize its high-performance brand is likely to encourage its primarily rivals BMW and Audi to explore a similar strategy with their M and RS brands respectively. All the three German brands operate CKD assembly plants in India.