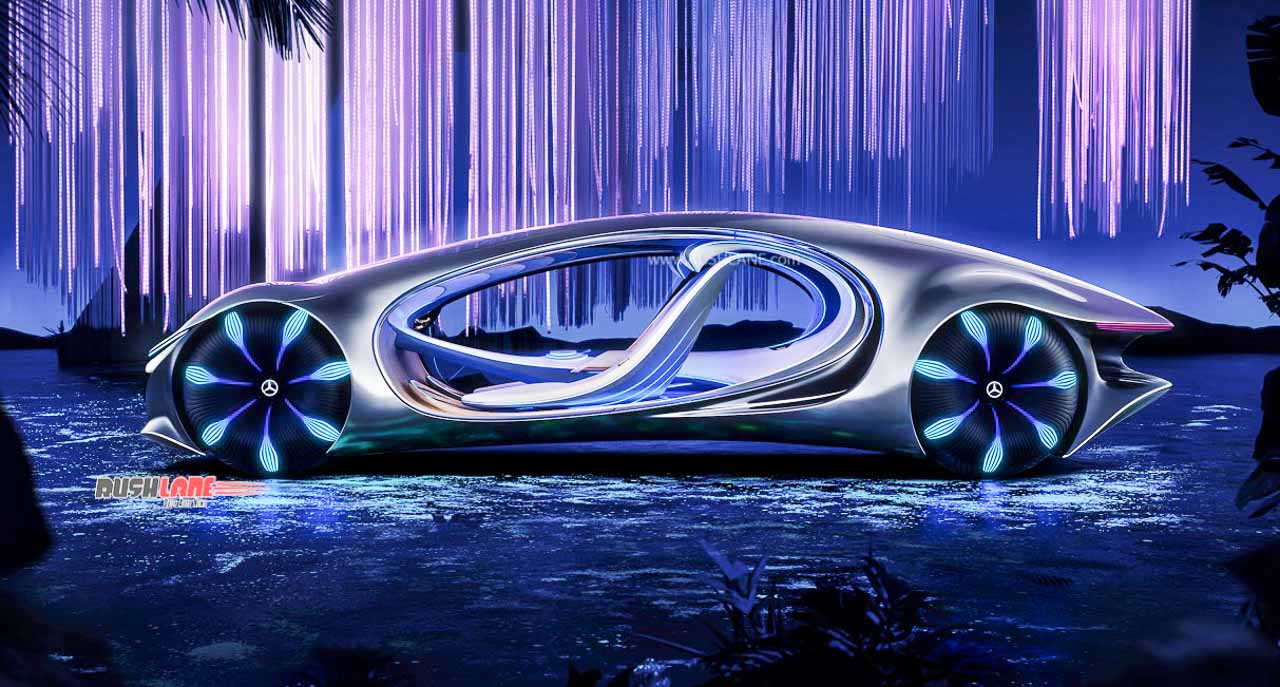 At the CES 2020 show in Las Vegas, Mercedes Benz has brought in a new concept car called Vision AVTR, for Advanced Vehicle Transformation. This concept, which has been inspired by the 2009 movie Avatar, and its upcoming sequels. The car was unveiled on stage by Avatar creator James Cameron.

The future car shows off an outlandish design with state of the art technology. Mercedes Vision AVTR is dominated by 33 movable, multi-directional bionic flaps which look like scales on a reptile.

These flaps, the company states, will be used to communicate with people outside the car while the AVTR also gets spherical wheels inspired by the “seeds of the Tree of Souls” from Avatar which rotate in such a way as to move the car sideways and diagonally.

This weirdly designed concept car has no steering wheel. Since this is a futuristic car with autonomous driving, the passengers interact with it via an oval shaped controller. Once the hand is on the controller, it vibrates along with the pace of one’s breathing and heart rate. The pulsing control pad allows for the management of all vehicles’ key functions.

The projections are displayed on a massive screen in the front of the car which has a triangular design. The seating is inspired by a hammock like structure where the Avatar creatures sleep in. For kids on board, which the company refers to as ‘inmates’ there is a Magic Pool which offers learning oriented games and child friendly reality experiences with points of interest along the route pointing to rivers, buildings and mountains.

The concept car is powered by graphene based organic battery cells that do not require earth’s minerals. This 110 kWh battery pack produces 470 hp power and allows for an estimated driving range of upto 700 kms while it also offers sideways upto 30 degrees crab movement. The interiors are made from recycled plastics and vegan “Dinamca” faux leather. The floor is made of a new type of wood called Karuun which has been harvested by hand in Indonesia.

The Vision AVTR, the reptilian shaped, four seater, glass sided vehicle presented at CES 2020 is intended to show off the way in which Mercedes envisions its path in the future and the company will offer more information about the Vision AVTR at a later stage. The car will not be in Avatar 2 when the film is released at the end of 2020.