Mercedes-Benz India plans to launch the facelifted coupe version of the GLC five-seater SUV on March 3, 2020. The new Mercedes-Benz GLC Coupe made its global debut earlier in 2019 and will come to the Indian market in ‘300’ petrol and ‘300d’ diesel 4MATIC formats. The facelifted GLC was launched towards the end of last year at a starting price of 52.75 lakh ex-showroom.

The facelifted GLC coupe models will feature all the new-age Mercedes features that are available in the regular SUV version. This includes full-LED headlamps and tail lamps, a 12.3-inch instrument cluster which is accompanied by a 10.25-inch touchscreen; plusher upholstery and more. One of the main highlights of modern-day Mercedes products is the MBUX (Mercedes Benz User eXperience) infotainment system which opens door to a whole range of functions by multiple methods of inputs: touchscreen on the dashboard, touchpad on the central console, steering-mounted controls and voice commands (which can be activated by saying, “Hey Mercedes”). 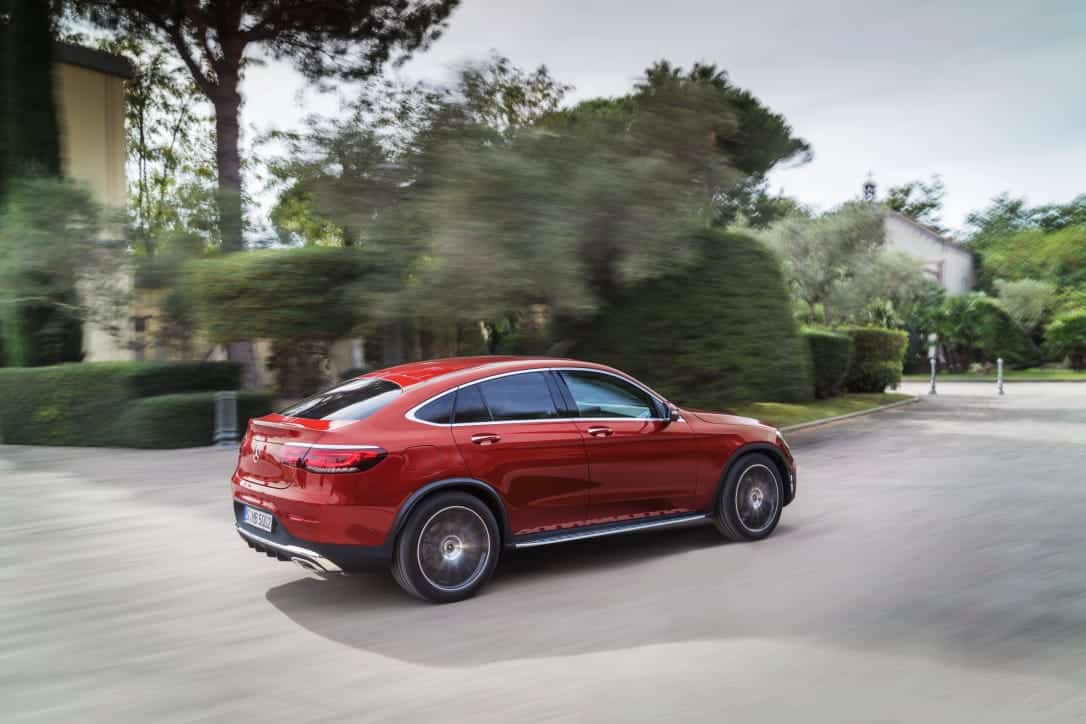 The Mercedes-Benz GLC Coupe 300 is powered by a 2.0-litre turbocharged four-cylinder petrol motor which makes around 255bhp and 370Nm of torque. On the other hand, the GLC Coupe 300d (which would most likely be the better seller) employs a 2.0-litre i4 diesel mill, good for roughly 245bhp and 500Nm. Both BS6-compliant engines are coupled to a 9-speed 9G-TRONIC automatic transmission. All-wheel-drive will be standard as the ‘4MATIC’ moniker suggests.

At present, the GLC Coupe is available in the country only in the sporty AMG GLC 43 4MATIC avatar, which costs around Rs 75 lakh ex-showroom. Since its Indian launch back in July 2017, the GLC 43 has found a decent number of takers for a performance SUV coming at the price point.

The current Mercedes-AMG GLC 43 is powered by a 3.0-litre bi-turbo V6 petrol engine that churns out 362bhp and 520Nm of torque. The engine is mated to the familiar 9-speed 9G-TRONIC automatic transmission (tuned to handle the extra output) that sends power to all four wheels via the brand’s proven 4MATIC AWD system. The performance SUV-coupe has an electronically-limited top speed of 250km/h. It is expected to come in the refreshed 2020 avatar (which has already hit global markets) at a later stage.

Expected prices of the new Mercedes-Benz GLC coupe are in the range of Rs 60-65 lakh ex-showroom. Once launched, it will be a direct rival to the likes of the BMW X4 SUV-coupe.