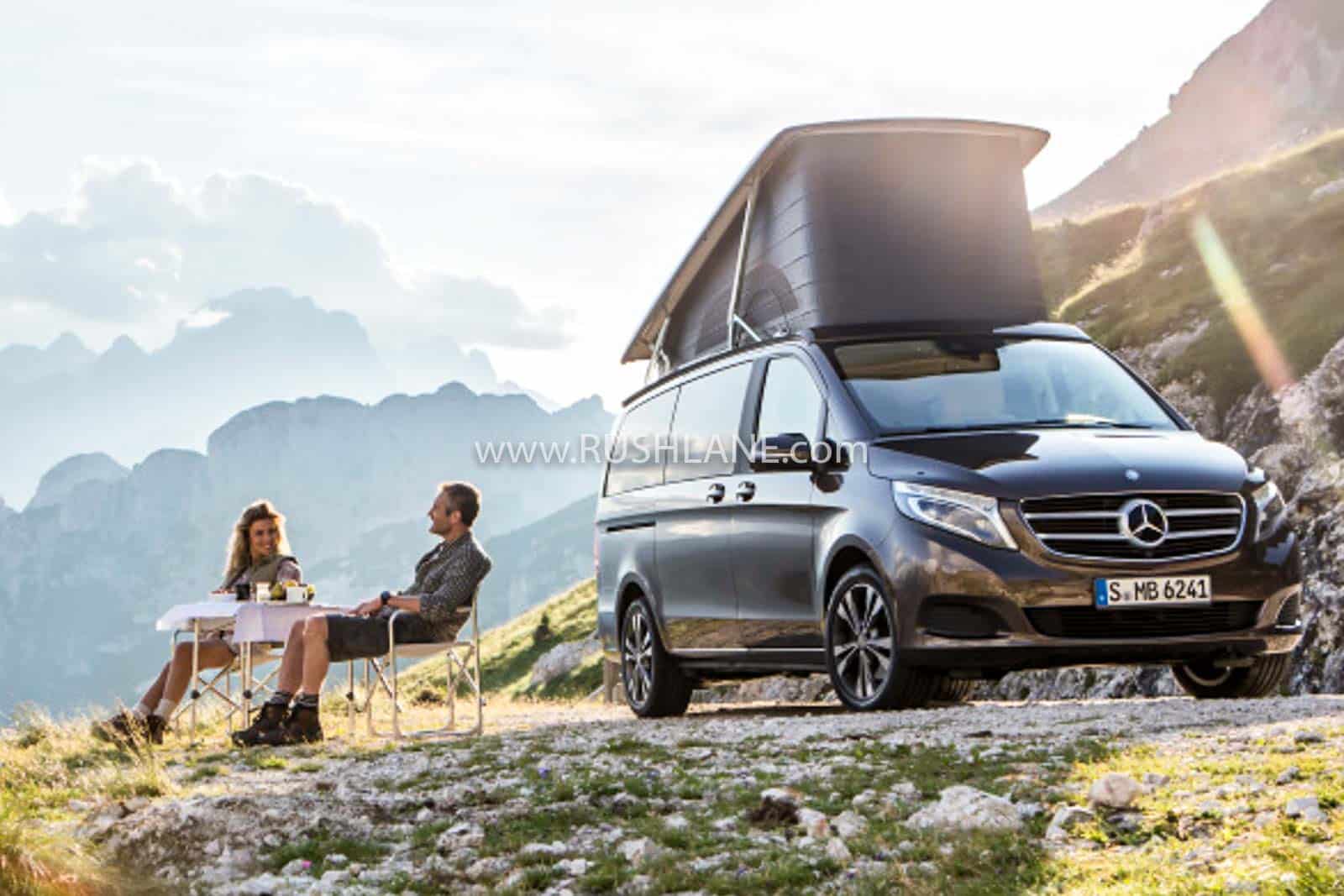 The Mercedes-Benz V-Class minivan is going to launch in a fully-loaded camper avatar at Auto Expo 2020.

As you may have heard, Mercedes-Benz India is the only luxury carmaker that would be present at the upcoming Auto Expo 2020. The German-origin brand plans to showcase its entire range alongside the debut of multiple new products, including a few AMG models. Now, we have received confirmation that Mercedes-Benz India will be launching the V-Class Marco Polo; the luxury camper avatar of the popular minivan.

The three-pointed star brought the V-Class to Indian shores back in January 2019 at a starting price of Rs 68.40 lakh ex-showroom. The luxury minivan (or MPV, if you will) arrived in two formats: Exclusive and Expression; which are basically the long-wheelbase and extended-long-wheelbase versions of the minivan’s base international variant. It is sold as a CBU product, but thanks to being imported from Spain, prices are considerably lesser than a conventional German counterpart. The V-Class range was later updated with the addition of the top-spec BS6-compliant Elite variant that has a price tag of Rs 1.10 crore ex-showroom. 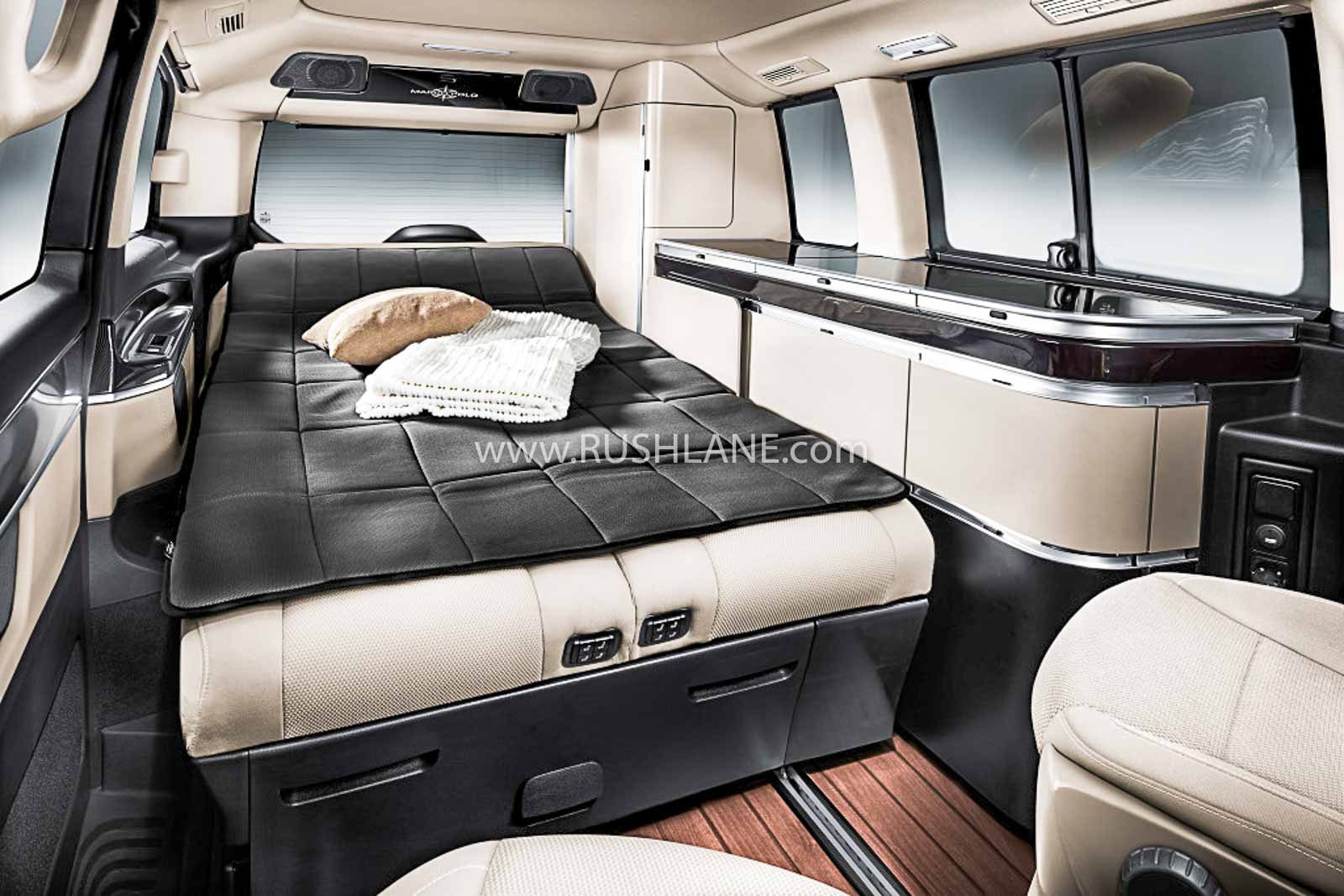 Coming to the new Mercedes-Benz V-Class Marco Polo, the vehicle essentially lets its passengers go on a round trip without having to worry about getting a nice place to stay. With a few mechanical adjustments in the rear passenger compartment, the V-Class Marco Polo transforms to your new temporary home. If you can cover the ownership and fuel costs, there’s no harm in making it your primary place of residence either. Unfortunately, you’ll have to look elsewhere for a bathroom. On the bright side, there’s a sink and running water supply inside.

The level of features and equipment inside the V-Class Marco Polo are too many to confine in this article, but at a quick glance, they include: multi-functional rear seats that can double up as a full-size bed, swivelling front seats, pop-up roof, make-do upper bed compartment (courtesy the pop-up roof), water supply, refrigerator, stove, lots of cupboards, wardrobes and other storage spaces; ambient lighting (quite a spectacle in this case), connections for external water and power supply, roll-out sunshade, couple of picnic chairs and a table; plus a lot more. 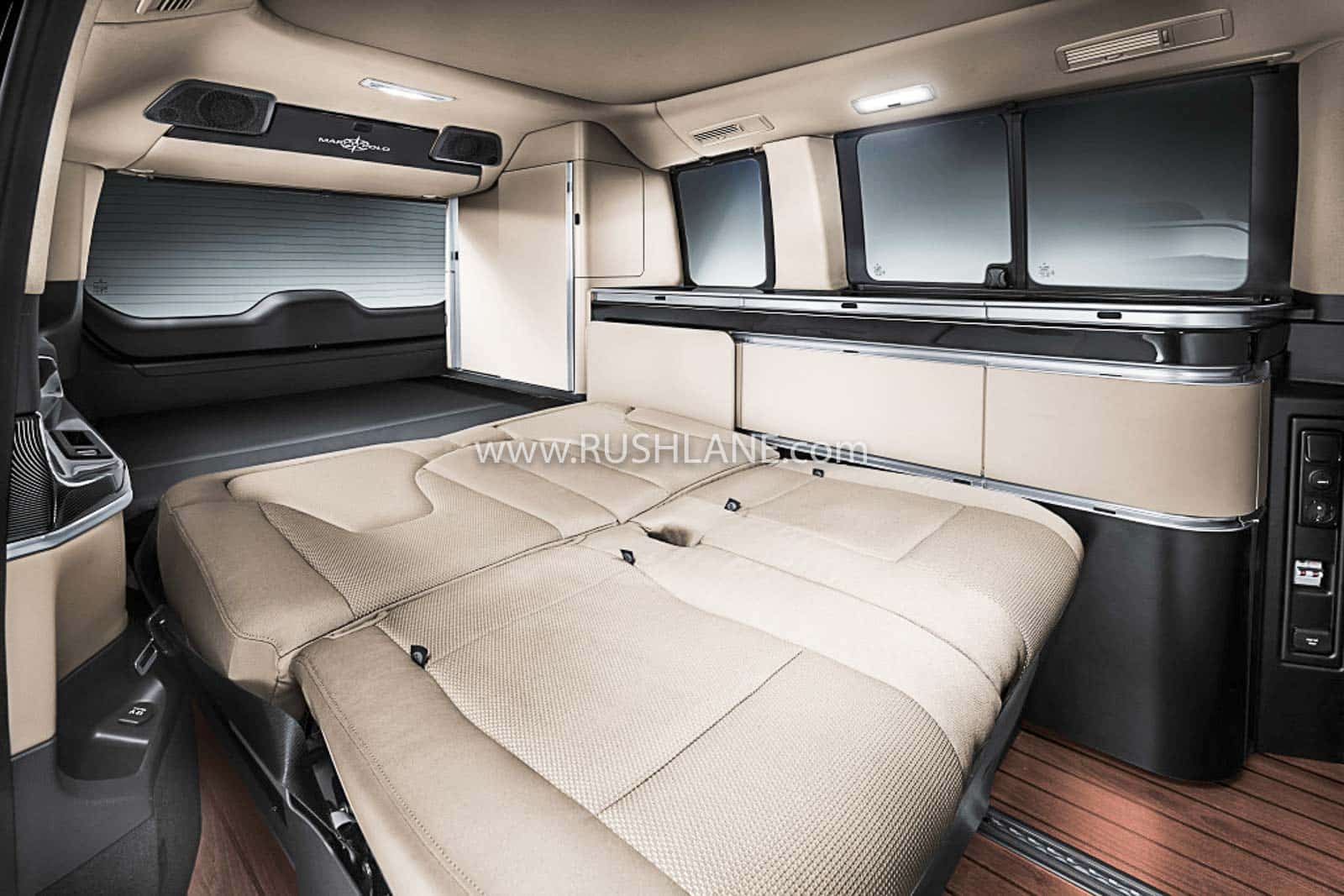 Owing to the long list, it is evident that the V-Class Marco Polo would cost substantially more than most Indian houses. It is powered by a 2.0-litre four-cylinder diesel power plant that comes with varied output depending on the trim. In the highest 300d format, the V-Class Marco Polo boasts of 239bhp, 500Nm and a bed that can hit 100km/h in under 9 seconds. In the lesser 220d trim (in which we get the V-Class in India), output figures drop down to 163bhp and 380Nm of torque. The engine is mated to a 9-speed automatic transmission. The initial V-Class variants debuted with a BS4 diesel mill with a 7-speed automatic.

In India, there is no direct rival to the V-Class Marco Polo even though the regular version has got alternatives such as the Toyota Vellfire and even the new Kia Carnival. Furthermore, the concept of a full-fledged camper is alien to the general Indian automotive market. Globally, the Volkswagen Camper California is a major rival to the Marco Polo and the bigger Grand California gets a shower and toilet as well — clearly, we have a winner.