Five time F1 racing champion and Mercedes driver Lewis Hamilton had earlier cited his conflicting emotions in holding the Grand Prix in India between the 2011-13 period. He had stated that he felt ‘conflicted’ after attending the Indian Grand Prix and had labeled India a ‘poor place’.

Following a massive social media backlash, Hamilton has now tried to clarify his stand. He has issued a clarification to all his Indian fans over this statement made and his Instagram and Twitter now states that ‘India is one of the most beautiful places in the world, with incredible culture’. 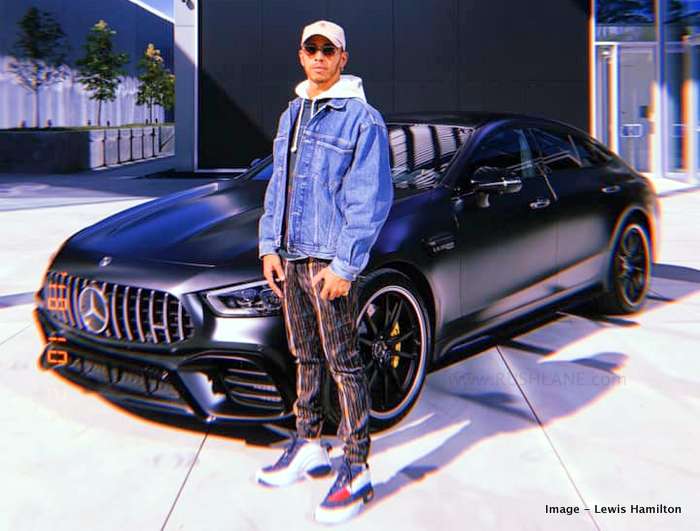 The Mercedes driver had earlier questioned the holding of Formula 1 races in countries where the audience are unfamiliar with the series. The Grand Prix was held at the Buddh International Circuit and while Hamilton admired the track and the facilities thereon, he stated that the track was in the middle of nowhere and while millions were spent on the track it is now never used.

He also drew attention to the fact that there were very few audience, either because it was too expensive or there was no interest. Hamilton was of the opinion that the millions spent on the track, that is now not in use, could have been spent on schools and homes for those in need. 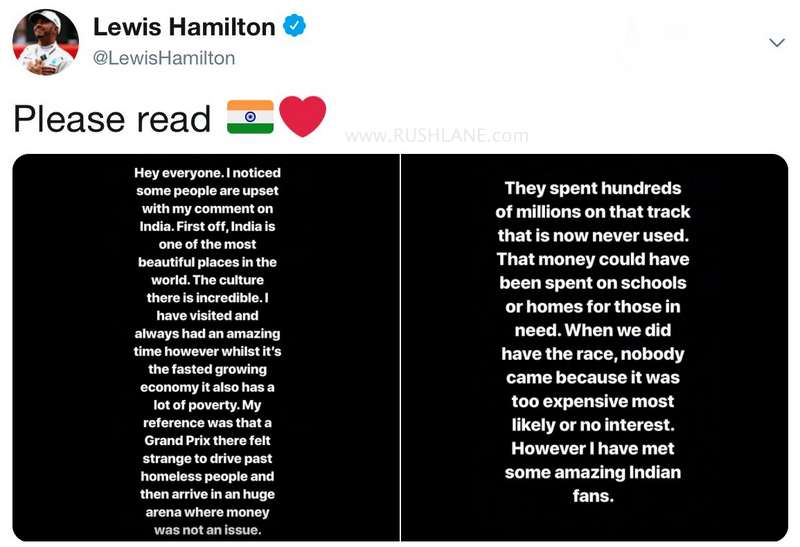 Hamilton felt conflicted as he participated in the India Grand Prix especially since the audience were unfamiliar with the series and more so when he had to drive past homeless people and then had to arrive at this massive arena where money was not an issue. Even as Hamilton was attacked on social media for his comment on India, he was supported by Toto Wolff, boss of Hamilton’s Mercedes F1 team. Wolff stated that Hamilton was merely making a stark contrast between the wealth and poverty in India as compared to the wider world in general. He stated that they are specially exposed to this contrast as they travel around the world as sporting ambassadors.

The Indian Grand Prix was held at the Buddh International Circuit, located on the outskirts of New Delhi from 2011-13. The location was later dropped from the racing calendar due to tax issues and bureaucratic red tape. Hamilton has also visited India on a number of other occasions for events organized by his sponsor.

India had spent an estimated $400 million in a bid to host the F1 season in India which also included the cost of a new track with a 1,20,000 seating facility in 2011. The venue is now given on rent to be used to have track days, wedding reception, etc.