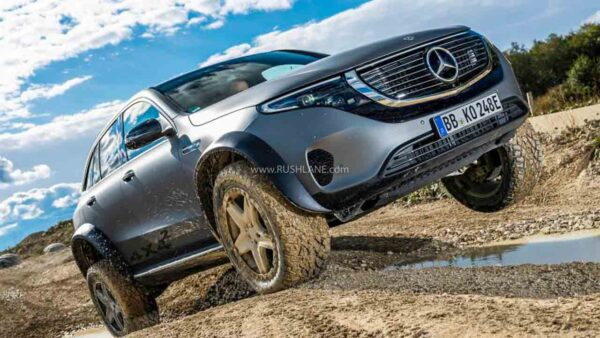 Future mobility is gonna take shape with the development of electric vehicles (EVs). It is being developed keeping sustainability, lower emission levels, convenience and affordability in mind. Strictly catering to these needs might not veer purists towards this direction.

Automotive enthusiasts always want to have a bit of fun with their vehicles which don’t necessarily comply with electric cars on offer. While most of the modern electric cars have power on both axles thanks to a dual-motor setup, they can’t be termed as off-roaders. 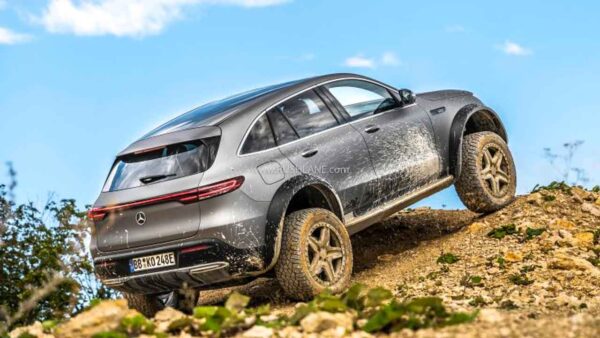 Differences between EQC 400 and EQC 4×4² Squared

The ECQ 4×4² Squared rides on higher grounds with better approach and departure angles. It is the third member of Mercedes’ 4×4² family. It still runs on the battery setup provided in the standard EQC. An 80-kilowatt-hour battery powers dual asynchronous electric motors, one on each axle, to generate a combined output of 402 bhp and 760 Nm of torque.

To make it look like a proper off-roader, Mercedes has added a roof rack, fender flares, and a tow hitch. At 293mm of ground clearance, it stands way higher than the standard EQC 400 which stands at just 140mm. It gets 20-inch alloys wheels which are wrapped with 285/50 section of tyres. The revised approach, departure and break-over angles also come in handy at 31.8 degree, 33 degree and 24.2 degree respectively. Its water wading capacity stands at 400mm which quite considering it is carrying a battery pack. 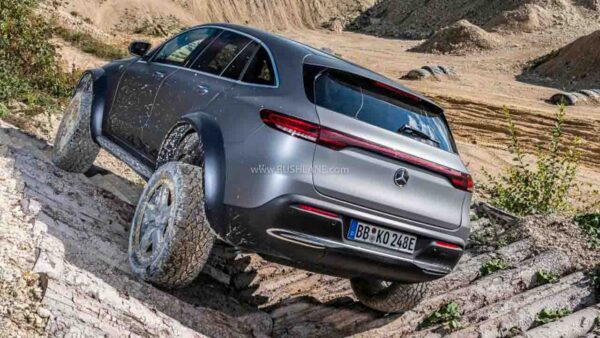 These improved numbers are thanks to the revised suspension setup. Instead of conventional suspension units, the EQC 4×4² Squared utilises a set of portal axles that allows the wheels to sit at a height much lower than the centre of axle owing to portal gears. The consequence of this that the wheel track is increased significantly therefore the need for makeshift wheel arch flares.

This offset lends the vehicle way more ground clearance thus improving its off-road capability. Similar suspension setup is also seen in the G-Wagon, which is arguably one of the best off-roading machines currently around the globe. A new off-road mode has also been added which has been borrowed from GLC. While taking off on loose grounds, this off-road mode enables an improved torque curve with the help of targeted brake interventions. 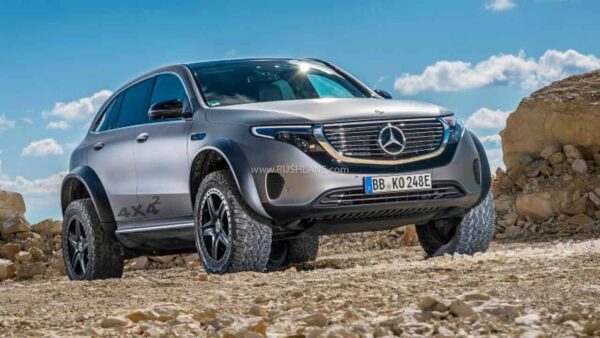 Prior to the EQC 4×4² Squared, Mercedes had two products in this range- G500 4×4 Squared and a Squared version of the Mercedes E-Class All Terrain station wagon. The former even went into limited production. The German marque hasn’t yet confirmed whether this concept will enter into production or not. If not, then it could very well pave the path for the upcoming electric G-Wagon- the new generation G-Class 4×4 Squared which will be based on V-8-powered G550.