One of the oldest Mercedes car tuner and restorer, Lorinser Classic has been in the business for over 80 years now. Their work is known globally, with some of their cars being purchased by famous celebrities from around the world. Their latest restoration work involves a classic Mercedes G Class.

The 1993 Mercedes G Class you see in the images here, was once a member of the Swiss Army and Rescue Forces. Having served time with different armed and rescue forces, the Mercedes G Class finally came into the possession of folks at Lorinser Classic. 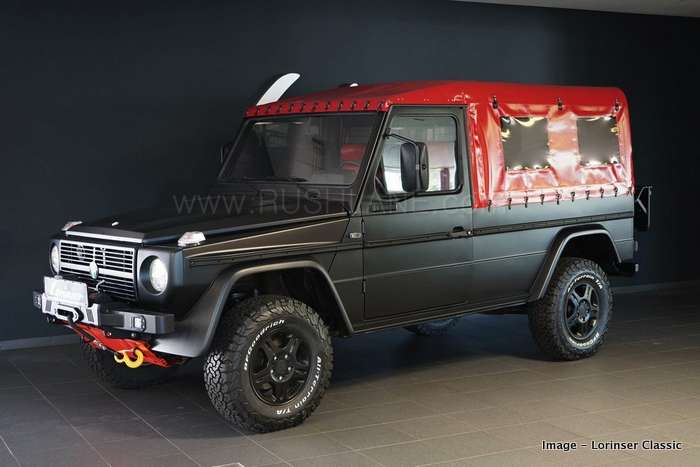 The 1993 Mercedes G Class here, is a long wheelbase variant. It receives a matte black exterior paint scheme with a removable red roof covering, a much needed feature, for the purpose it was originally built. Lorinser Classic has managed to restore the same color scheme, on the outside, as well as inside. 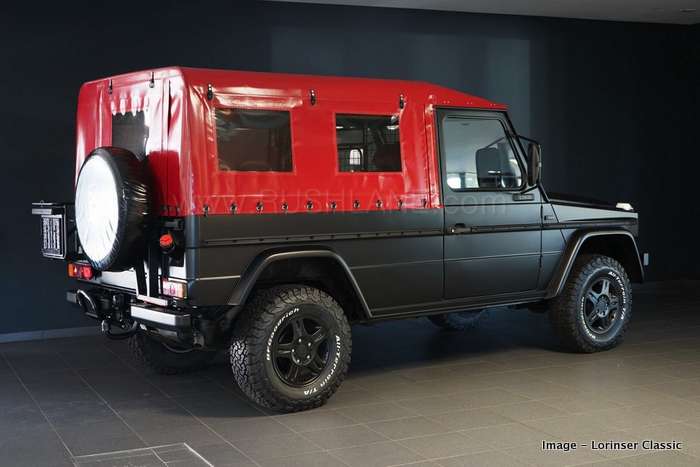 The restored G Class sits on black 16” wheels with Puch center caps. It is fitted with BF Goodrich all terrain tyres. The front bumper receives an integrated winch with LED lights. Where seating is concerned, the three door G Class gets seating for upto 6 people. These include two seats in the front and the rest at the rear, in a bench style seating arrangement that can be folded down.

The all terrain tyres and daytime running lights make the G Class highly competent over any sort of challenging terrain. It is powered via a 2.3 liter, 4 cylinder engine offering 114 hp power mated to a 4 speed automatic gearbox. The G Class features no Mercedes logo, because it used to be sold as the ‘Puch G’ in certain European markets, which also included Switzerland and Austria. Take a look at the detailed photo gallery of the restored G Class.