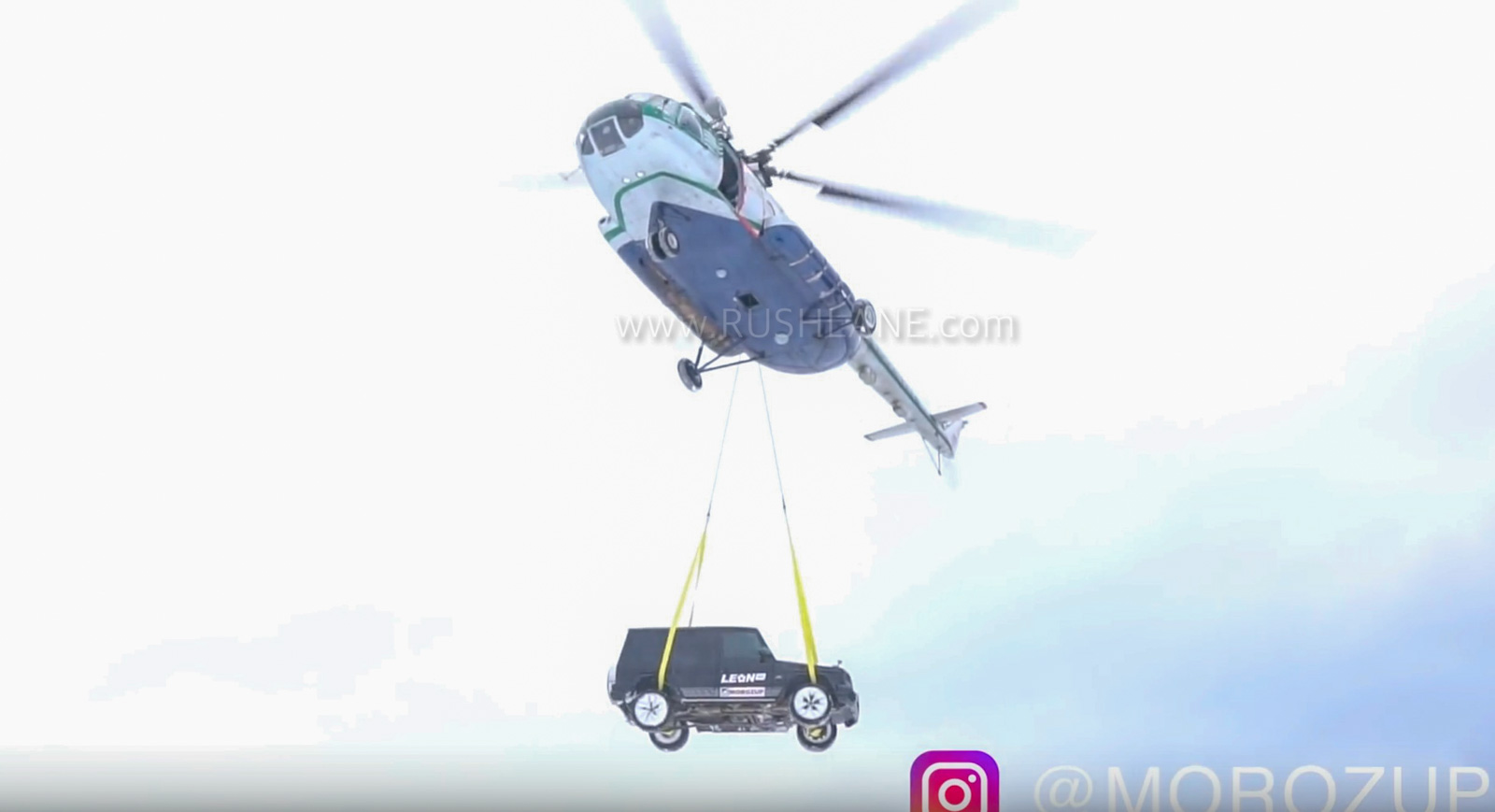 However, such instances will never be able to top the one made by this Russian guy, who dropped the largest and most expensive brick in the world — the Gelandewagen AKA the Mercedes-Benz G Class, or more precisely, the AMG G63 — from a helicopter!

Russia is quite the place when it comes to totally random and insane automotive YouTube content. While the country may not have a strong automotive background (except for the Lada and a range of military vehicles), Russian folks always manage to come up with some kind of comedy involving cars. In fact, if you type in “funny Russian car videos” on YouTube, you will understand what we are talking about.

Coming back to the topic, the previous-generation W463 Mercedes-AMG G63 in question met this fate for being an extremely half-baked unit. It is not a secret that expensive European cars may not be the most reliable choices for prolonged use, but according to Igor Moroz (the Russian vlogger who did the act), this particular AMG G63 had an unreasonable amount of glitches lately.

To add to the frustration, Igor had consulted his local dealership multiple times to find a reliable fix and was often denied essential repairs even while being under the warranty period. Do keep in mind that this is after having to shell out around $200,000 (around Rs 1.42 crore, before taxes) without any form of discounts, back in 2018.

Left with no other option, he decided to take matters to the skies by tieing the G-Wagen to a Mil Mi-8 transport helicopter and dropping it from 1000ft above the ground. Of course, being an established YouTuber, Igor Moroz documented the entire act using professional videography. The seven-minute video starts with Moroz explaining his problems with the SUV and how he plans to make it glitch-free by ceasing its very existence — as a bet.

The drop lasts for 10 disheartening seconds before the G-Wagen becomes nothing more than a pile of metal, leather and rubber. Hundreds of active Russian used- and salvage-car dealerships and websites seemed less serious at that very moment.

The extremity of the bet was not enjoyed by everyone and reports state that the local police department has started an investigation into the same. Regardless, Igor Moroz’s interesting little content managed to hit a million views (and counting) on YouTube within a week’s time. After all, any YouTube content idea is created to grab the most views, likes and shares. Every other outcome comes second.

The Mercedes-Benz G-Class is arguably the best off-roader, money can buy. Available in both diesel and turbo petrol formats, the Gelandewagen features three-locking differentials and every other essential equipment to go over any forms of terrain you put it through. Even though we may hear jokes on its ‘brick design’, there’s no denying the fact that the timeless and purpose-built lines have a lot of fans all around the globe (including us).