Mercedes Benz India has plans to introduce a more premium version of its flagship GLS SUV in India. New Maybach GLS is one of the most premium offerings by the German carmaker and has been planned for India launch, but it has materialised as of yet.

GLS Maybach was officially unveiled for global markets in November 2019 at Guangzhou Motor show in China and was officially launched in American markets earlier this year at a price of $1,61,550 (approximately Rs 1.2 crore). With the pandemic taking over, plans of Mercedes Benz to launch this car in India seem to have gotten delayed.

Now ahead of its India launch, a Mercedes Maybach GLS has been spotted in Trichy, Tamil Nadu by automotive enthusiast Pravesh. The photos show the luxury SUV wearing a temporary registration plate.

Though the SUV looks exactly like the Mercedes Maybach GLS, it is not one. This is a Mercedes GLS 400d, which has been modified with a Maybach bodykit. The modification was carried out in Coimbatore, Tamil Nadu. Hat tip to Dinesh Srinivas for sharing the details. 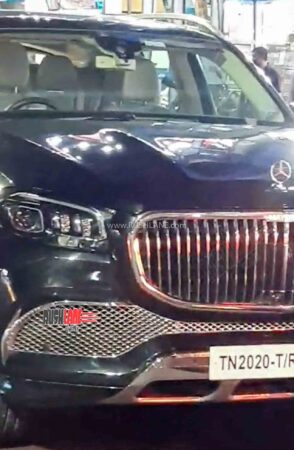 The starter motor is responsible for providing 21 bhp and 249 Nm torque for a short period of time. Power is sent to all four wheels via 9-speed torque converter automatic transmission and Mercedes’ 4Matic all-wheel drive. The German carmaker claims that the full-size SUV can clock a 0-100 kmph in just 4.9 seconds considering its huge size and weighing at 2,710kg. Its top speed has been electronically limited to 250 kmph. 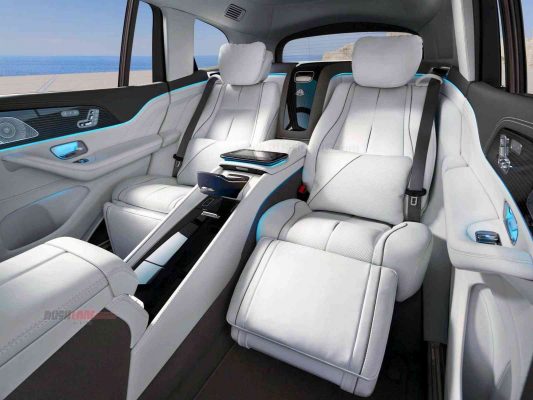 Coming to its exterior styling, GLS Maybach is laced with heavy chrome inserts to accentuate its big and bold design. The primary highlight, however, remains the fine vertical slatted Maybach radiator grille dipped in chrome, giving vibes of a Rolls Royce. It gets massive 22-inch or 23-inch options of multi-spoke alloy wheels. It also receives a ‘Maybach’ brand emblem on its D-pillar along with a dual-tone exterior colour scheme.

Speaking of its interiors and features, Mercedes Maybach GLS outclasses the brand ‘Mercedes’ itself. It receives a long exhaustive list of features some of which include a 12.3-inch digital instrument cluster, a 12.3-inch MBUX infotainment system, Burmester surround sound system. 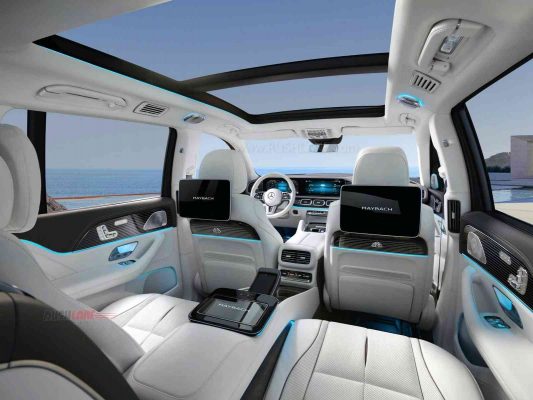 Dashboard finished in Nappa leather, panoramic sunroof, LED optical fibre ambient lighting with 64 colours, folding tables and a refrigerator. Taking safety and ride comfort to a whole new level, it is offered with a camera that scans the road ahead and according to makes adjustments to smoothen out the bump.

Despite being a full-size premium SUV, the model is restricted to four passengers only. Mercedes Benz India is expected to launch Maybach GLS luxury SUV next year. Price will be in the region of Rs 2.5 crore. It is a rival to the likes of Bentley Bentayga. 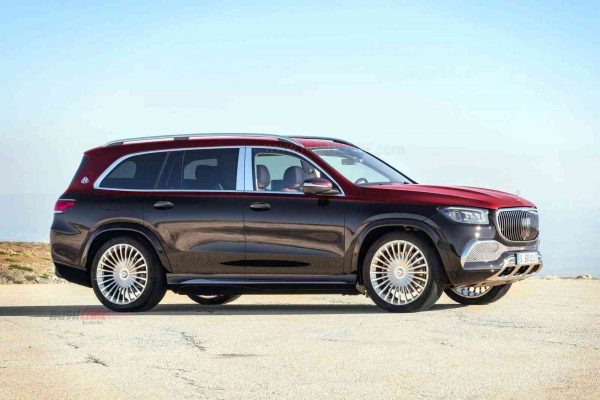