In this case twas a little kitten that needed rescuing. Jayesh Tailor and his family were visiting Bombay from Surat, when the family’s pet dog, Lhasa Apso, Bruno was eagerly curious about something none else had quite sensed yet. That, and faint sounds made the family take stock, as they decided to get to the root of the issue.

Upon figuring the sound was in fact a faint meow, the driver stopped driving, and the family tried peeping under the car to see if they could rescue the animal. 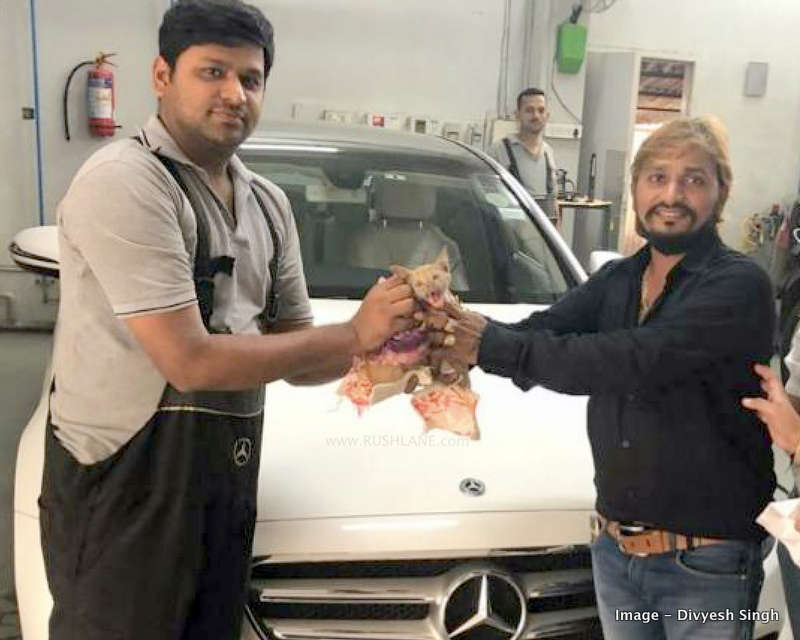 While they did spot the kitten, rescuing it appeared to be tricky as the brown kitty had lodged itself in a narrow space near the chassis.

Stopping at the roadside saw enthusiastic participation from good samaritans, including pedestrians, a mechanic by the road, and Sion coppers. The businessman then decided to seek help from the Mercedes roadside helpline, and drove the car with utmost care to the company’s Kalina workshop. 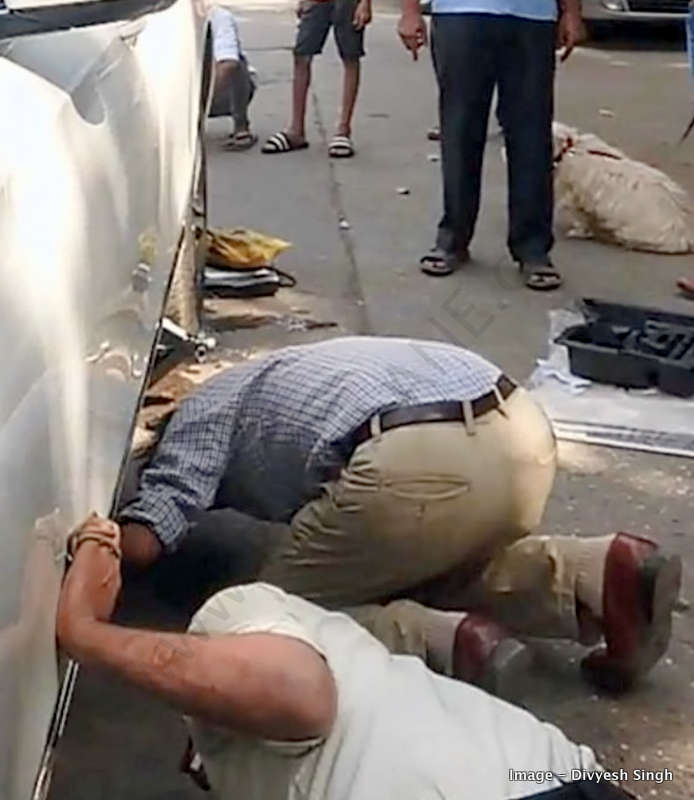 The car was then propped up, and the kitten rescued after a few hours. This because the cat had shifted from it’s original place and lodged itself at a slightly more difficult place to access near the engine bay. It also took a while to locate the cat again as it wasn’t continuously meowing.

The dealership technicians hadn’t ever dealt with something quite like this but did a swell job, and were pragmatic about it. The Tailor’s were not charged for the service. It ended rather well for the little kitty. Anupam Mhaske, an employee at the workshop was ready to give the kitten a permanent home.

It is believed that the kitten must have climbed into the engine bay while it was parked. Cats are usually looking out for spaces which are hidden, and warm. Car’s engine bay is one of the perfect places for them, especially during early morning. It is always a good idea to give a slight nudge on all four tyres of your car before you start off. If there is a cat or dog under / inside your car, they will get out.