Following the Indian government’s move to allow OEMs to import 2,500 vehicles per year without homologation or local certification, Mercedes-Benz India is evaluating the market to introduce vans. The Mercedes V Class people carrier could be the first model to be introduced under this non-homologated category if the company feels there is enough potential.

Talking to Times of India, Micheal Jopp, Vice President, sales & marketing, Mercedes-Benz India Ltd., has stated that the company is currently assessing the market situation for vans. He feels that there is surely a potential for a luxury people carrier. Given that the V-Class will be imported as a CBU, it would attract cumulative duties of around 180%, putting the pricing tag in the ballpark of Rs 60 lakhs. 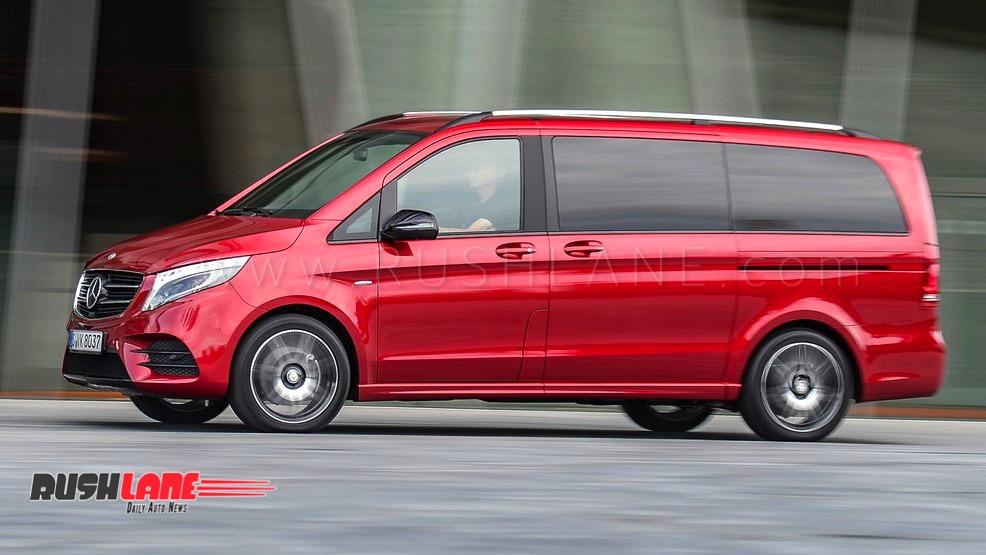 The relaxed import regulation allows luxury manufacturers to experiment with models which are otherwise not considered for India due to unfavorable cost vs volume equation. With the Mercedes V Class, the company would be targeting fleet operators and luxury hotel chains. Globally, the V Class is available in three wheelbase variants with maximum seating capacity of 8 people. Given that it will be a CBU import, Mercedes India could offer all the three variants based on order.

The luxury van is a quintessential Mercedes with top quality interiors, premium exteriors, powerful engines and a lengthy equipment list. If Mercedes decides to launch the V Class in the country, the mostly likely model would be the V 250 d which is powered by a 2.2-litre turbocharged diesel engine. In the V 250 d guise, the motor is tuned to produce 190 PS and 440 Nm of torque and is mated to the 7G-TRONIC PLUS automatic transmission.

In addition to the V Class, the relaxed import regulation would allow Mercedes to easily launch several brand shapers in India including AMGs, Cabriolets, etc. This rule opens up a lot of possibilities for other luxury brands as well.

At the same time when Mercedes is planning launch of their V Class in India, Toyota is also looking to enter a similar segment. They had showcased the Hiace super-luxury van at the Auto Expo. Later, the van has also been spied on test near Bangalore wearing a red number plate. If launched, the Toyota Hiace too will be priced in the region of Rs 60 lakhs.