Royal Enfield Meteor 350 had already generated quite a bit of buzz even before its official launch and it was bound to happen. For a bike so highly anticipated since its inception, numerous delays in launch have only heightened the anxiety levels of audiences especially Royal Enfield lovers.

Just this week, the bikemaker announced its official launch date through a launch invite teaser featuring Royal Enfield CEO Vinod K Dasari. With its launch set for November 6, RE has shared multiple new teasers today of the upcoming retro-cruiser on its various social media handles.

This has certainly peaked the excitement to another level. These new 15-second teasers, gives a brief glimpse of the upcoming bike, and of course the exhaust note. In addition to this teaser, Royal Enfield’s Boss, Siddhartha Lal has shared his own blog – where he explains the idea behind Meteor 350. In this, he is also seen riding the upcoming Meteor 350 on the open roads. The image also gives a clear look at the bike’s front end.

The image shows typical round headlamps, round turn indicators and large windscreen suggesting the bike in this pic is top-spec trim. Lal has also gone on to explain the evolution of Meteor 350 and the brand’s cruiser motorcycles over the years. It all started in the 1980s when Royal Enfield developed Citybike which was the birth of quintessential American style cruiser bikes in India. 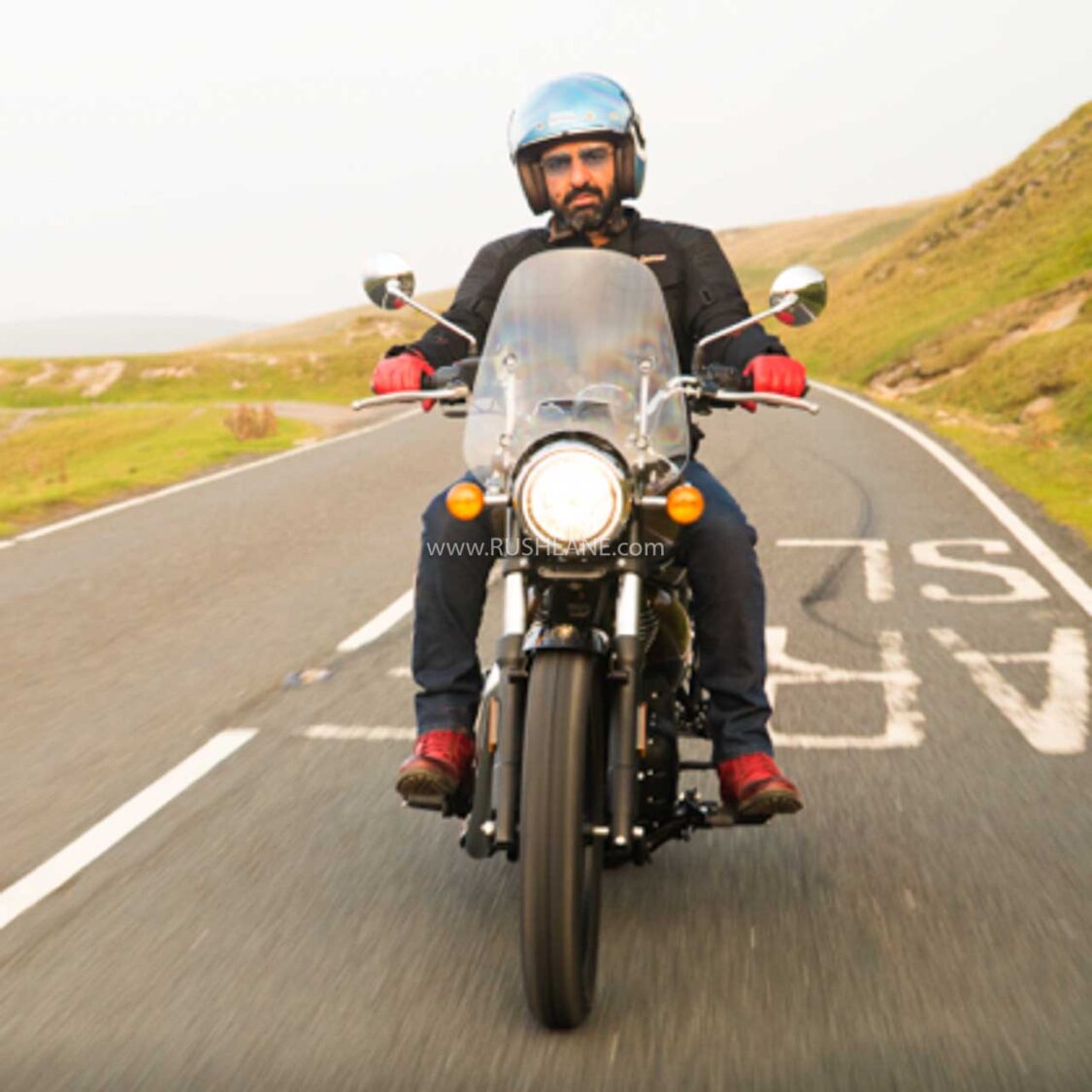 This was followed by Lightning 535 in the 1990s which came with a very powerful 535cc engine and became an instant hit. However, the cruiser revolution was truly started with the advent of Thunderbird in 2002. It was a revolution in the truest sense since Royal Enfield for the first time offered a new 5-speed gearbox and moved the gear-shifting to the right side of the bike. This attracted a new set of audiences who wanted to upgrade to a cruiser bike.

A more aggressive and sporty derivative of Thunderbird was launched in 2018 named Thunderbird X, aka TBX. The Thunderbird range of motorcycles was discontinued earlier this year and will be replaced by Meteor 350. Lal further goes on to say that the introduction of Meteor 350 adds a whole new chapter to the brand’s legacy as it comes with many firsts such as a brand new platform, a new powertrain and many new features. You can read his full blog here.

As discussed on many previous occasions, the Metro 350 will be offered in three variants- Fireball, Stellar and Supernova. It will be powered by a 349cc air-cooled, single-cylinder engine which generates 20 bhp and a peak torque of 27 Nm. When it comes to price, it is expected to be pegged competitively between Rs 1.60 lakh and Rs 1.80 lakh (both prices ex-showroom). It will directly compete with Honda H’Ness CB350.