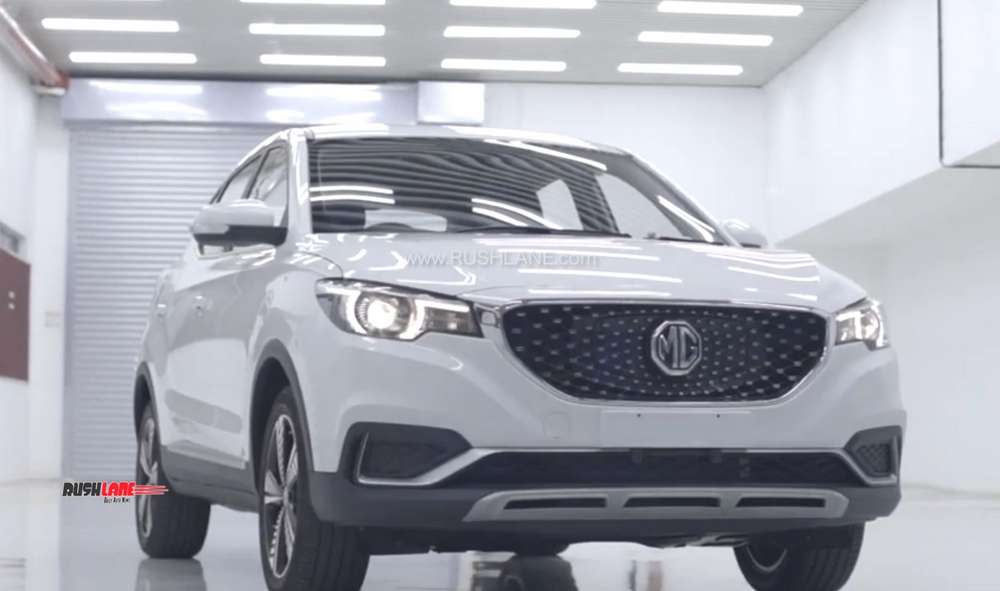 Having revealed the MG Hector SUV in India ahead of its launch this month, the Chinese-owned automaker is already working on its second product in our market, the eZS electric compact crossover. MG has already announced that the eZS will be launched in India in December 2019, and today, they have revealed the making eZS via official video.

The MG eZS is essentially the electrified variant of the ZS compact SUV, which is on sale in China. It made its world premiere at the Guangzhou Motor Show last year. Apart from India, MG is set to introduce the zero emission crossover in several international markets towards the end of this year including the UK, Middle East, Southeast Asia, Germany, Australia, etc.

In terms of styling, with its chrome highlighted grille and sleek projector headlamps, the eZS’s front end reminds us of the Mazda CX-5. The overall design is not striking but the SUV does look proportionate and handsome. The MG eZS distinguishes itself from its petrol-powered sibling by means of a new alloy wheel design, exclusive light blue exterior color options and a charging socket concealed behind the front grille. Watch the MG eZS being manufactured at company plant in Halol, Gujarat below.

“The MG EZS, as one of the first locally produced global EVs, will mark a new chapter in environment-friendly mobility in India. We are delighted to be one of the first carmakers to enter this space in India. aim to bring accessible electric motoring to the customers in India upon its introduction by the end of this year,” said Rajeev Chaba, President & Managing Director, MG Motor India.

The SUV which will target young urban dwellers will be equipped with MG’s i-Smart Next-Gen suite of connectivity features. Needless to say, the interior will be equipped with a touchscreen infotainment system. At the time of announcing the eZS’ launch timeline, Rajeev Chaba, President & Managing Director, MG Motor India stated that more details about the vehicle’s specifications and features will be revealed at a later stage. In the Chinese market, the electric compact SUV is powered by a 150 hp electric motor which derives current from a li-ion battery pack. The car has a claimed range of 335 km on a single charge as per NEDC cycle (which has been replaced by WLTP cycle in Europe).

The MG eZS is expected to receive a sizeable subsidy from the Indian government as per the FAME-II (Faster Adoption and Manufacture of Electric and hybrid vehicles) scheme. It will be positioned as a brand shaper rather than a volume puller. The eZS will compete with the Hyundai Kona which is also slated to be launched on 9th July.