SAIC-owned MG Motor India is getting ready to launch its fourth and most premium product, Gloster after the success of the Hector, Hector Plus and ZS EV. The all-new MG Gloster ‘full-size’ SUV is essentially a badge-engineered Maxus D90, a premium product sold in foreign markets as a rival to the Toyota Land Cruiser Prado, mid-level Jeep models and even Land Rover’s entry range.

The company has already showcased the 2020MY MG Gloster in India back at Auto Expo 2020. However, the display unit looked like a last-minute job, especially with its interiors darkened out. Like every other MG product in the country, the new Gloster is expected to be priced competitively. It would most likely hit the market in a month or two.

Once launched, the MG Gloster will be a compelling alternative to India’s popular ‘mid-size’ SUV trio, Ford Endeavour, Toyota Fortuner (facelift in the works) and Mahindra Alturas G4. Over the months, we have shared multiple spy shots of the production-spec MG Gloster. Images suggest that it would be available in multiple trims and accessories, each having a ‘badge overload’ at the rear. 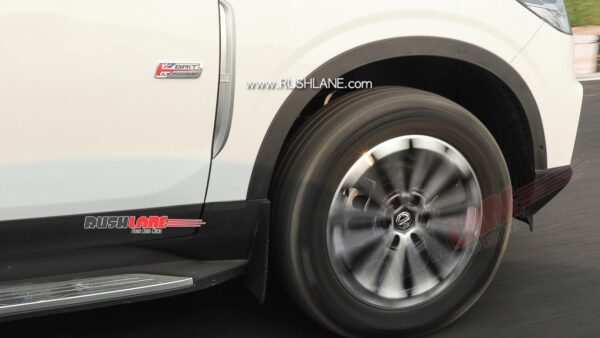 In a new spy shot, one can see a ‘Brit Dynamic’ badge on the front door. ‘Brit Dynamic’ signifies the highest standards of the brand’s British automotive engineering expertise. This is mostly found on higher variants of MG Motor’s UK and Thailand portfolio. According to the company website, products wearing ‘Brit Dynamic’ badges showcase ‘The British Automobile Standard’ of performance, handling, design and safety.

It is worth mentioning that the donor, Maxus D90 is manufactured in Jiangsu province, China. Other major MG products are designed and developed at the brand’s state-of-the-art facility in London. 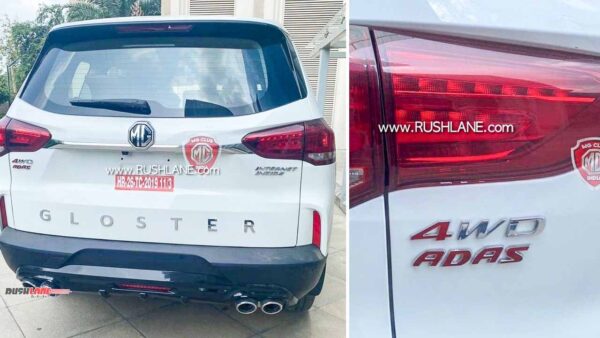