MG Gloster has been one of the most keenly awaited premium SUV in India this year. Ever since it was first revealed in India at the AutoExpo 2020 earlier this year, the SUV has generated considerable buzz among buyers. Though MG has not revealed the launch date yet, sources reveal launch of Gloster is expected around 7th October.

Gloster is a rebadged Maxus D90 which is retailed in China by SAIC, the parent company to MG Motor. For the uninitiated, the Gloster will be a full-size three-row SUV. The SUV is built on a ladder on frame chassis and its huge size makes sure it has enough road presence for other cars to make way for it.

Its octagonal three slat grille gives the onlooker a bold and aggressive vibe which is flanked by the signature MG logo at the centre. The aggressive front fascia is complemented by a muscular bonnet and sleek LED projector headlamps with integrated LED DRLs. Along with being huge and muscular, it is also gets a powerful engine with on demand 4×4 system and drive modes (Rock, Sand, Mud, Snow). Take a look at the latest TVC video of Gloster, in which it shows its off-roading prowess.

Aiding Gloster in off-roading are also – Five Link Integral Rear Suspension and a separate rear differential lock button with Borg Warner Transfer Case. Such features will bring back the legacy of premium off roaders like Prado and Pajero in India.

Gloster also receives LED taillights at rear and 19-inch multi-spoke alloy wheels with a silver-grey paint scheme. Coming to its dimension, the full-size SUV measures 5005 mm in length, 1,932 mm in width and 1,875 mm in height which makes it the largest in its category.

Being a premium SUV, the Gloster is said to offer tons of tech to make the on boarders’ ride a convenient and comfortable one. The long equipment list consists of ventilated front seats, a panoramic sunroof, a large 12.3-inch touchscreen system compatible with Android Auto and Apple CarPlay, iSmart connectivity technology, multi-zone climate control, electronic parking brake with auto hold function and a whole lot more.

The Gloster is also equipped with an Advanced Driver Assistance Systems (ADAS) which performs a range of functions such as adaptive cruise control, lane departure warning, blind-spot monitoring, front collision warning system and auto park assist. The last feature will make it the country’s first Level 1 Autonomous premium SUV. in terms of safety, it will come with front and side airbags for all three rows, driver fatigue alert, ABS with EBD and electronic stability management. 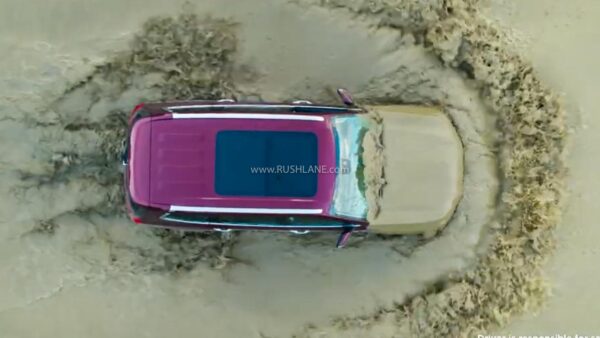 When it comes to powertrain, MG will offer the Gloster with a 2.0-litre twin-turbo diesel engine which is capable of producing 218 bhp and 480 Nm of torque. This unit is likely to be paired with an automatic gearbox only. It will also be equipped with a shift-on-fly 4WD system to make it a competent machine on tough terrains. The 2.0-litre turbocharged petrol unit which is offered in Maxus D90 in China is unlikely to be offered in the Gloster. Price will be in the Rs 45-50 lakhs range.