MG Motor India, under SAIC automotive group, plans to launch the Hector Plus (three-row 6/7-seater Hector) in about a week’s time. Once launched, the British-origin automaker will have three products in its Indian portfolio: Hector, Hector Plus and ZS EV. The upcoming MG Hector Plus has already started arriving at dealerships. Some of them have become test drive units as well.

At Auto Expo 2020 (held in early February), the company had showcased all its upcoming and international products, including the MG Hector Plus. The biennial automotive show was also a venue for newcomers such as Great Wall Motors to introduce their line-up. In addition to the Hector Plus, MG Motor India unveiled the MG Gloster premium SUV a.k.a. Indian-spec Maxus D90.

We have shared multiple spy shots of the MG Gloster doing test runs in camouflaged and undisguised formats across the stretches of India, over the months. Automotive enthusiast Samir Joge shares with us yet another MG Gloster test mule. This time, it was spotted in Vadodara, Gujarat with a lazy attempt at covering its identity. 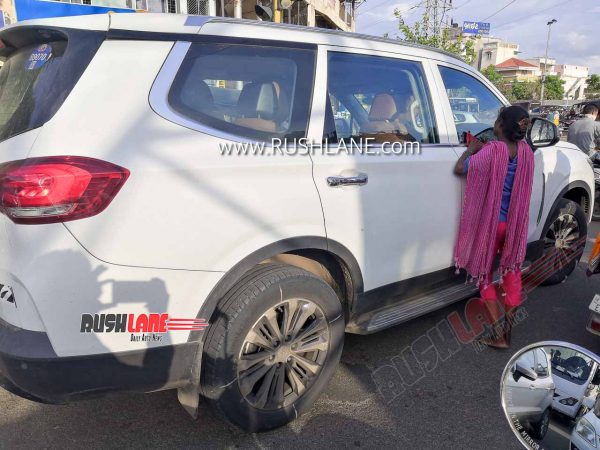 The Maxus D90, in international markets, is a direct rival to entry-level Land Rover products and mid-segment Jeep models. MG Motor India might price the mid-size three-row SUV competitively to attract potential customers looking forward to buying a Toyota Fortuner, Ford Endeavour or Mahindra Alturas G4. For instance, the MG Hector carries a price tag in line with products such as the Hyundai Creta and Kia Seltos despite coming in the next segment (Tata Harrier, Jeep Compass, etc.). 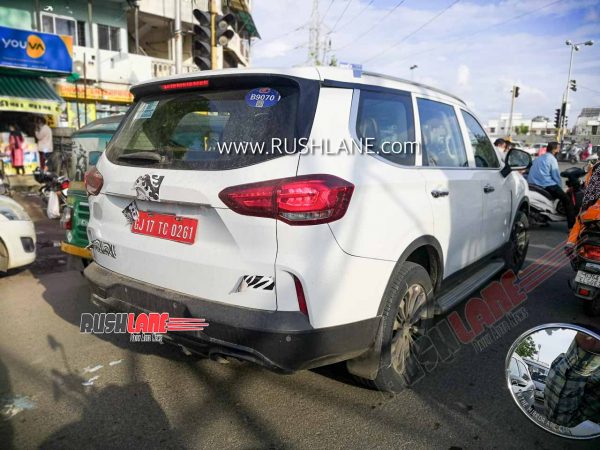 Powering the RWD 2020MY MG Gloster is a twin-turbocharged version of FCA Group’s familiar 2.0-litre Multijet II four-cylinder diesel engine. It churns out 218bhp and 480Nm of torque while mated to either a 6-speed manual or 8-speed automatic transmission. AWD would be optional in higher variants.

In comparison, the regular Hector BS6 diesel variant makes 167bhp and 350Nm of torque from the single-turbo 2.0-litre engine. It comes coupled to only a 6-speed manual transmission.