It is not news that SAIC-owned MG Motor India is readying to launch an all-new premium 7-seater SUV on our market. Dubbed MG Gloster, the British-origin automaker already showcased the same at Auto Expo 2020, held in early February. Ever since its debut, the MG Gloster was spotted on public roads in both camouflaged as well as undisguised formats. Each time, the images revealed new details.

The all-new MG Gloster is essentially a badge-engineered avatar of the global-spec Maxus D90. SAIC Motor Corporation Limited has several rebadged products under its subsidiaries. In fact, the Indian-spec MG Hector is available in three other forms internationally: Baojun 530, Wuling Almaz and current-gen Chevrolet Captiva.

In the mid-size SUV market, Ford India’s Endeavour, Toyota Kirloskar Motor’s Fortuner (facelift incoming) and Mahindra & Mahindra’s Alturas G4 are the dominant players. However, the upcoming MG Gloster plays in a segment above. In foreign markets, the ‘full-size’ Maxus D90 rivals mid-range Jeep models and even entry-level choices from Land Rover. One can expect MG Motor India to competitively price the flagship SUV, such a way that it would attract potential buyers of the three popular names mentioned above. 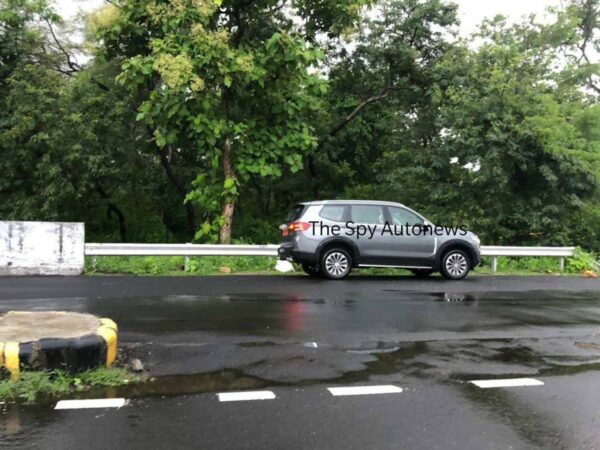 ‘The spy autonews’ on Instagram has shared a fresh set of MG Gloster spy shots. Unlike previous test mules, this particular example looks as production-ready as it can get. The 7-seater SUV is finished in a (greyish) silver shade with new six-spoke wheels (appears to be 19-inchers). Other highlights include chrome inserts, quad exhausts (seemingly functional unlike the current trend of fake tips), running boards, slightly raised suspension (see the Maxus D90 for reference), LED lighting, etc.

The 2020MY Maxus D90 is powered by a 2.0-litre four-cylinder turbo petrol engine making 221bhp and 360Nm of torque. Mated to either a 6-speed manual or 6-speed automatic, the SUV is offered in RWD and AWD formats. Multiple sources state that the Indian-spec MG Gloster will get a twin-turbo 2.0-litre four-cylinder diesel unit (based on FCA’s Multijet II) good for roughly 215bhp and 480Nm. Automatic and AWD variants would be included in the package.