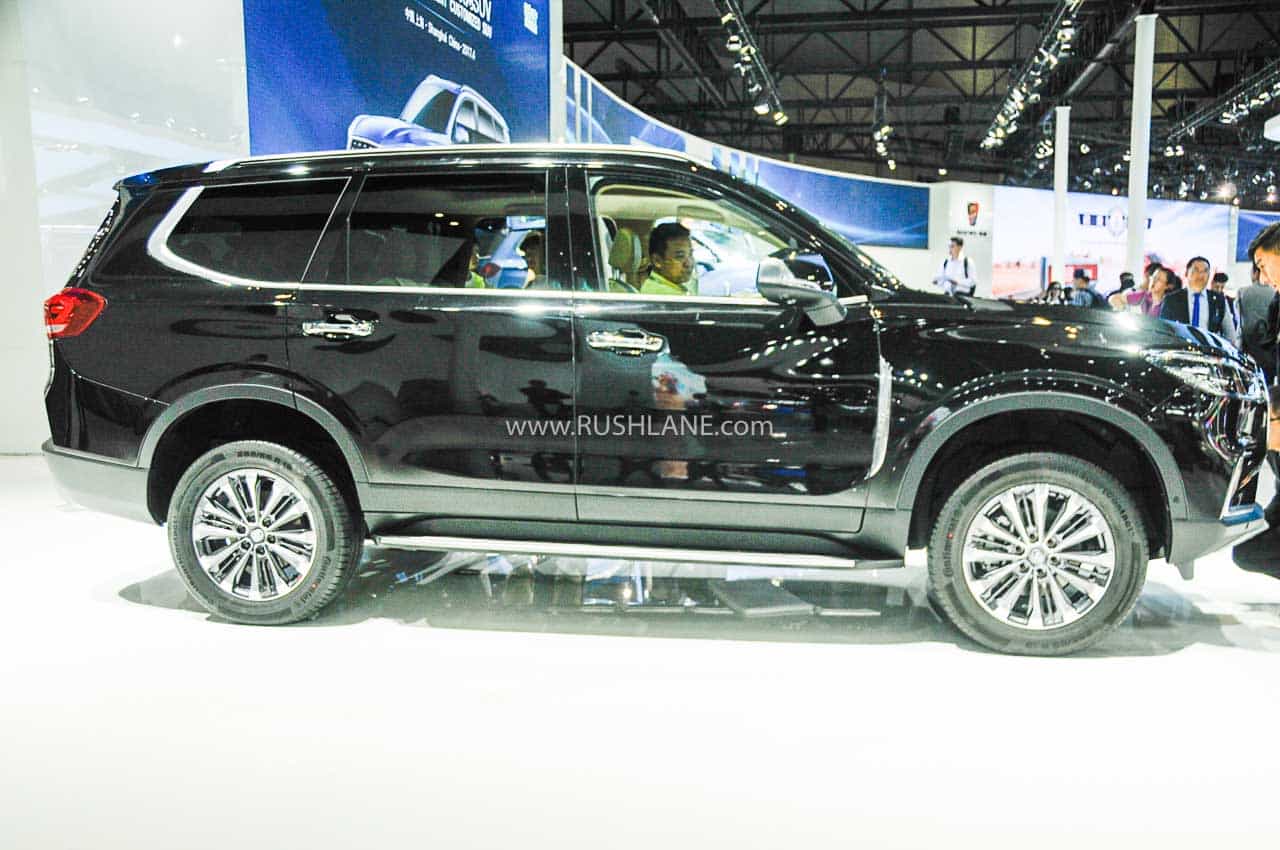 MG has now revealed the name of its upcoming SUV. It will be priced around the INR 40-50 lakh mark. Debut is at 2020 Auto Expo next week.

After two super successful SUV launches, MG is now scheduled to unveil its third offering for India, which coincidentally will again be an SUV. This third product will be based upon the MG Maxus D90 and will be called as the MG Gloster.

MG will be launching this Gloster SUV as a competitor to the Fortuner/Endy and the likes. However, just like other MG cars, this one too will be feature loaded. Gloster SUV will offer features and space which is offered in the likes of Land Cruiser Prado and Jeep Grand Cherokee. MG India has revealed that the Gloster will be priced around the INR 40-50 lakhs mark, ex-sh.

MG Gloster SUV will be powered by a turbo diesel engine which will be churning out 218 PS and 480 Nm of max torque. The engine will come mated to an 8-speed AT as standard. On the dimension front, it will measure 5,005 mm in length, 1932 mm in width and 1875 mm in height, making it one of the largest SUV in its class. It will also have one of the longest wheelbase (2,950 mm) in the segment. All of this will undoubtedly translate into additional cabin space for commuters.

On the safety front, the car had received a 5-star NCAP rating in Australia. Its 70% body is made out of high strength steel and the vehicle comes with a laser welded roof. MG will be offering the SUV in two seating configurations, as a 6-seater (2+2+2) and as a 7-seater (2+2+3). Launch of the SUV is expected to take place in H2 2020.

2020 will mark MG’s debut at the Auto Expo. MG has planned to display a slew of products from its global product portfolio at the Expo. These would include SUVs, MPVs, hatchbacks, sedans, electric cars and even electric tech. The count is expected to be at 14 models, which would include the Gloster, an India-specific MPV and the 6-seater version of the Hector, which will be called the Hector Plus.