MG Motor will be launching its first car in India in early 2019. Reported to be called as MG Gloster, the SUV was recently spied testing in the city of Ahmedabad. The five seater SUV will be a direct rival to Tata Harrier, which will launch in January 2019.

The SUV will enter production at the company’s plant in Halol, which is about 140 kms from Ahmedabad. Investments into this plant are to the tune of Rs 2,000 crores in the first phase, with overall investment of Rs 5,000 crores over the next 6 years. MG Motor plans per annum production of 1 lakh units from this plant. 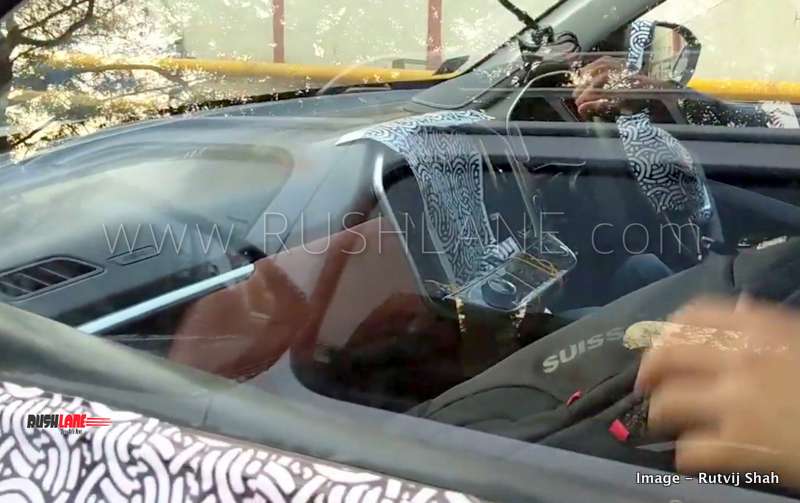 Spied by Rutvij Shah, the SUV was under heavy camouflage. But in spite of this, the spy video reveals interesting new details about the MG Gloster SUV. In the front it has a raked windshield so as to conform to its SUV stance. It also receives projector headlamps and LED DRLs, a pair of horizontal LED tail lamps, high roof mounted spoiler, sporty roof rails and electrically adjustable ORVMs and will sit on new alloy wheels. Watch the spy video below.

Interiors of the MG ZS will be seen with a host of features. It will sport a flat bottom multifunction steering wheel, touchscreen infotainment system with Apple CarPlay and Android Auto and automatic air conditioning. It will have a Volvo XC90 styled large touchscreen. In terms of safety, it will receive 6 airbags, ABS, EBD, traction control, brake assist, hill start assist and rear view camera.

Powering the MG Gloster in India will be a Fiat sourced 2.0 liter diesel engine offering 168 bhp power and 350 Nm torque. This makes the Gloster more powerful than the Harrier. It will also get a petrol engine, which too is expected to be sourced from Fiat. This means powertrain options MG Gloster will be same as Jeep Compass.

MG Gloster SUV will be produced at the company’s Halol facility in Gujarat. Previously owned by General Motors, the plant was bought by MG Motors in September 2017. The plant has been completely overhauled, in line with world-class production standards followed by MG Motors. MG Gloster has been confirmed to launch in Q2 2019. It will be aggressively priced, made possible through high localization levels of up to 75%. Expected price range is Rs 15-20 lakhs.