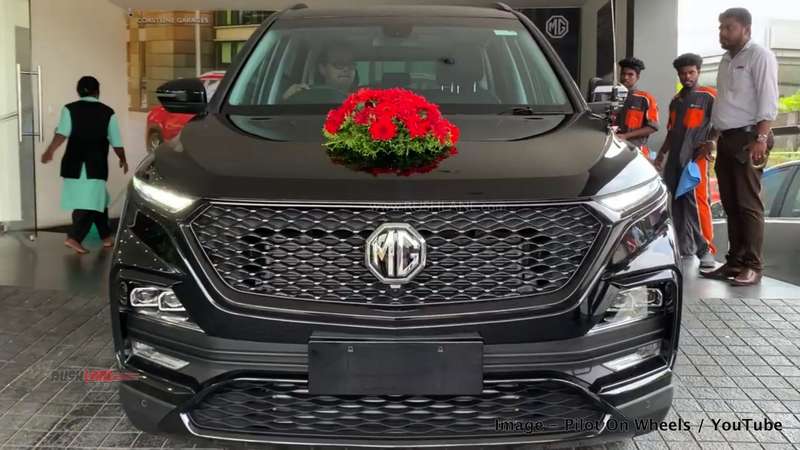 Launch of new Kia Seltos and updated version of Tata Harrier was expected to have negative effect on MG Hector. But that seems not to be the case, if we look at the booking numbers. MG Hector bookings in 2nd round have already crossed the 8k mark, in just 10 days.

The 2nd round of bookings opened towards the end of Sep 2019. Those who have booked, know well that their delivery will most likely happen in 2020. Despite of this long waiting period, and increase in price of up to Rs 40,000 – the demand for MG Hector has not declined.

Considering the earlier bookings of 28,000 units and the 2nd round bookings of 8k already – MG India is sitting on an order book of well over 36,000 units. Of these, the company has already delivered 6,000 units. This means 30,000 buyers are still in queue. 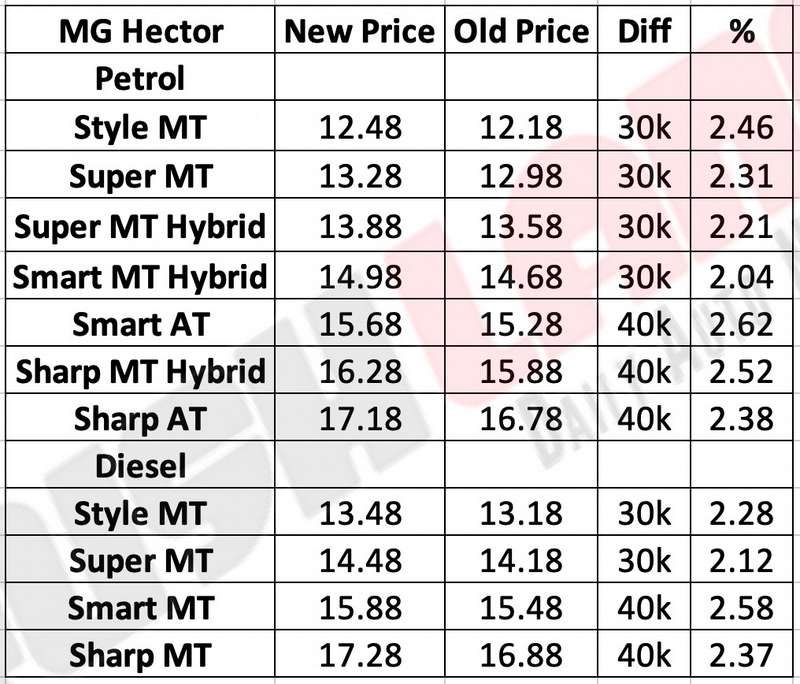 With production now increased to 3,000 units per month, that is still a potential 10 month waiting period for those customers who book the MG Hector now. Such is the demand that buyers are willing to wait 10 months for Hector, than buy a rival car in similar price, which is available readily. Tata Harrier, Jeep Compass, Hyundai Creta, Mahindra XUV500 – all are being sold with a waiting of about 1 week. Kia Seltos has waiting of about 2 months.

The MG Hector is powered by a 1.5 liter petrol engine offering 143 hp power, a 2.0 liter diesel engine capable of 170 hp power and the petrol engine also receives a 48V mild hybrid option which is 12 percent more fuel efficient as compared to its standard model. The petrol engine gets mated to 6 speed manual and 6 speed DCT automatic while the diesel and hybrid variants receive only manual transmission.

MG Motors is also actively testing the 6 seater version of the MG Hector, which will be launched by April 2020. This will be a more premium variant of Hector, which will not only get 3 row 6 seater seating arrangement, but will also get revised front and rear exteriors.

Apart from this, MG is also getting ready to launch the new ZS electric SUV in India. The ZS EV will be produced in India while the battery pack will come in from CATL China. This new electric SUV will take on the Hyundai Kona. It could be priced at around Rs.20 lakhs, ex-sh.