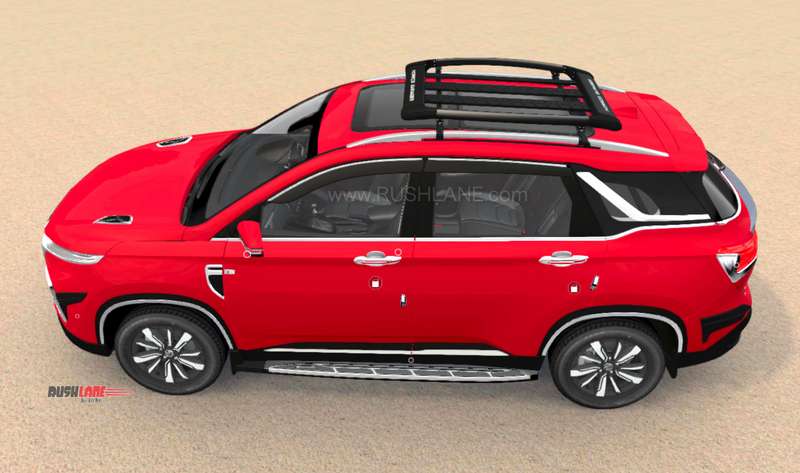 Launch date of the new MG Hector draws near by each passing day. Media drives have started in Coimbatore. To give buyers an idea how an accessorized Hector will look, MG India has launched an online configurator. With this, you can select the exterior and interior upgrades you want to be installed on your Hector. You can also take a 360 degree look at the car, after the virtual installation of accessories is done.

MG Hector SUV will be the largest in its class. It will measure 4,655mm in length, 1,835mm in width and 1,760mm in height. It will be offered in four variants – Style, Super, Smart and Sharp and in five colour options of Aurora Silver, Candy White, Starry Black, Burgundy Red and colored Glaze Red. 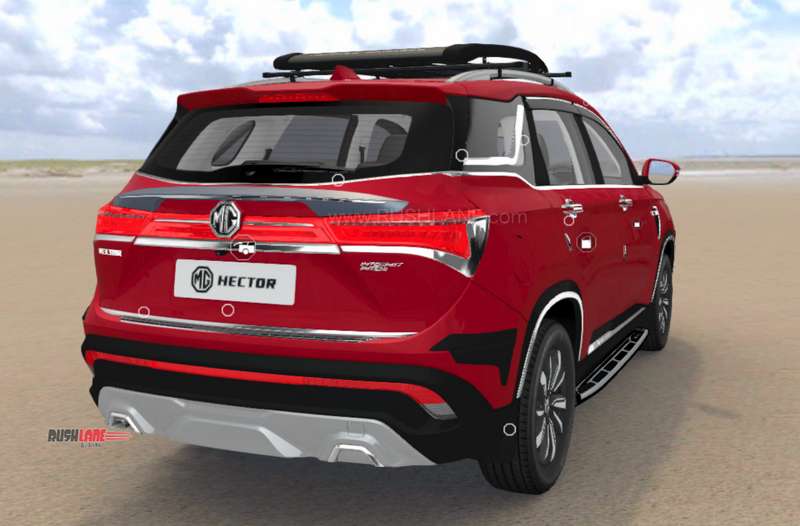 The exteriors show off a boxy and traditional styling. It sits on 17” alloy wheels and gets DRLs that also act as turn indicators. Other exterior features include fog lamps and halogen projector headlamps. The configurator details accessories for the MG Hector such as a roof mounted luggage rack, side step boards, chrome accents and floor mats. However, no prices for these accessories have been detailed as on date.

Interiors of the MG Hector also get detailed with a panoramic sun roof, ambient lighting, digital instrument console, leather seating and soft touch material on the dashboard along with several chrome accents to enhance its premium stance. Safety features include dual airbags, traction control, hill hold assist, disc brakes on all four wheels and keyless entry. It also gets rear parking sensors, power adjustable ORVMs and rear AC vents which will be standard on the MG Hector Style variant. 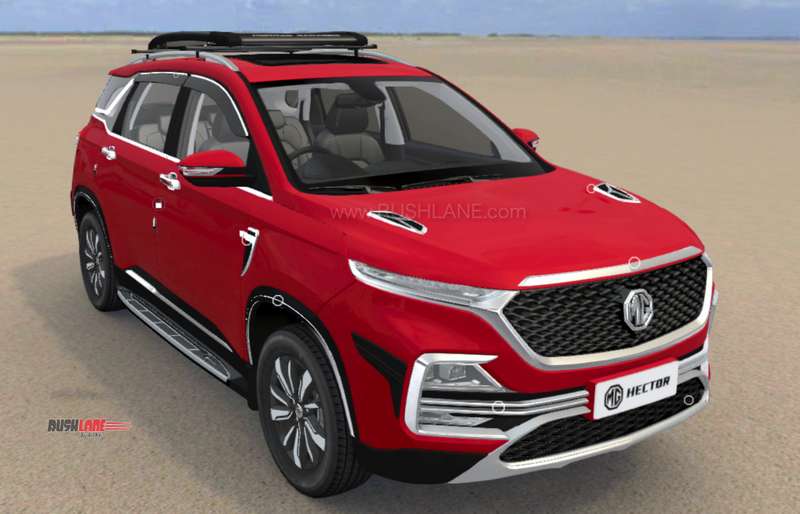 The Sharp variant will be a fully loaded model while the mid spec Super variant gets a 10.4” touchscreen infotainment system. The SUV’s in-car i-Smart technology also gets an eSIM in collaboration with Airtel, Over-the-Air technology, and an operating system developed by MG India along with Airtel, Cisco, Adobe, AccuWeather Microsoft, SAP, Nuance, Ganna, Panasonic and TomTom.

Bookings have opened for the MG Hector at Rs.50,000 while test drives will be initiated from 12th June 2019. It will be officially launched later this month at estimated price of Rs.15-20 lakhs while it will compete with the Hyundai Creta, Jeep Compass, Nissan Kicks and the Tata Harrier.