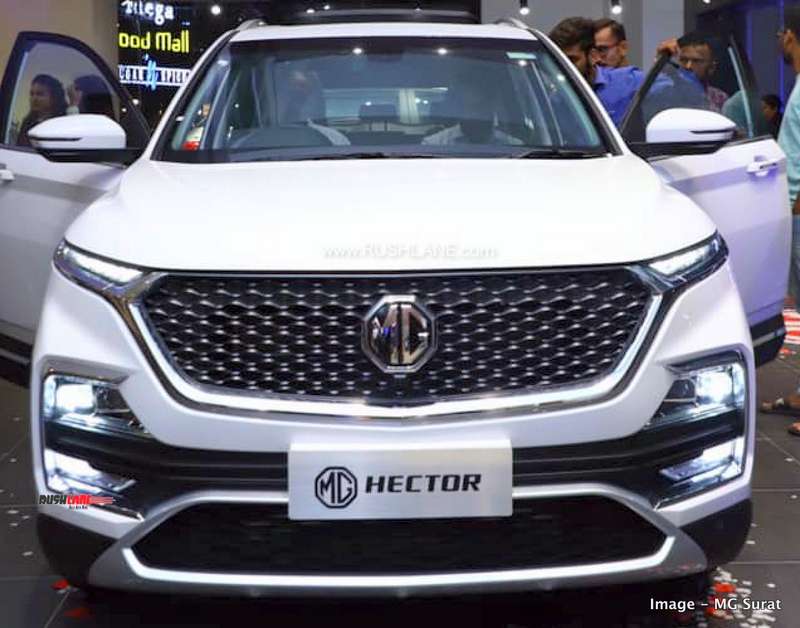 Launched on 27th June 2019, MG India has announced today, on 18th July 2019 that bookings for Hector are not being accepted anymore. In about 20 days since launch, MG Hector has received over 21,000 bookings. With production capacity at just 2,000 units a month currently, MG India has decided to shut down bookings of Hector.

In an odd twist to how things were beginning to shape up, it now seems MG Hector is sold out for 2019. This with 6 months to go on the clock. At the same time the company, the company has decided to stop bookings temporarily, despite positive market response. The date of re-opening of bookings will be announced soon.

In a press statement released by MG India, the company said – “After receiving an overwhelming response for the HECTOR, MG Motor India today announced that it has taken a decision to halt the bookings temporarily keeping in mind the company’s commitment to customer satisfaction. MG India plans to cater to the increasing demand by raising the production capacity for the HECTOR gradually over the next few months.” 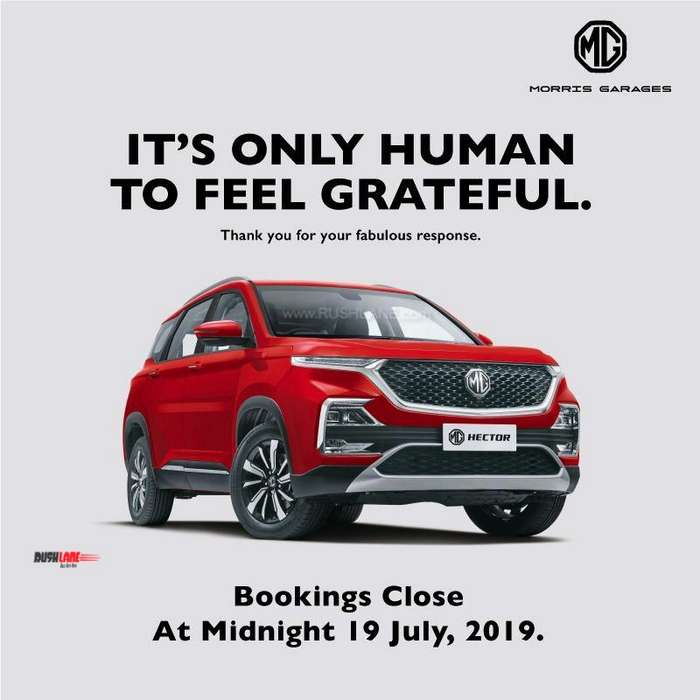 “Our first product, MG HECTOR, has received an overwhelming response and we are unable to cater to such high initial demand. We are therefore closing bookings temporarily as this will help ensure timely and orderly deliveries for our customers who have shown tremendous confidence in MG. We are also working with our component suppliers to ramp up production in a gradual manner without any compromise on quality,” said Rajeev Chaba, President & MD, MG Motor India.

The company plans to increase production of the Hector at its Halol manufacturing facility to 3,000 units per month by October this year. The top 2 variants – Smart & Sharp are seeing the highest demand, with over 50% reservations for the petrol variants.

Priced at Rs. 12.88-16.88 lakhs, the MG Hector has received amazing response from buyers in the country. It is sold via 120 touch points across the country, which will be increased to 250 in the coming months.

MG Hector is offered with multiple ownership packages, first in industry 5 year warranty with unlimited kilometers, round the clock free roadside assistance and no labor charges for the first 5 years.