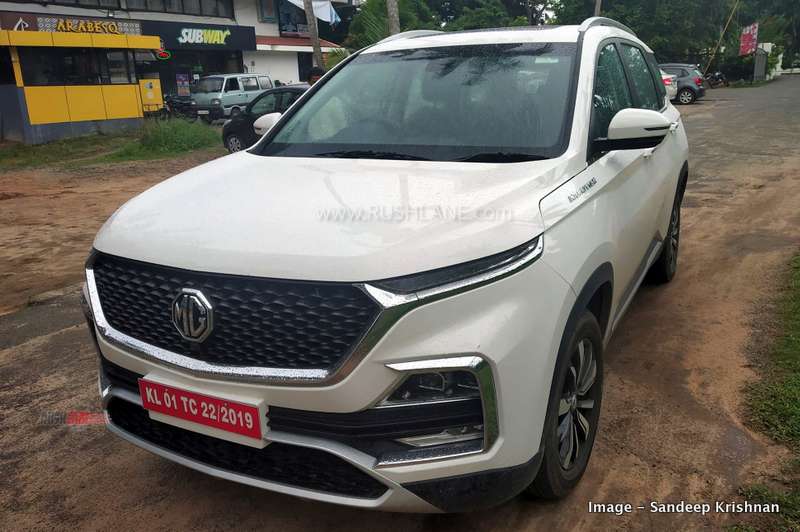 Since pre-launch bookings opened on 4th June, MG Motors has received over 21,000 bookings for the new Hector mid size SUV. Such is its demand that the company has now closed further bookings; as waiting period in some cities has been extended to 8 months.

Plans are also afoot to boost production at its Halol manufacturing facility to around 3,000 units by October 2019 from a current production of 2,000 units, so as to counter this demand.

Demand is particularly high in the case of the Hector Smart and Sharp variants with over 50 percent bookings for petrol variants. Deliveries for the Hector have already commenced with the date of re-opening bookings yet to be announced.

In recent times, MG India is the second company forced to close bookings of their product due to huge demand. The first being Jawa Motorcycles. But unlike Jawa, who has not mentioned booking numbers, nor announced sales figures; MG India has revealed these details.

In addition, where Jawa has not updated their customers with month of delivery, MG India has proactively taken the step forward and started sending emails to their customers who are awaiting delivery of Hector. It is important to update those who are ready to wait for months, to get delivery of your product.

Not many like to wait in the dark. We have seen how Jawa buyers cancel bookings and buying rival Royal Enfield motorcycle. With Kia Seltos launch nearing, and Tata Harrier launching Black Edition next month, MG India has taken the right step by notifying their customers awaiting delivery.

MG Motors is currently in talks with component suppliers so as to allow for increased production in a phased manner without compromising quality. The company plant in Halol, Gujarat currently produces about 2,000 units of Hector, which will increase to 3,000 units by Oct 2019. Sales are conducted via network of 120 outlets in India; which will also be ramped up to 250 outlets by September 2019.