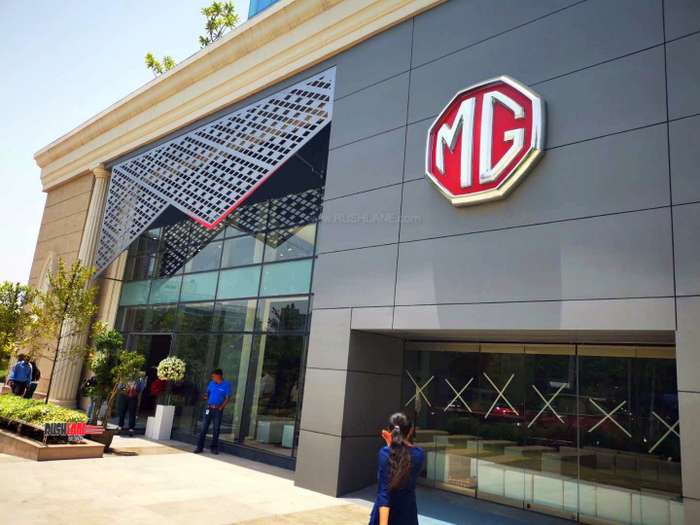 Just like its stately Hector that comes with several class-leading features, MG Motor’s flagship showroom is a notch above the rest and offers premium customer experience. A total of 120 outlets are functional, spread across 50 cities. A number of touchpoints have also been created across India. Bookings can be made at any of these outlets from today, June 4, 2019.

At MG Motor’s flagship showroom, the centre of attraction is obviously its first offering in India – Hector SUV. Different sections have been created within the showroom such as a customer lounge area and a customization shop. The idea is to make customers aware about the glorious history of MG Motor and its achievements in the automotive space.

Below is the list MG Hector showrooms which have gone operational from today. They are now accepting bookings for Hector. You can book by paying Rs 50,000, which is fully refundable in case you decide to cancel booking later.

Talking about Hector, the SUV has created significant buzz among auto enthusiasts, as it comes with a range of class-leading features. Hector will be the first internet car in its class, loaded with more than 50 connected features. It also comes with 19 exclusive product features, making it the most feature-rich in its segment.

Hector variants will include a 1.5-litre petrol, a 48V petrol hybrid and a 2.0-litre diesel option. Turbocharged petrol engine generates 143 PS/ 250 Nm, whereas the diesel unit makes 170 PS/ 350 Nm. Petrol hybrid Hector is the second most fuel efficient variant, delivering 15.81 km/l. It also generates 20 Nm of additional torque, which will be very useful in start-stop conditions in city traffic. Petrol and diesel variants have mileage of 14.16 km/l and 17.41 km/l respectively.

MG Hector is expected to be launched in the range of Rs 15-20 lakh. It will take on rivals such as Jeep Compass, Tata Harrier, Mahindra XUV500, Hyundai Creta and upcoming Kia Seltos. MG Hector dealer list – https://www.mgmotor.co.in/tools/ebooking