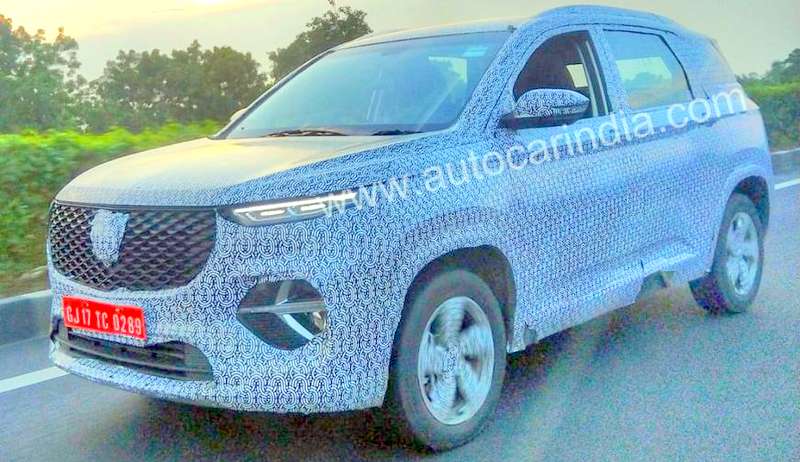 MG Motors has had a good start in the Indian market, especially considering the current troubled times. However, to ensure that its products stay relevant, MG has already started working upon the next set of updates & new launches.

While the Hector has been sold out for 2019, MG has now started testing a new 3-row, 6-seater, premium variant of the SUV. Speculation around the six-seater Hector had started earlier this year however now these latest spyshots confirm that a slightly modified Hector will be coming to the country, by April 2020.

Compared to the current Hector, the 6 seater Hector will be more premium, will get cosmetic updates, which will make it look closer to the facelifted Baojun 530 SUV from China. MG Hector is a rebadged Baojun 530, that has been reengineered to be made in India with heavy localization. 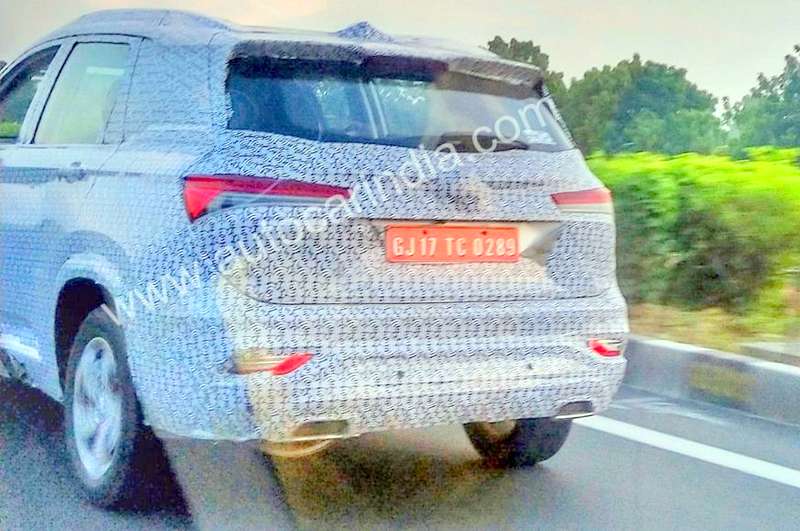 In the spyshot, the test mule looks visibly different than the regular Hector which is currently on sale in India. This is most likely because MG would want to have a separate positioning for the 6-seater variant of the Hector. Major differences which one can easily spot include: split-type LED DRLs, a larger honeycomb grille which also looks different in shape and a reworked headlamp cluster. The differences can be noticed even on the rear of the SUV, where it now gets redesigned headlamps and an updated bumper with faux dual exhaust outlets.

The updated MG Hector is 40mm longer than the version which was on sale till last month. The increase in length has been majorly due to redesigned bumpers. Other updates which are visible in the facelift include a new alloy wheel design and some updates on the interiors. The 6-seater Hector could also get some or all of those.

MG is expected to bring in captain seats for the second row, and hence allocating seating space for 6 adults in the 6-seater variant of the Hector. This will help the company compete better with the likes of Toyota Innova Crysta.

Mechanicals are expected to remain the same, including the same set of transmission options. Currently, the Hector is offered with 3 engine options, and it is expected that the same set of engines, namely a 143hp petrol turbo, a 170hp turbo diesel and a 48V mild-hybrid system will be powering the 6-seater variant of the Hector. However, timelines suggest that these will be BS-VI emission norms compliant from day 1.

Apart from Innova Crysta, the 6-seater Hector will compete with the likes of 7-seat variant of the Tata Harrier (Indian version of the Tata Buzzard), next generation XUV500 and even the next-gen Creta (which too will be getting a 7-seat variant).