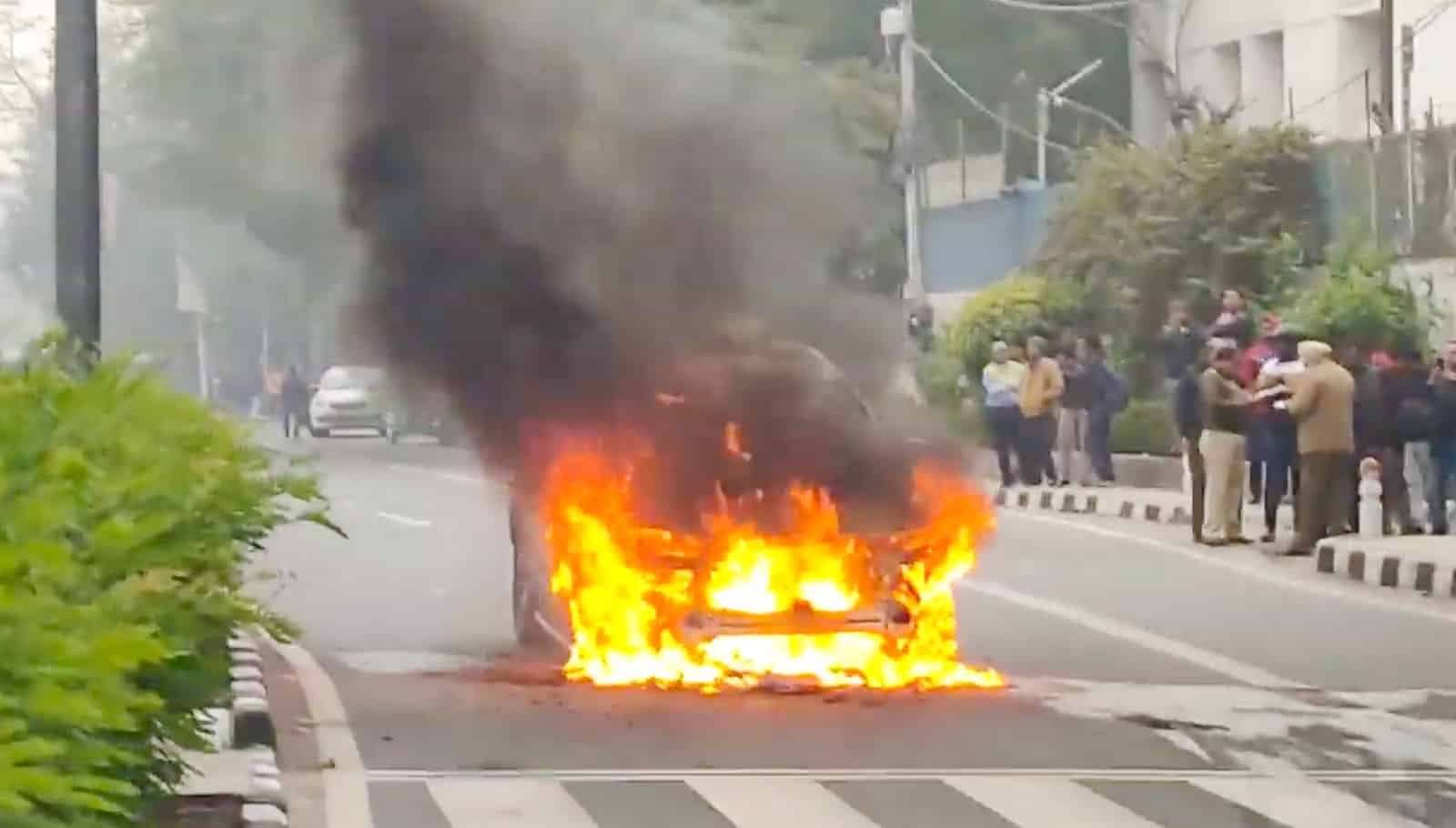 New MG Hector SUV caught fire recently in Delhi. No one was injured in this incident. But the images sent shockwaves in the auto industry, especially to those who own Hector, or are planning to get one.

The incident took place on 20th Jan 2020. While driving his car in Delhi, the owner realized smoke coming out of the engine bay. He soon got off the car and within seconds the entire engine bay was engulfed in fire. Fire brigade was called, and within 15 minutes they arrived.

By the time fire was extinguished, the entire front of the car was damaged, including the dashboard and front seats. The images were shocking. And it is these images which went viral on social media platforms like Facebook and Whatsapp. Everyone wanted to know what exactly happened. Now MG Motor India has given official statement behind the cause of the incident. 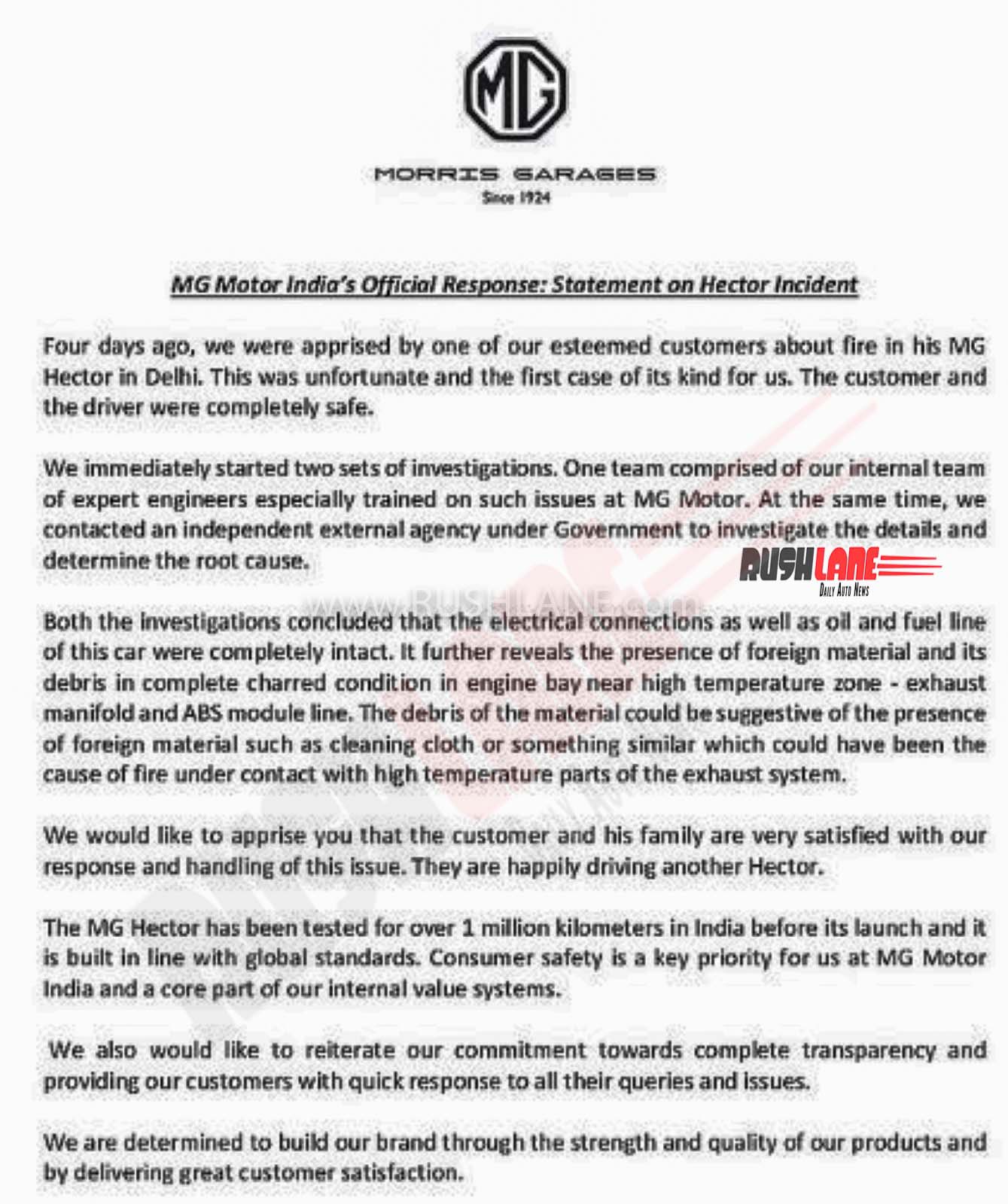 The Hector which caught fire was powered by a petrol 1.5 liter engine, mated to a DCT automatic transmission. This Hector Sharp variant was registered in the name of Turner Logistics India Pvt Limited. Just a day after the incident, Bhupender Singh of Turner Logistics shared a signed statement.

His statement said, that he appreciated efforts of MG Motor India in promptly reaching out to him and helping him. He said that all his problems are resolved and that all car members at the time of fire are safe. He said that he had fitted some accessories at dealership, which could be the probably reason behind the fire. You can read his statement below. 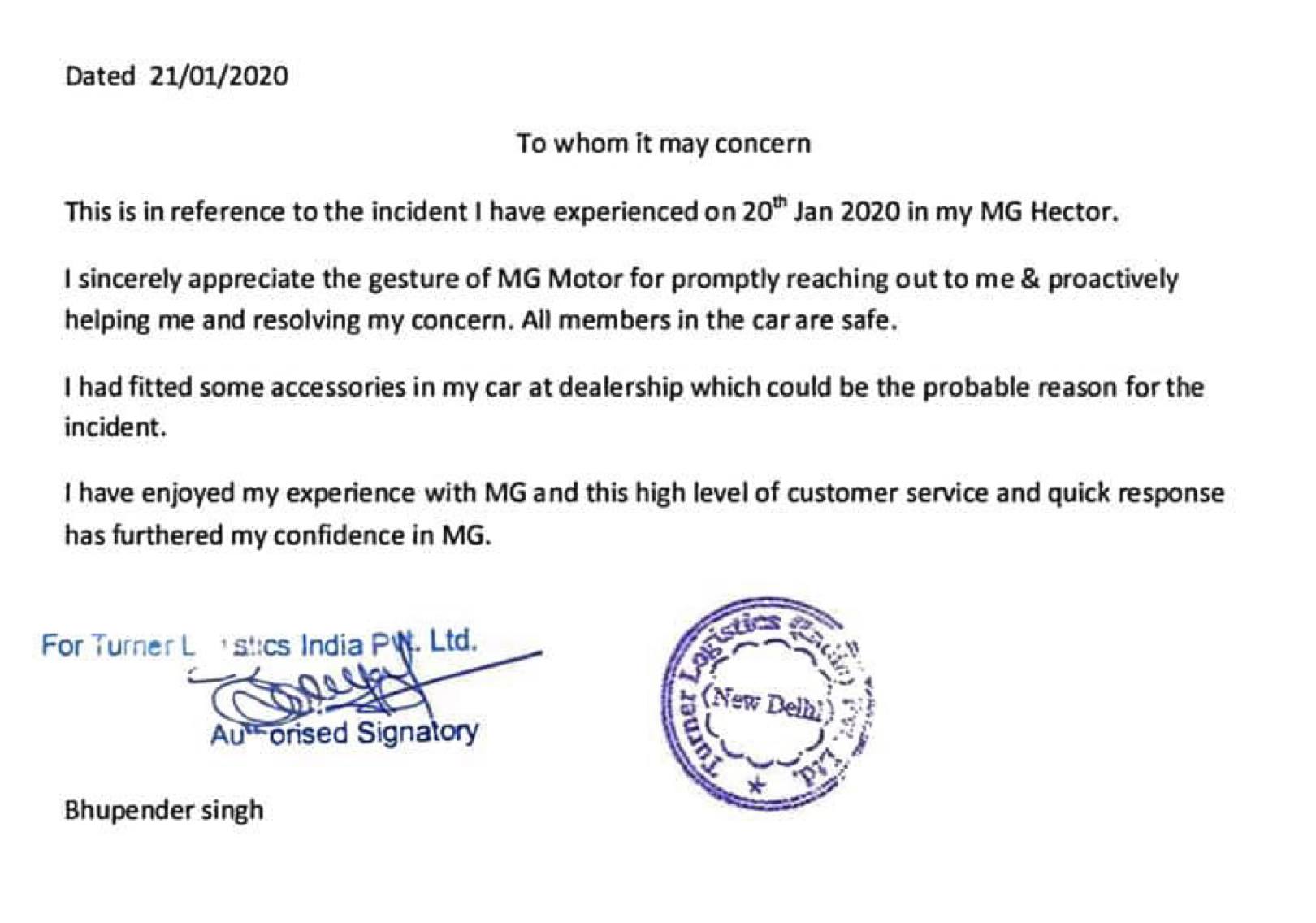 Speaking about the research carried out by MG India, the company states that they found presence of foreign debris like cleaning cloth etc, which could have come in contact with the high temperature exhaust system area and resulted in Hector SUV catching fire.

MG Motor India has said that Hector is a safe car, which has been tested in Indian road conditions for over 10 lakh kilometers. Hector is a car which is made in India, as per global standards. MG India has handed over another Hector to the above owner, whose first Hector caught fire.