MG Hector And Its 4 Other Badge Engineered SUV Siblings – Detailed

The MG Hector is sold globally in three other formats: Baojun 530 (original base), Chevrolet Captiva and Wuling Almaz

In the field of automobiles, ‘badge engineering’ has been around for multiple decades. Essentially a synonym for ‘rebadging’, badge engineering is the act of marketing a product as new with minimal differences from an existing, patented donor. Ironically, there is not much ‘engineering’ involved in the process. Manufacturers follow it as a cost-effective solution to sell a particular product in different markets at varied prices and thereby achieve economies of scale (cost savings by increased production volume).

Badge engineering should not be mistaken for platform sharing. The latter involves considerable modifications to styling (even body type), equipment and dynamics while the former is mostly limited to different badges, slight cosmetic tweaks and market-specific features.

In India, there are several domestic instances of badge engineering such as Maruti Suzuki’s Baleno and Vitara Brezza with Toyota’s Glanza and Urban Cruiser (upcoming). Appreciable examples include Renault Duster and Nissan Terrano (discontinued), Skoda Rapid and Volkswagen Vento, etc. On the other hand, the MG Hector is a prime example of global badge engineering. 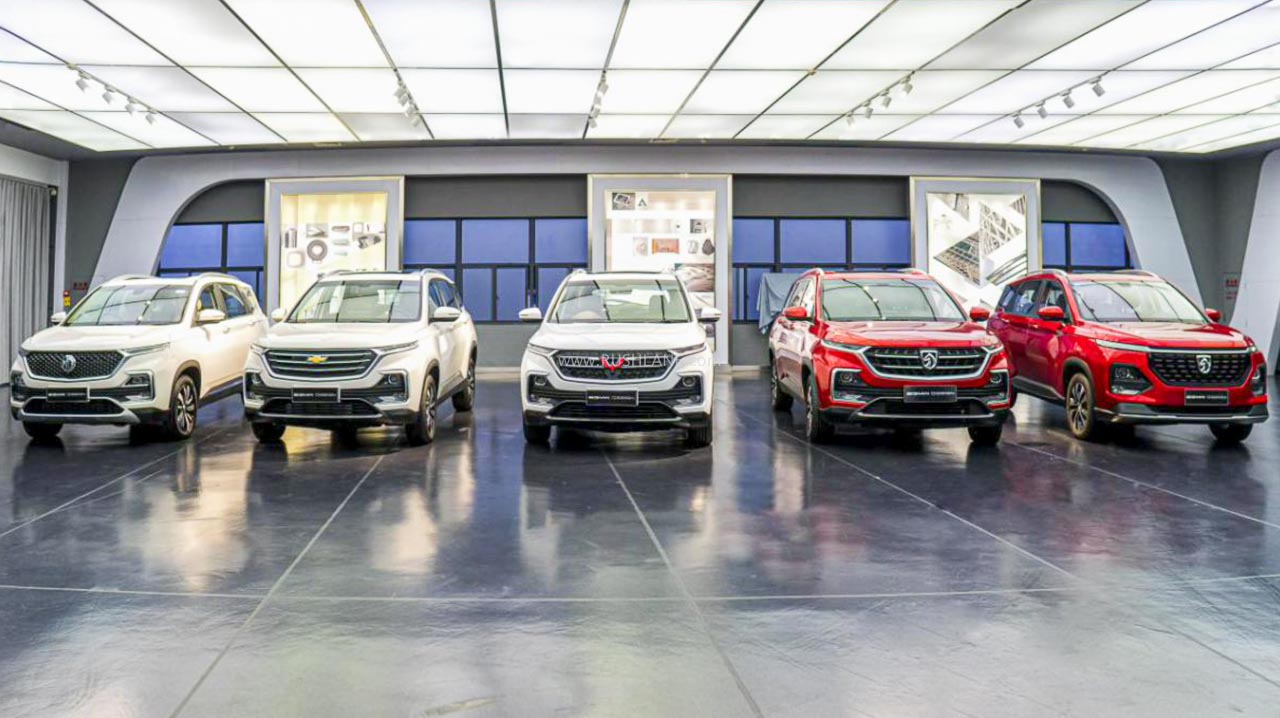 MG Motor India launched its very first product, Hector back in June 2019 at a starting price of Rs 12.18 lakh ex-showroom. Today, the FWD five-seater crossover (with more MUV genes than SUV) comes in BS6 specifications and prices start at Rs 12.73 lakh. It is available in three formats: 141bhp/250Nm 1.5-litre turbo petrol, its mild-hybrid avatar and 168bhp/350Nm 2.0-litre diesel. Its three-row ‘Plus’ sibling is expected to launch soon.

The MG Hector is basically a badge-engineered or rebadged Baojun 530. Sold in China, the 2020MY Baojun 530 gets the familiar 1.5-litre turbo petrol with slightly higher power output. A 135bhp 1.8-litre NA petrol variant was previously available. In the Indonesian market, the MG Hector is marketed as the Wuling Almaz. As expected, the power plant in duty is the 1.5-litre turbo petrol unit. Power is rated at ~138bhp.

Finally comes the 2020MY Chevrolet Captiva, created under the partnership between China’s state-owned SAIC (formerly expanded to Shanghai Automotive Industry Corporation) and GM (General Motors) in the USA. The automotive group is generally called SAIC-GM-Wuling. Compared to the Captiva generations we have seen in the past, the current model is a marked shift yet an existing product in a weak disguise. Its 1.5-litre turbo petrol mill churns out almost 148bhp and 255Nm of torque.

Badge engineering is often ridiculed by automotive experts as a deliberate attempt at misguiding an average consumer. This does not stand true if there is a noticeable effort in packaging such products differently. Still, we know some popular poor shots.