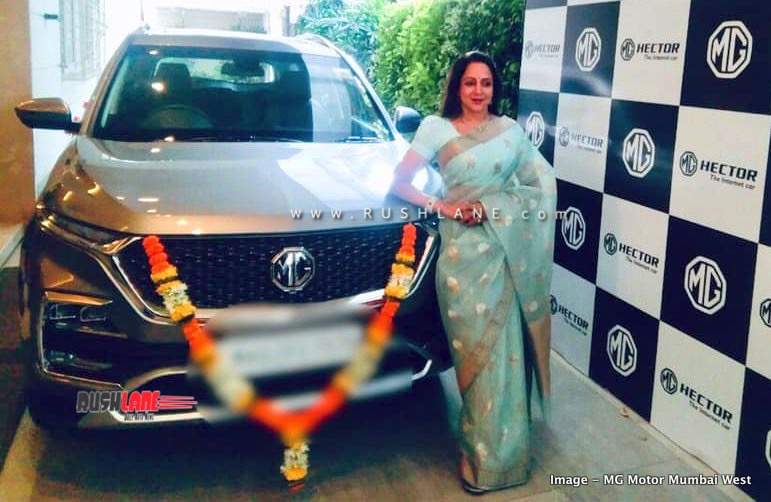 The reason Hector production was set at about 1,500 units a month at start, is because the segment itself was about 5k units a month. But thanks to huge demand, Hector bookings far surpassed expectations and MG India had no other option but to increase production. 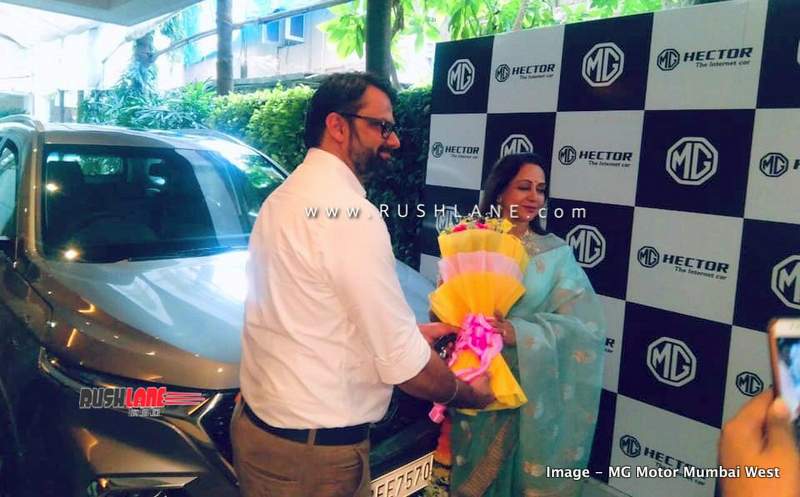 It is to be noted here that MG Hector deliveries are in full swing across India. In fact, for the past two months, MG Hector has been the best selling car in the segment. More than 2,600 Hector were delivered last month. Recently, politician and Bollywood actor, Hema Malini took delivery of her MG Hector in Mumbai.

Compared to rivals, MG Hector sales are far higher. Post launch of Hector, there has been a sharp decline in sales of Tata Harrier and Jeep Compass. Sales of Mahindra XUV500 have managed to stay largely unaffected by MG Hector launch. Probably because XUV500 having its own brand following and it is also the only 7 seater SUV in the segment.

The company had also mentioned at the time of launch, that prices of the MG Hector were introductory prices. Hence prices have now been increased by 2.5 percent depending on variant. The new prices of the petrol variants of Hector mid size SUV now stand as per variant ranging from Rs.12.48 lakhs to Rs.17.18 lakhs as against an earlier price range from Rs.12.18 lakhs to Rs.16.78 lakhs, an increase by Rs.30,000-40,000.

Prices of the diesel variants which earlier ranged between Rs.13.18 lakhs to Rs.16.88 lakhs have now been increased by Rs.30,000-40,000 ranging between Rs.13.48 lakhs to Rs.17.28 lakhs. These new prices are effective from 25th September 2019 and applicable to all those who make new bookings of the MG Hector from that date. These prices will remain effective till the new BS VI compliant MG Hector is introduced ahead of the new emission standards coming into effect early 2020, when new and increased prices will be announced.