British automaker Morris Garages (MG) Motor has successfully launched the 5 seater Hector in India at an introductory price of Rs.12.18-16.88 lakhs. This SUV is called the ‘Internet Car’ as it receives over 50 connectivity features and also comes in with the ‘MG Shield’, a first of its kind package in India offering complete assurance to buyers.

MG Motor is a new brand for India. They launched their first car here, back in June 2019. In about a month’s time from launch, a lot has happened for the company. From registering over 21,000 bookings to having to stop accepting bookings of their new car, MG India says they are here to disrupt the automotive sector.

In it’s first full month post launch, MG India managed to sell 1,508 units of Hector. Battling production constraints, MG has promised to increase production of Hector at their company plant in Halol, near Baroda in Gujarat. 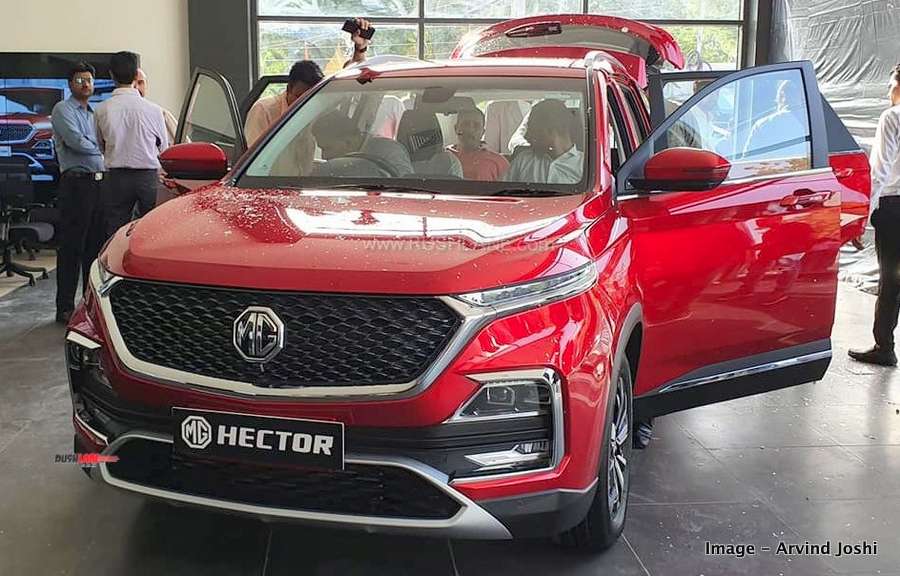 Commenting on the sales performance, Gaurav Gupta, Chief Commercial Officer, MG Motor India, said, “We thank our customers for the initial response to the HECTOR. We remain strongly focused on providing them with a delightful customer experience by ensuring timely vehicle deliveries and seamless assistance.”

MG Motor India has temporarily stopped bookings for the SUV to ensure customer satisfaction. It has received an overwhelming response with 28,000 bookings for the car. The date of re-opening of bookings will be announced soon. The company plans to increase production of the HECTOR to 3,000 units per month by September this year.

MG Hector is an attraction to buyers in the country especially for its 50 connected features. Its on-board equipment is among the best in its class with a 360 degree camera, 10.4” Android-based touchscreen infotainment system, connected car technology with an eSIM offering over the air updates, Remote controls through iSMART phone app, live tracking of vehicle location with alerts and real time car diagnostics and online navigation etc.

These technology and connectivity services have been jointly developed by Cisco, Microsoft, Unlimit and TomTom. It is also in terms of safety features that the MG Hector scores over its competitors. It gets front parking sensors, a panoramic sunroof, powered tailgate and a total of 6 airbags.

The MG Hector enters a segment to offer some tough competition to rivals such as the Tata Harrier, Mahindra XUV500, Jeep Compass and Hyundai Creta.