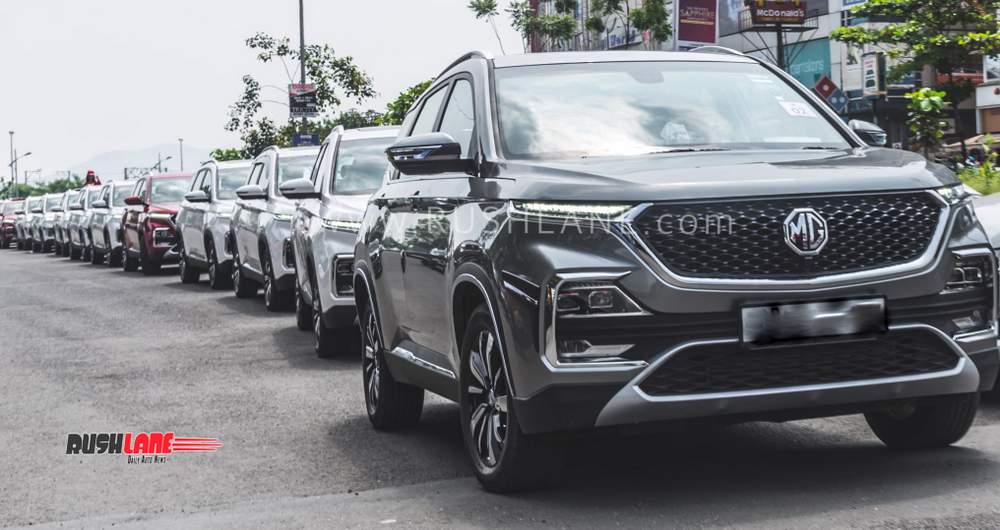 While temporary plant shutdowns and job losses have become a routine in auto sector in recent times, some carmakers have managed to buck the trend. Chinese-owned British carmaker MG Motor is one such company that is actually hiring people to increase production.

It may be recalled that MG Motor had to stop bookings for Hector SUV in July, as all units for the year were sold out. Bookings were reopened last month, resulting in heavy rush of customers yet again.

Total bookings for Hector is now 36,000, of which more than 8,000 have been received in the second round. Bookings are expected to cross 50k by year end. As the waiting period has peaked to more than 6 months, MG has decided to increase production at its Halol plant by starting a second shift. For this, the company will be hiring around 500 additional workers across various job profiles. The Halol manufacturing facility can produce 80k cars when working at full capacity in three shifts.

In September, production had touched around 3k units, which is expected to increase to 3,500 units in the coming months. Dispatch from plant in Sep was the highest, at over 2,600 units. MG Hector sales when compared to rivals Tata Harrier, Jeep Compass and Mahindra XUV500 – has grown tremendously. For Aug and Sep 2019 period, MG Hector commanded a near 50% market share in the segment.

With this huge success, MG will be investing additional Rs 2,600 crore, most of which will be utilized for increasing production. MG has already invested Rs 2,400 crore in India. Total sales during August-September period were 6,134 units. MG will be targeting 3k plus sales every month in the near future.

In the Indian market, MG has been selective in on-boarding retailers. Only those with resources to expand as and when required have been selected. MG currently has 44 retailers that operate 120 outlets across India. This number will be increased to 250 outlets and most new outlets will be operated by existing retailers.

MG is also providing requisite funding to retailers for first year to meet costs associated with aftersales services and maintenance. Income from this segment comes only after first year, which is why first year funding is advantageous for MG dealerships.

MG is also exploring the subscription market, having partnered with Miles and looking for similar deals with Zoom and Rev. This plan may materialize around December when some units of Hector may be made available for this segment.

Data available with MG shows that most people buying Hector are upgrading from cars like Renault Duster, Hyundai Creta, Hyundai Verna and Honda City. There are also around 10-15% of Hector customers who already own a BMW or Audi.