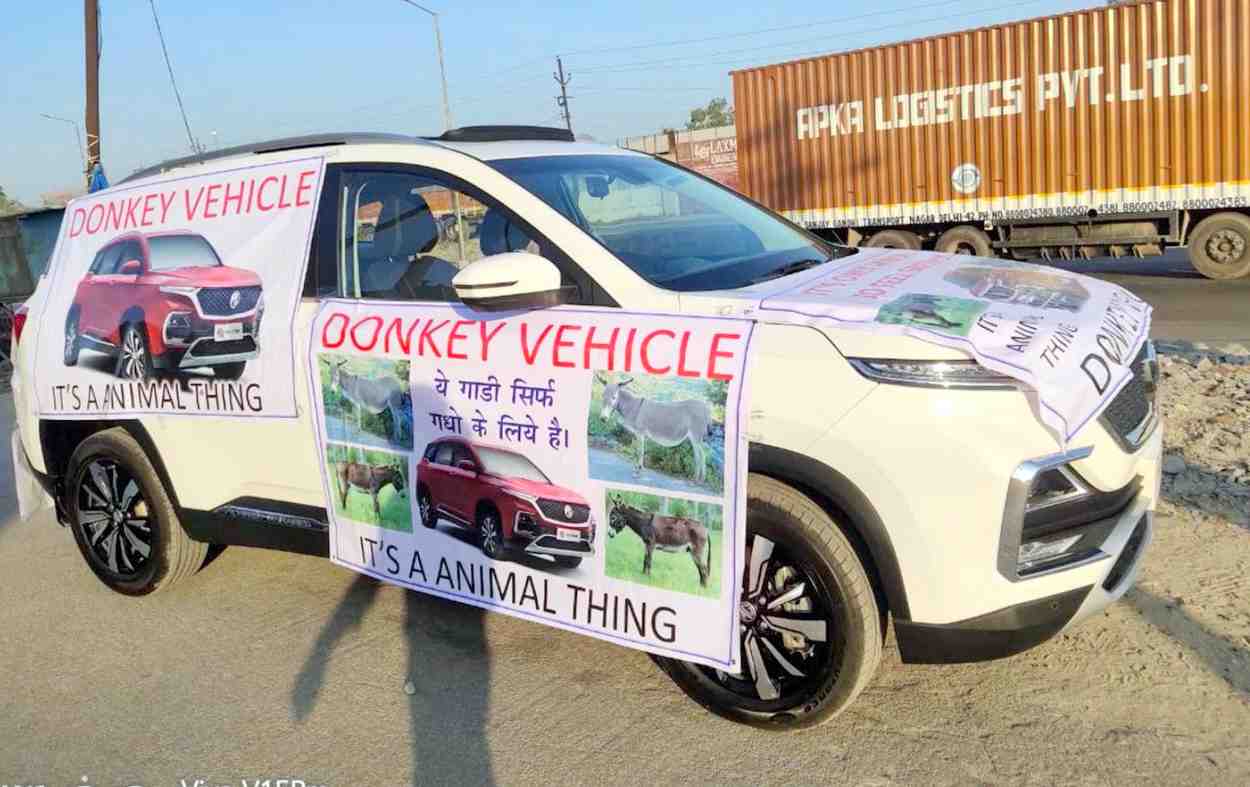 Photos and video of an MG Hector covered in posters saying that the vehicle is a Donkey Vehicle, Its a Donkey Thing, etc; is being circulated on social media. The video was first shared on YouTube by Arun Panwar’s channel.

As per the video, Hector owner in Rajasthan was facing problem with the clutch of the SUV. The owner says that the dealership did not help him in solving the issue, and behaved rudely with him.

The owner then decided to make his Hector get pulled by a donkey in front of the dealership. He manages to gather crowd, and even gets news reports from Zee TV – to whom he is giving explanation as to what had happened. You can see the video below.

The video was uploaded on 3rd Dec 2019. Today, the issue was brought to the notice of MG India by member of Hemkant Jain of MG Hector Club India – a Facebook group. To this MG India has revealed that the owner of the said Hector, has shown vested interest and is taking undue advantage of the brand’s ‘customer first’ approach.

MG India says that they strongly refute all the allegations that have been made by the said owner. MG also says that the company has taken appropriate action against the owner, as he continues to tarnish brand image. Read the full statement of MG India in the image below. 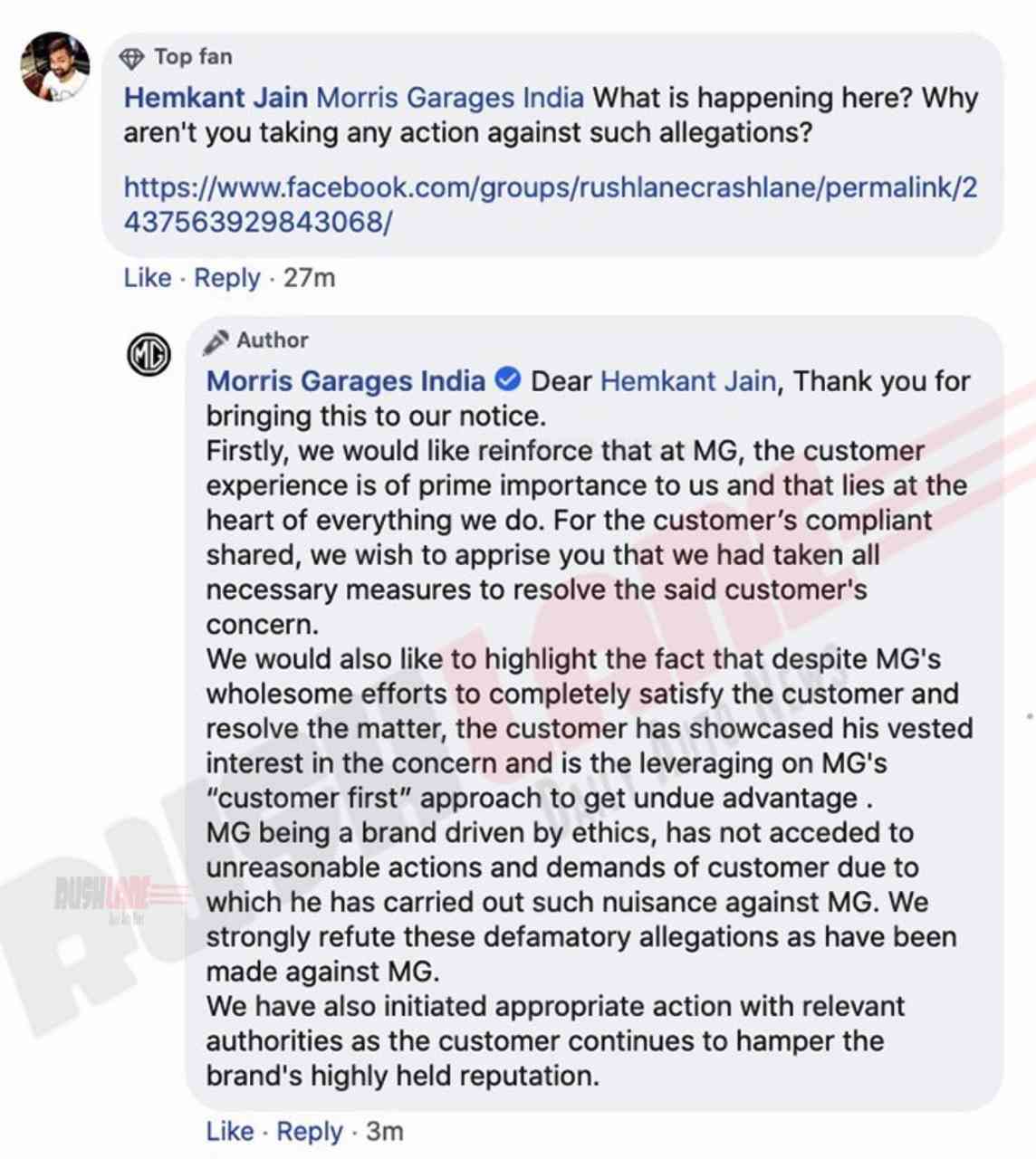 Launched back in June 2019, MG India has sold over 13,000 Hector SUVs till date. In spite of this, the company is sitting on an order book of more than 30,000 units. The waiting period is up to 6 months in some case. Despite Hector being the first ever car from MG in India – this shows the immense trust car buyers in the country have placed in the British brand.

Earlier today, MG India revealed the ZS electric SUV, which will launch in Jan 2020. Next year, the company has plans to launch Hector BS6 variant as well as Hector 6 seater premium version. By end 2020, the company will launch yet another SUV, bigger than the Hector. This new SUV will take on the likes of Toyota Fortuner and Ford Endeavour.