To be priced higher than the MG Hector 5 seater, new MG Hector 6 / 7 seater variant gets 3 rows of seats.

The much awaited MG Hector Plus 6-seat SUV has been unveiled today at the Auto Expo 2020. The Plus denotes an increase in length of 40 mm. While the new variant is based on the highly successful Hector, it features a few styling tweaks to distinguish itself.

Set to be launched in the second half of 2020, the MG Hector Plus features a larger chrome embellished grille compared to the regular Hector. It also benefits from revised front bumper and fog lights, revised taillight detailing (part of it is transparent), new rear bumper with different reflectors and diffuser. The difference in the dimension is hardly visible. 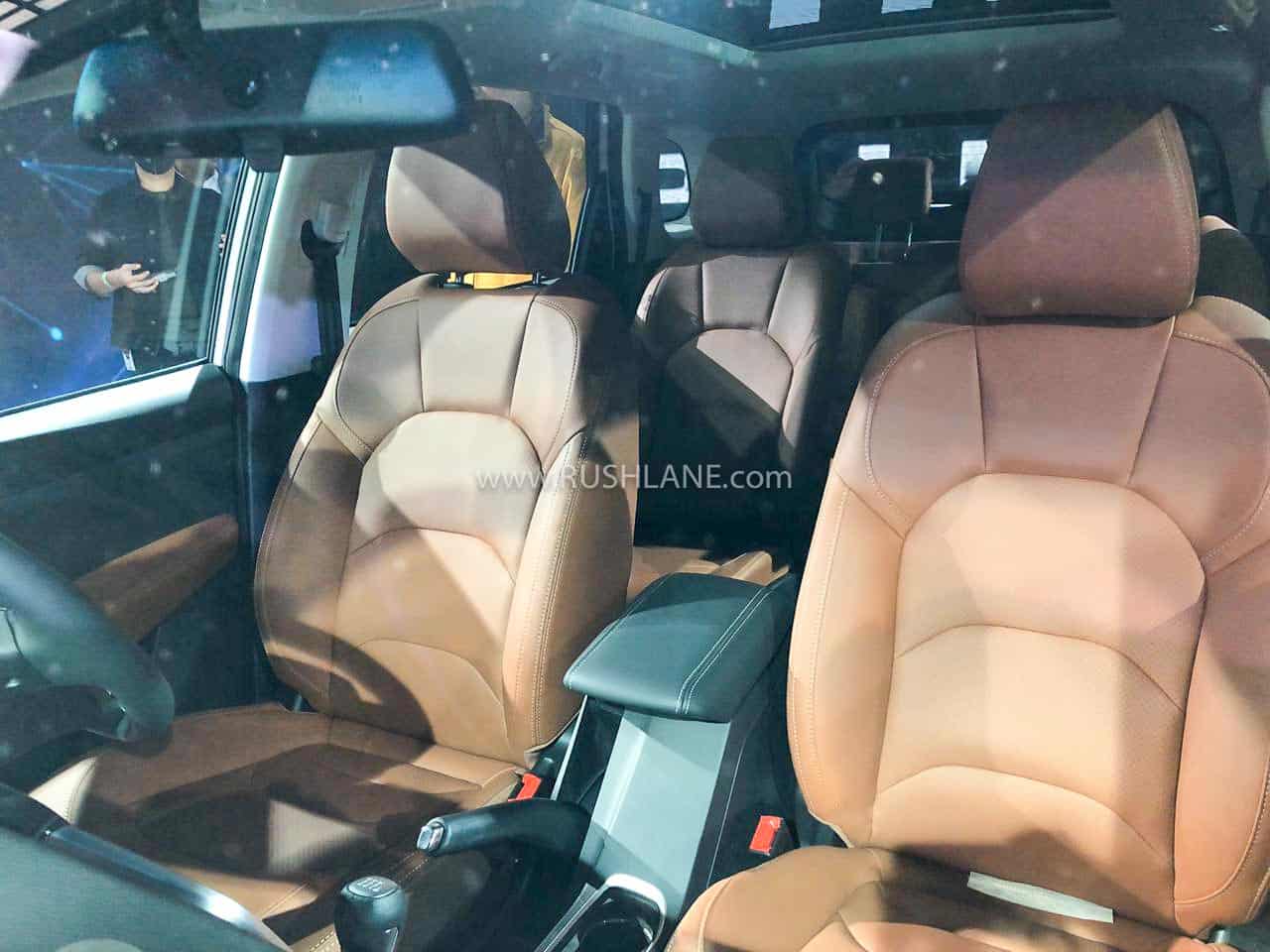 On the inside, the additional length is used to accommodate a third row of seats that can carry two passengers. The MG Hector Plus will be available in 6 (captain seats for the middle row) and 7 seat configurations. The dashboard design and equipment level are identical to those of the regular Hector.

The Hector Plus will carry forward the Hector’s powertrain lineup which consists of a 1.5-liter turbocharged petrol engine (can also be had with mild-hybrid technology) and a 2.0-liter diesel engine. A 6-speed manual transmission is standard across the range and the petrol (non-hybrid version) can also be had with a 6-speed dual-clutch automatic transmission. The petrol motor is good for 143 hp and 250 Nm of torque while the oil burner is rated at 170 hp and 350 Nm of torque.

Production of the MG Hector Plus has already commenced at MG Motor India’s Halol plant. Booking are set to commence soon. The MG Motor is working on increasing its production rate to plug the demand-supply gap. With the additional variant being ready for the market, the SAIC-owned automaker has its work cut out for the rest of the year. The company is evaluating a possible second plant to support its long term plans for the Indian market.

The MG Hector Plus will pick up a right with the Tata Gravitas (Harrier 7-seater) which is also set to be launched later this year and the upcoming 2020 Mahindra XUV500. We expect the Plus variant to be priced at a considerable premium over the 5-seat Hector which currently retails between INR 12.73 lakh to 17.43 lakh (ex-showroom, New Delhi).