The larger, 6-seater Hector has been spotted multiple times, both in company’s plant and even on the road. However, up until now it wasn’t clear as in what would MG call the larger Hector. Now, a patent filing document reveals MG has trademarked the name ‘Hector Plus’, and that in all probability is what the new 6-seater version will be baptized as.

Coincidentally, it isn’t the first time an OEM has planned to go ahead with the ‘Plus’ nomenclature. Even in the recent past, Mahindra had introduced a 9-seater version of the TUV and it called it TUV 300+.

The Hector Plus, will be sharing a lot with the standard 5-seater Hector. Both the cars will be using the same platform and chassis; however the 6-seater variant is expected to be longer by about 40mm. The additional length will free up more space for a proper 3-row seating setup, which would include captain seats on the second row.

It will be drawing power from the same set of BS6 compliant engines, the 1.5 litre turbo petrol and 2.0 litre turbo diesel. The petrol motor will be dishing out 140hp & 250Nm of max torque, while customers will have an option to choose between a 6-speed MT and a 7-speed DCT.

The diesel mill is the same motor which is shared by other segment competitors like Jeep Compass and Tata Harrier. The FCA sourced unit churns out 173hp and 350 Nm of max torque. Both motors will be updated to meet BS6 norms. Currently, these motors are only BS4 compliant. 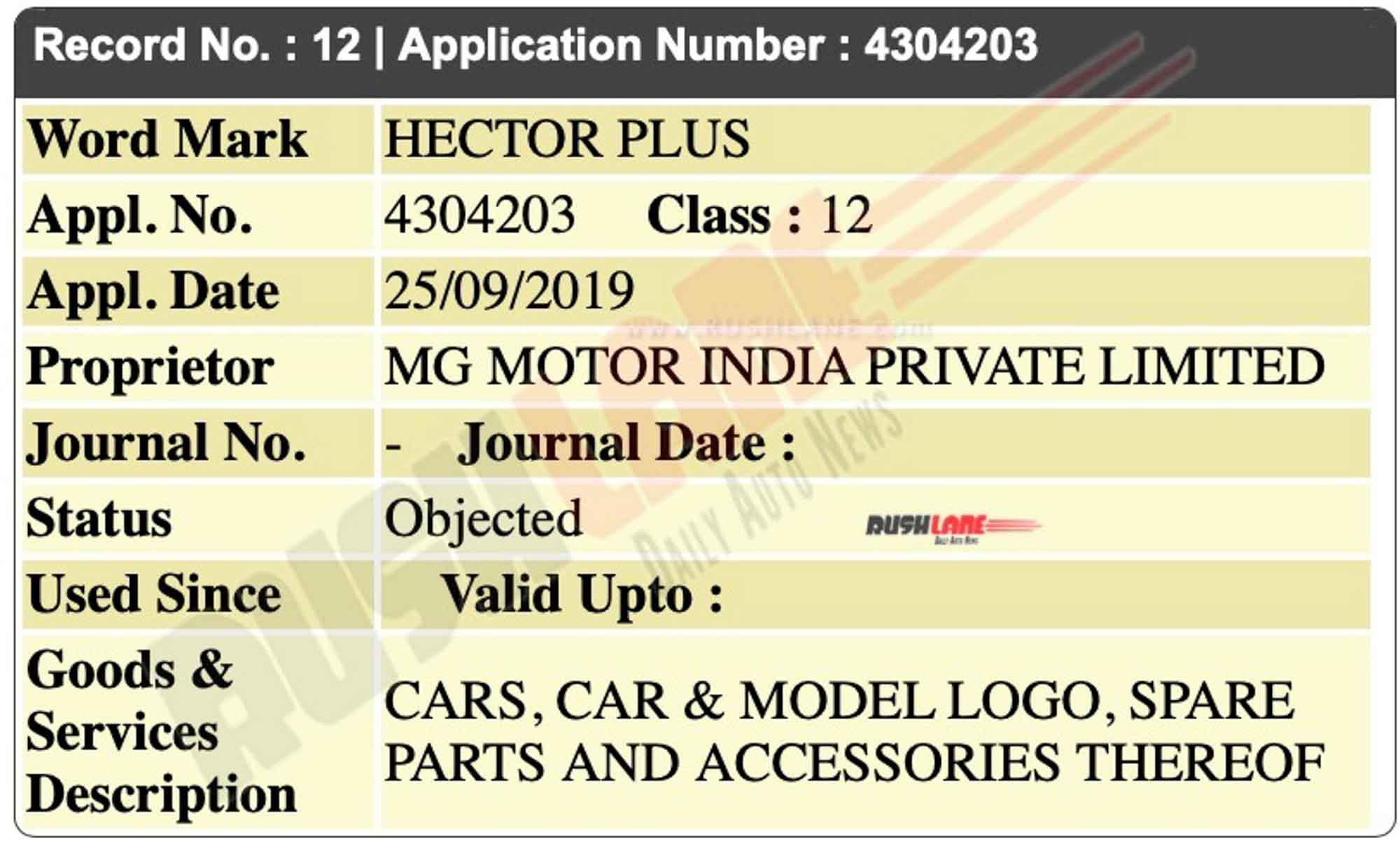 Major mechanical changes will mostly be restricted to the ones mentioned above. However, as seen in spy shots, the Hector Plus will be getting a revised front and rear. This would include a new bumper, redesigned headlights, updated tail-lamps and some more cosmetic changes.

It is too early to comment upon pricing of the Hector Plus, however considering the offering, its base price shall start around the INR 15 lakh mark. Once launched, the Hector Plus will be majorly competing with the likes of 2020 XUV500 and Tata Gravitas.