The new MG Hector Plus will be offered in 3 variants of Super, Smart and Sharp 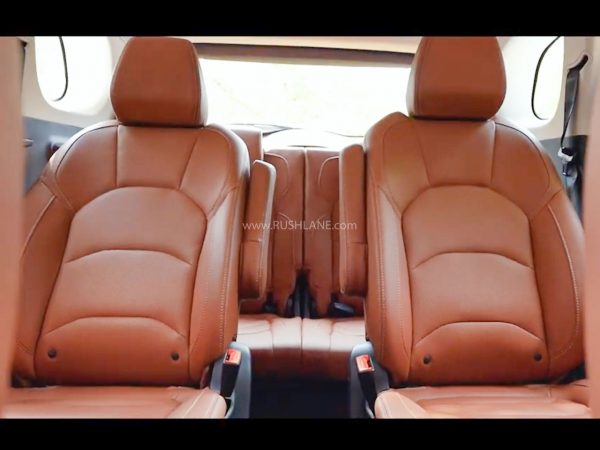 MG Hector Plus will be the automaker’s third offering in India following Hector and ZS EV. Poised for launch later this month, the new Hector Plus has now been listed on the company’s official website. Production has also commenced at the MG Motor plant in Halol, Gujarat.

Showcased earlier this year at the 2020 Auto expo, new Hector Plus is basically a 6 seater version of the 5 seater MG Hector; which has now completed 1 year in India since launch in June 2019. Hector Plus will be first launched as a 6 seater, and will be launched as a 7 seater later.

The MG Hector Plus borrows a similar stance as compared to the 5 seater Hector with some exterior and interior updates. The Hector Plus gets a new front grille, split headlamps, revised front and rear bumpers and skid plats along with a new tail lamp design. Below is the new teaser video of Hector Plus.

Where its interiors are concerned, MG Hector Plus sets itself apart from the 5-seater model with a dual tone colour scheme, captain seats in the second row. It also gets a panoramic sunroof, ambient lighting and automatic climate controls.

Hector Plus also receives a 360 degree camera, multi-function steering wheel, and a 10 inch touchscreen infotainment system with Android Auto and Apple CarPlay. AC vents and USB ports are also on offer in the third row seating.

Like its 5 seater counterpart, MG Hector Plus will also be offered in a choice of petrol and diesel engine options. The 1.5 liter turbo petrol engine delivers 143 hp power and 250 Nm torque via 6 speed MT or auto. The 2.0 liter turbo diesel engine delivers 170 hp power and 350 Nm torque mated to a 6 speed manual gearbox. The petrol manual hybrid engine will only be on offer on the Hector Plus Sharp variant.

No pricing details have been revealed as on date but with design updates and increased seating capacity, one can expect the Hector Plus to be priced at a premium of Rs.1 lakh over the 5 seater Hector which is priced from Rs.12.73-17.72 lakhs. Once launched, MG Hector Plus will take on Toyota Innova Crysta and the upcoming Tata Gravitas, which is slated to be launched in the first half of FY2021.