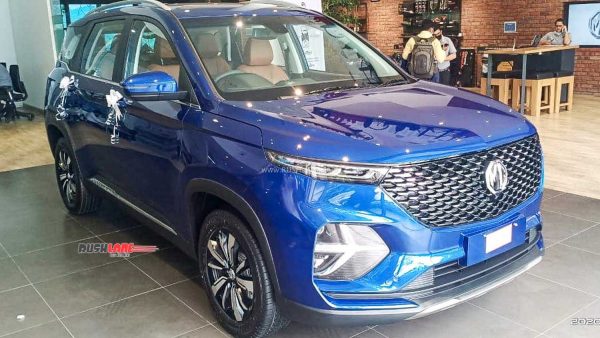 Today, the Indian arm of Chinese owned British brand has confirmed that it will be launching Hector Plus on 13th July’20. It is to be noted that the Hector Plus will be MG’s third product in the country. About a year ago, the brand had forayed into the Indian market with the MG Hector which was promoted as India’s First Internet Car.

Earlier this year, it had also launched the MG ZS EV which was company’s first electric vehicle in the country. Since launch, both, Hector and ZS EV have been doing well in their respective segments. With the launch of the Hector Plus, MG plans to further improve its dominance in the SUV market of the country.

Post launch, the Hector Plus will be competing directly with the Mahindra XUV500 and Toyota Innova Crysta. Additionally, it will be facing competition from upcoming SUVs like Tata Gravitas and 7-seater version of the Hyundai Creta. While price reveal is scheduled for 13th, Youtube channel Automotive India claims that they have got the prices. Below are leaked prices of MG Hector Plus, compared with MG Hector SUV. Hat tip to automotive enthusiast Devarsh for sharing this update.

It is to be noted here that these prices of MG Hector Plus have not been announced by the company, neither has the company confirmed that these are correct prices. MG India will reveal the prices via an online webcast on 13th July. As per the leaked prices, difference between Hector and Hector Plus prices is about Rs 1.2 lakh for respective variants. 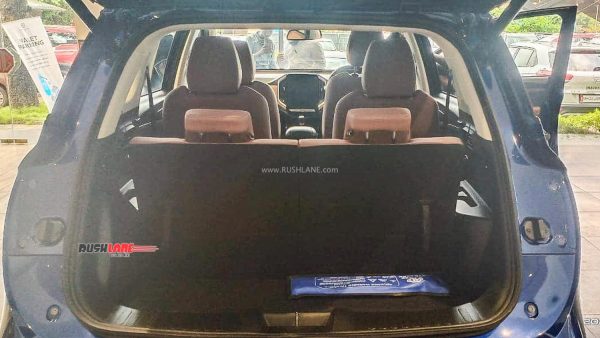 Ahead of the launch of the Hector Plus, MG has also released the brochure of the SUV. In terms of dimensions, the Hector Plus is marginally longer than the standard Hector by 65 mm (thanks to the redone rear and front bumpers). It shares its powertrain with the Hector, which means that it will be getting 2 engine options, a 170hp 2 litre diesel and a 143hp 1.5 litre turbo petrol motor. The petrol version will also have a 48V mild hybrid variant which will be sold alongside the standard version.