MG Hector Plus is based on the current Hector, but is longer, has revised styling, premium features

MG Hector Plus, showcased at the 2020 Auto Expo in February and was recently spied during an ad film shoot in the UK. The new 6 seater Hector Plus is now the company’s next launch in India, which is scheduled for sometime early next month. Unofficial bookings have already been opened at dealership level, at a down payment of Rs.50,000.

Boasting of an exclusive colour scheme of Starry Blue, the MG Hector Plus will be longer by 65mm as compared to the Hector though it will sit on an identical wheelbase. This is the same colour scheme which was spied inside the company plant in India, some months ago.

Hector Plus will receive exterior updates in the form of a more elegant looking chrome grille flanked by new LED DRLs, split headlamps and new rear combination lamps. The red reflector strip on the hector boot lid will not be making its way onto the 6 seater Hector Plus. 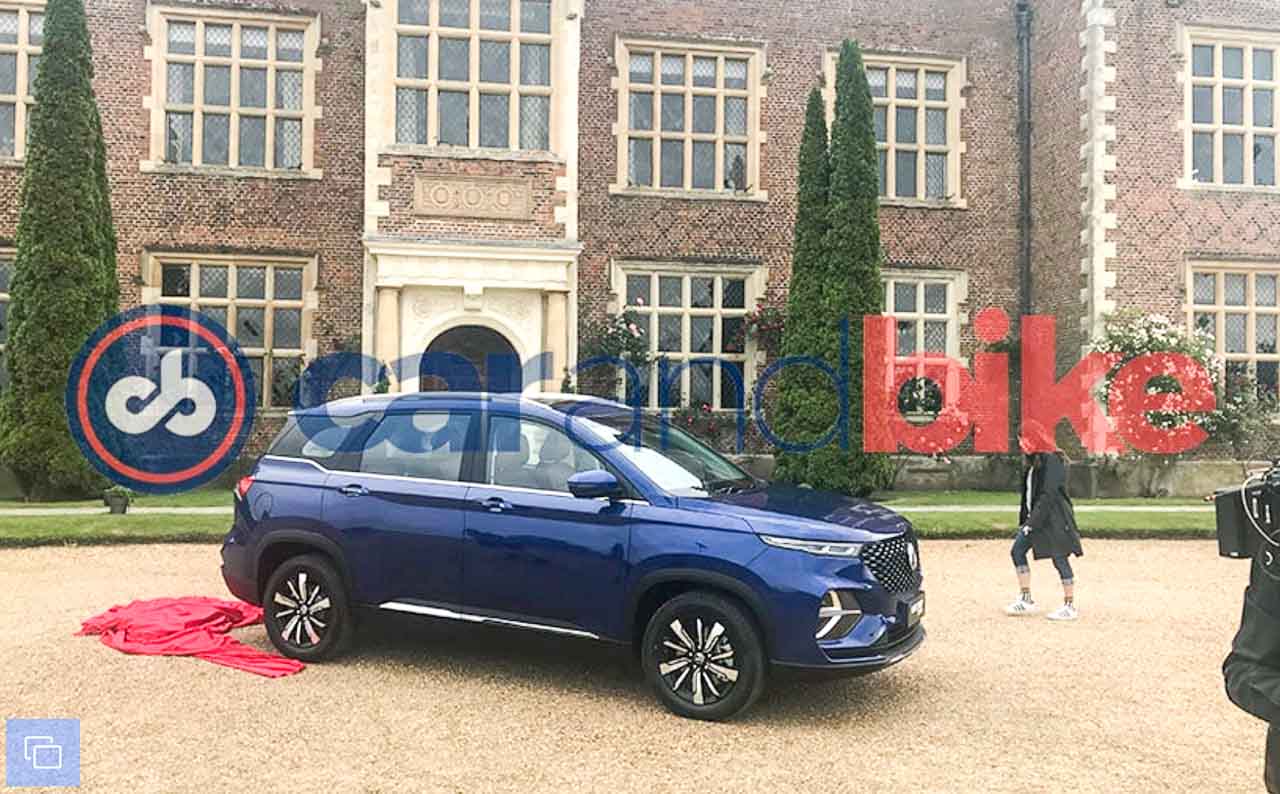 Its interiors will see a similar dashboard design as seen on the standard Hector but in a new dual tone colour scheme. However, it will get a 10.4” portrait touchscreen infotainment system with software updates while the top spec variant will also receive a panoramic sun roof and MG’s in-car connectivity suite as seen on the 5 seater Hector.

New Hector Plus will also see a semi digital instrument panel with MID, ambient lighting, automatic climate controls while it will receive AC vents and cup holders in the third row of seats. Standard safety equipment will continue to include multiple airbags, reverse parking camera with assist, ABS and EBD.

MG Hector Plus will be powered by the same engine lineup as seen on the Hector. The 1.5 liter, turbocharged, petrol will generate 141 bhp power and 250 Nm torque mated to a 6 speed manual transmission or a 6 speed automatic gearbox. The 2.0 liter diesel engine will make 168 bhp power and 350 Nm torque, will only be offered with a 6 speed MT