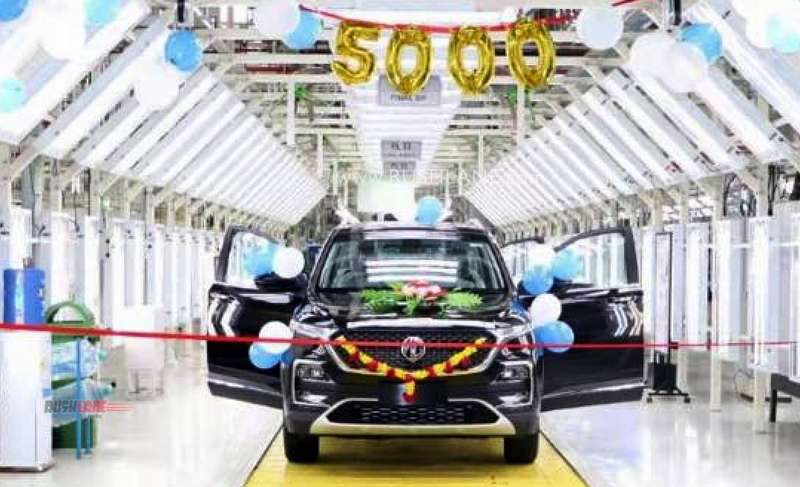 The best selling SUV in its segment, MG Hector has now crossed a production milestone. As of August 31, 2019, MG Motor India has concluded production of 5,000 units of Hector. The need to ensure timely production has been paramount owing to the start of a long drawn out festive season today, on account of Ganesh Chaturthi.

For those with religious faith, taking delivery of vehicles on an auspicious date is a serious consideration. Hence it comes as no surprise that a number of bookings would have been made with a clear delivery instruction for this week.

MG Hector August 2019 retail sales is reported at 2,018 units. Last month, retail sales were reported at 1,508 units. Until now production was nearer to 2k per month but the company has now confirmed that that MG Hector SUV production is being upped to 3k units this month. 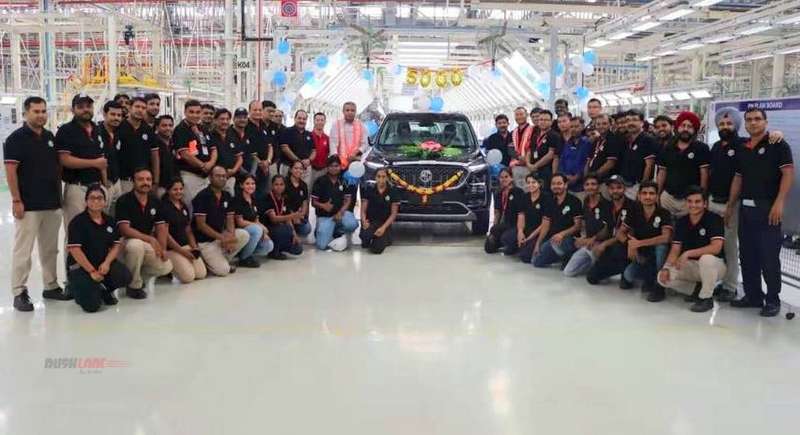 The company had earlier reported that 28k bookings have been received. Bookings have been temporarily halted since July 2019. But, the company dealers are accepting a provisional wait-list for those who will be given delivery in 2020. This wait-list already has 11,000 names. This means, booking numbers effectively have crossed 39k.

To make the deal sweeter for those who are waiting to get Hector delivery, MG has announced an industry first programme called – ‘Worth Waiting For’. Under this, all those who are waiting for delivery, will get 1,000 reward points per week. So if you have to wait for 10 weeks, you will get 10,000 reward points. These points can be used to get free official accessories from MG India dealer.

MG Hector production is being carried out at the company’s Halol plant, the erstwhile General Motors Chevrolet plant in India. Going forward, MG Motor India plans to increase production at a faster pace. company will take a decision on re-opening bookings of the Hector later this year. The automaker is working with its global and local suppliers to increase ‘Hector production in a progressive manner’.

Following its successful foray into the market, MG Motor India will introduce the MG ZS EV in India next. Though launch was earlier expected to be scheduled for late 2019, that plan has been postponed until next year. The brand has now associated with Delta Electronics to install AC charging units in private vehicle parking locations at homes and offices for improved customer convenience.