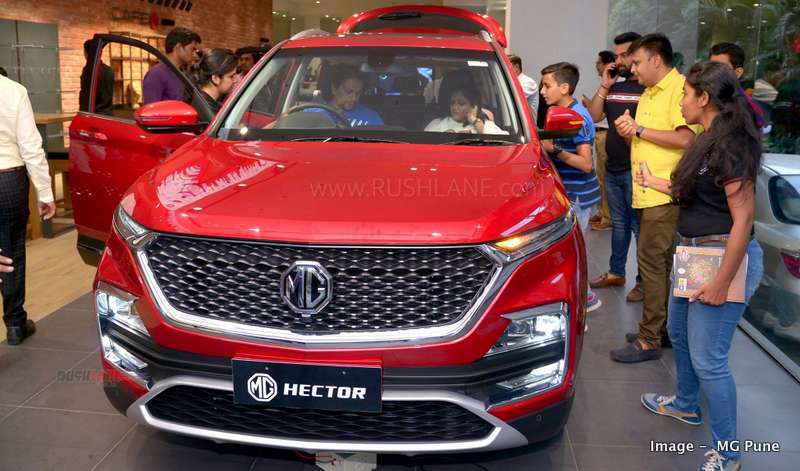 Gaurav Gupta, Chief Commercial Officer, MG Motor India, said, “We are extremely overwhelmed with the response that the MG HECTOR has received. We remain strongly focused on fulfilling the 28,000 bookings, as part of our commitment to ensure customer satisfaction.

The strong momentum for the HECTOR has continued with over 11,000 additional customers registered on our priority waitlist, after bookings were temporarily halted in July this year because of the huge response. We are working closely with our global and local suppliers to increase the HECTOR’s production in a progressive manner.”

In addition to this, MG India has launched an industry first campaign called ‘Worth Waiting For’. Under this campaign, MG Hector owners waiting for delivery will be awarded 1,000 points every week they wait for delivery of Hector. At the time of delivery, the points can be cashed out by the customers, against of official Hector accessories from the dealership. Also, MG India will be sponsoring the education of 1 girl child for every 2 weeks a customer has to wait for Hector delivery.

What has caused the attraction of buyers to the MG Hector? First and foremost, it is the country’s first connected SUV. It comes in with a range of feature via its 10.40 touchscreen infotainment system with an iSMART mobile application for both Android and Apple devices.

The company has fitted the Hector with an Airtel SIM card and it has an embedded Machine to Machine SIM while the platform is Internet Protocol Version 6(IPV6) and 5G ready. This offers features such as Hello MG, an AI based Voice Assistant enabling over 100 voice control; Over the Air Updates; safety and security via e-call feature; concierge services via pulse hub; maps and navigation by TomTom; Music by Gaana and Weather by Accuweather.

Apart from this, the MG Hector is also India’s first 48 volt hybrid technology enabled SUV with a 1.5 liter turbocharged petrol engine allowing for 12 percent gain in fuel efficiency and 11 percent reduction in emissions. It also gets three functions of engine auto start-stop, regenerative braking and e-boost.

The MG Hector is also regaled for its outstanding looks, an array of safety features and an engine lineup. This includes a 1.5 liter turbo petrol engine offering 143 PS power and 250 Nm torque and a 2.0 liter diesel engine that is capable of 170 PS power and 350 Nm torque. As on date, these engines comply with BSIV standards, but will be upgraded to BS VI emission norms prior to the deadline of 1st April 2020.