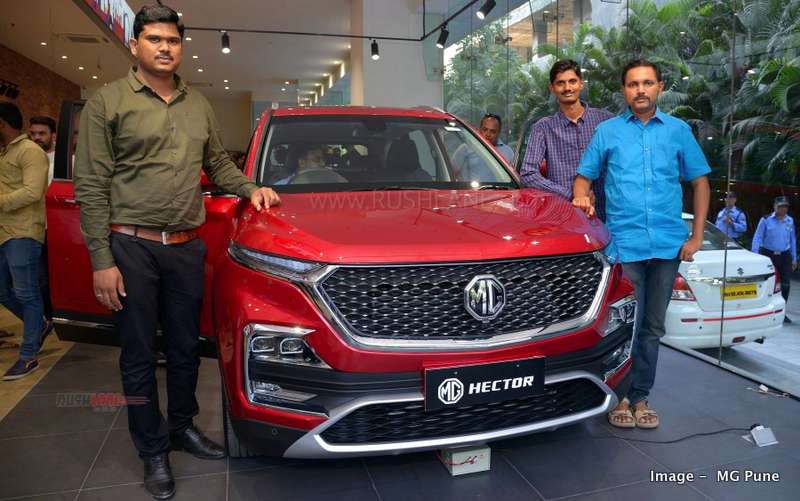 MG Motor entered the scene with the Hector at a challenging time, and yet, managed to stand out with impressive sales performance. The premium SUV emerges as a well rounded package at right price point, and the Indian audience know a good deal when they see one. No wonder then that the MG Hector is sitting on several thousand orders.

In a recent interaction with ET Auto, MG India’s president and CEO Rajeev Chaba stated that the company is in the process of ramping up its monthly production from 1,500 units to 3,000 units.

Mr. Chaba also stated that the company would opt to have another ramp up in the future if the demand remains strong. He also stated that hiring employees for the plant is on full swing and around 500 new people would be recruited by the end of this year. Watch the full interview in the video below.

In order to meet the high demand, MG Motor’s vendors are working at full capacity with some of them having three shifts and even working on weekends. Speaking about mid-term plants, the CEO revealed that the company is planning to invest around INR 2,000 cr in the next two years. The investment would go into improving the infrastructure of the Halol plant, ramp up production, vendor tooling as well as to introduce new products.

Moving forward, the SAIC-owned British brand is working on a three-row variant of the Hector which is expected to be introduced in the next six to eight months but before that, the all-electric MG eZS compact crossover will be launched.

Estimated to be priced over Rs 20 lakh, the eZS would be more of a technology demonstrator rather than volume puller. The electric crossover will be competing against the Hyundai Kona electric.

Mr. Chaba is confident that the Indian auto industry has already hit rock bottom and things would only move upwards from this festive season. When that happens, it can only be good for the new comer.