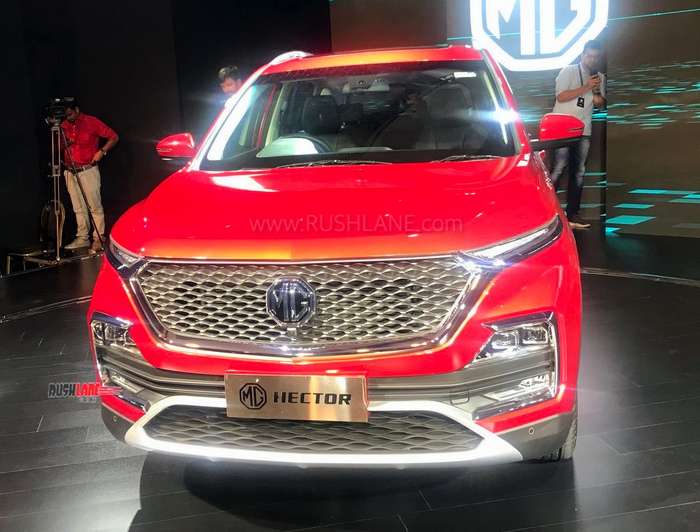 MG Hector buzz is getting stronger by the day. Officially unveiled in India, it will be launched next month, to take on the likes of Jeep Compass, Tata Harrier and Mahindra XUV500. It could also compete with top level variants of Hyundai Creta.

But how will MG manage to take on the competition, especially when it is a brand new company, whose name is not known as widely as competition. Well, they plan to offer best in class car at an unbelievable price tag.

On top of that, they will offer never before seen sales and service experience. As of now, they claim to have 120 touchpoints across India. By Sep 2019, they will have 250 touchpoints in India, which will cater to the specific demands of their customers.

The MG Motor production unit in Halol, Gujarat has initial manufacturing capacity of 80,000 units, expandable as per market demand. The company has invested over Rs.2,200 crores in setting up this plant with a new assembly line, press shop, body shop, parts center, testing track and training facility.

This is a really high sales expectation. If once considers sales of rivals, no car in the segment manages to achieve such a sales number. Even the newly launched Tata Harrier, which had among the best pre-launch buzz a manufacturer could have hoped for, managed to deliver average sales of about 2k units a month. Sales of Jeep Compass and Mahindra XUV500 hover in the range of 1,000 to 1,500 units a month.