MG Motor has been feeding on people’s curiosity for quite some time now. Leaked photos recently has got everyone even more excited about this Chinese-owned British brand. As we already know, MG Motor’s first-ever offering for the Indian market will be an SUV named Hector. Not much has been revealed officially, but some key information based on spyshots has been revealed. Here are some interesting things to know about MG Motor Hector SUV.

Hector will be strategically positioned to cast its net wide by targeting multiple segments. It will be competing with a several SUVs such as Hyundai Creta, Nissan Kicks, Tata Harrier, Jeep Compass and Hyundai Tucson. Indian customer preference is increasingly shifting to SUVs, which is why carmakers are aggressively targeting this segment. Even Kia’s first offering in the Indian market will be an SUV.

MG Hector is larger than most of its competitors, including Harrier, XUV500 and Tucson. It will be launched in a 5-seat configuration. Hector’s large dimensions will translate into increased cabin space and boot space. Hector will have plush interiors with premium leather seats, soft-touch dashboard and chrome accents on AC vents.

Hector will be offered in both petrol and diesel options and it will have BS-VI compliant engines. Petrol variant will be powered by a 1.5-litre, turbo-petrol unit whereas the diesel variant will have a 2.0-litre turbo-diesel unit sourced from FCA. Both engines are likely to be coupled with an automatic transmission. Petrol engine will deliver around 170 hp power, which is more than 15 hp produced by Tucson’s 2.0-litre petrol engine and 163 hp produced by Compass’ 1.4-litre turbo-petrol engine. As per latest spy shots, the petrol engine could also be offered with a hybrid motor, to deliver more power and mileage. Power output of Hector’s diesel variant will also be around 170 hp, which will be at par with diesel variants of Tucson and Compass. 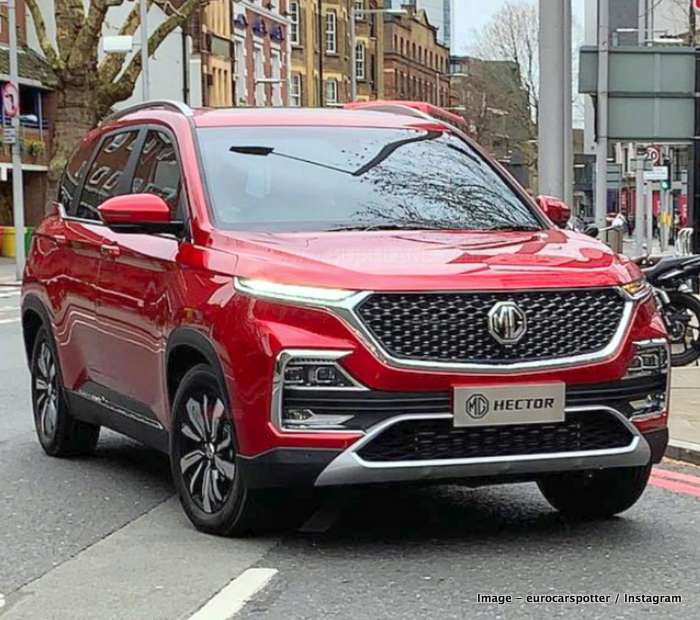 Premium SUV segment is witnessing a deluge of offerings, intensifying the competition in this space. Hector will be competitively priced to give it a better chance of survival. MG Motor has stated that it has achieved 75% localization, which will help launch Hector at a competitive price. Hector’s base variants will compete with the likes of Hyundai Creta whereas higher-end trims will take on Harrier, Compass and Tucson. Pricing is expected in the Rs 13-16 lakhs, ex-sh range.

MG Hector has plenty to offer, but rivals have their own unique strengths and USPs. The brand is yet to establish its prominence in the Indian market, which would be an uphill task for MG Motor.