MG Hector vs Kia Seltos SUV comparison – Which one to buy? 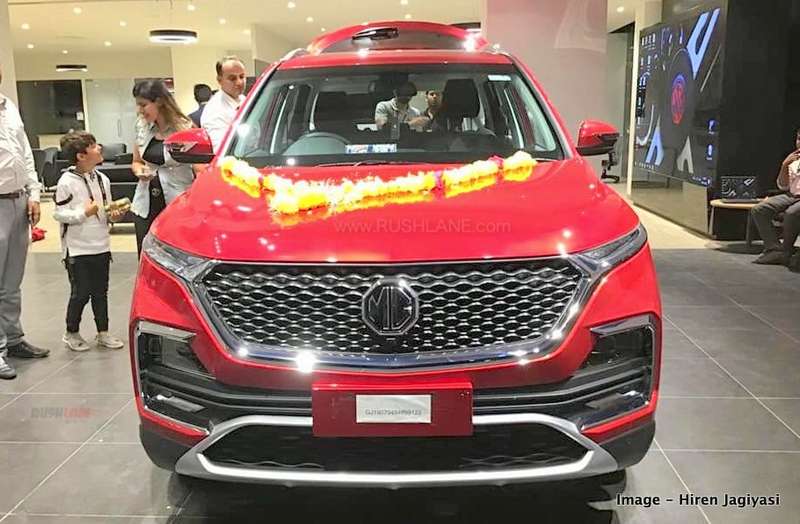 MG Hector is a huge hit in India. Booking numbers are over 15,000 units in about 15 days post launch. Waiting period in most cities has touched 7 months, and increasing. With production of Hector limited to just 2,000 units a month, it is going to be a long wait for most buyers. The good news is that deliveries have started, and are in full swing.

Just like the Hector, there is another SUV which is all set for India launch, that has managed to garner a similar kind of buzz; and that is the Kia Seltos. With all the details about Kia Seltos now available, it is time to take a look at both MG Hector and Kia Seltos specs on paper.

MG Hector and Kia Seltos are both equipped with connected car technologies, come in with an array for first in segment features and brim over with driver and passenger conveniences and comforts. They are both well equipped in terms of safety and both receive powerful engine lineup. The MG Hector is officially launched in India whereas the Kia Seltos is slated for launch on 22nd August 2019. Despite their similarities, there are some vital differences which are detailed below; 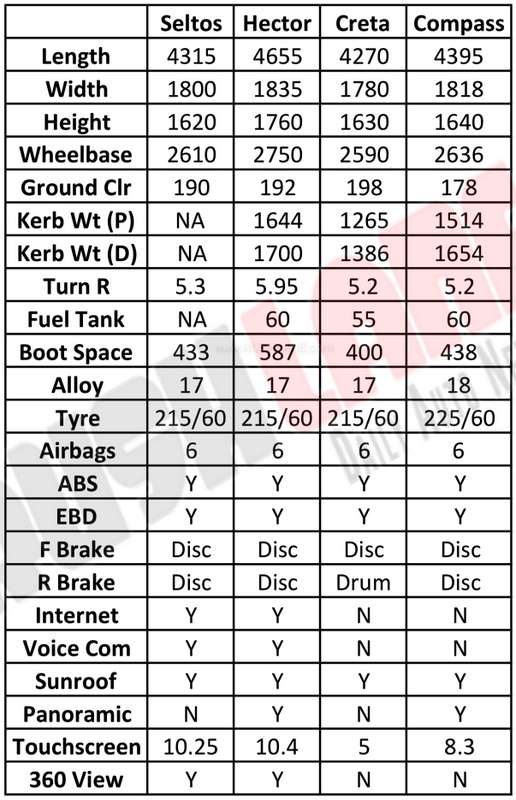 Exterior Design and Features – MG Hector is offered in four trims – Style, Super, Smart and Sharp and color schemes of Candy White, Aurora Silver, Glaze Red, Starry Black and Burgundy Red. It boasts of a tall stance and commanding road presence. It is fitted with a large front grille with extensive use of chrome in its makeup, all LED lamps at the front and rear and side indicators along with silver finished skid plates, 17” dual tone alloy wheels and squared wheel arches. The silver finished roof rails and large panoramic sunroof enhance its sporty appeal along with chrome elements at the rear and a chrome bar that is positioned above the license plate.

Dimensions – MG Hector boasts of larger dimensions as compared to the Kia Seltos even though both are compact SUVs. The Hector stands 4,655mm in length, 1,835mm in width and 1,760mm in height. It gets a wheelbase of 2,750mm. On the other hand, the Kia Seltos stands distinctively shorter in length at 4,315mm while width is at 1,800mm, height at 1,620mm and wheelbase at 2,610mm. These dimensions could mean that the cabin of the Seltos would be a bit cramped as compared to that seen on the Hector while boot space will also be more spacious in the Hector as compared to that of the Seltos. 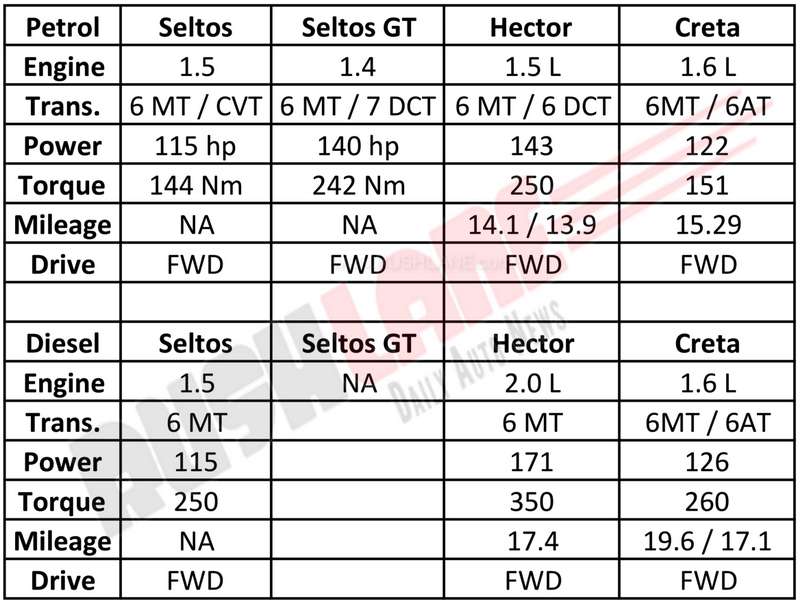 Interior Features, Safety and Technology – Interiors of the MG Hector boast of a neat design. The seats are comfortable and well bolstered with contouring for better passenger comforts and done up in soft touch upholstery in contrasting leather. The 10.4” full HD touchscreen sees fewer buttons. There are piano black inserts seen on the central console with grey accents on the dashboard enhancing its premium appeal.

MG Hector is the first connected compact SUV to launch in India. It woos tech savvy buyers in India with its array of advanced in-car technologies for which the company has linked up with global tech partners such as like Microsoft, Adobe, SAP, Cisco, Nuance, Gaana, TomTom and Unlimit. This car also receives Internet Protocol version 6, making it 5G ready and the e-SIM is provided by Airtel and MG Motors offering internet connectivity for the complete warranty period.

Kia Seltos also commands well designed interiors with comfortable seating, an 8 speaker sound system from Bose, a first in segment 10.25” touchscreen infotainment system and a 7” color TFT unit for the instrument console. There is a bounty of safety features offered on the Kia Seltos. These include ABS, EBD, ECS, 6 airbags, traction control, stability management, hill start assist, brake assist, front and rear parking cameras and a 360 degree camera for all round visibility. The occupant cell has been designed for maximum protection in the event of a crash with high steel and deformation zones to absorb impact.

Kia calls its connected technology as UVO which can be accessed via a smartphone. It offers a total of 37 connectivity features with roadside assistance and SOS to alert a call center in the event of an emergency.

Price – MG Hector is priced between Rs.12.18 lakhs and Rs.16.88 lakhs. Kia has not yet disclosed pricing of the upcoming Seltos which could be offered in a much lower price bracket starting from as low as Rs.11 lakhs going up to Rs.16 lakhs for the top end variant.