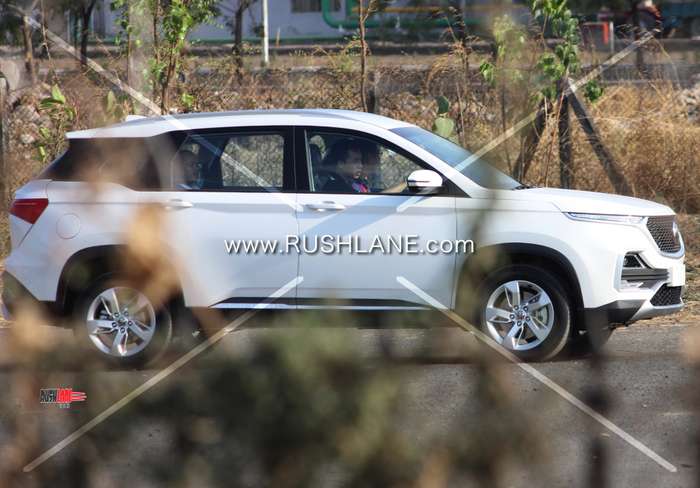 MG Motor India is getting ready to launch their first car in India next month. It will be the MG Hector five seater mid-sized SUV. Spied undisguised in white colour for the first time, production of this SUV is currently underway at the company plant in Halol, Gujarat.

The variant of MG Hector you see above is either the entry level variant or mid variant. It is seen with single tone alloys, instead of the dual tone machine cut alloys which are seen on the top variant whose media images were released by MG India some time back. Apart from that, it also misses out on sunroof. It continues to get disc brake on all four wheels, also gets projector headlamps with LED DRLs. It misses out on the chrome shoulder line, which is seen on top variant.

The MG Hector has its own connectivity options. It is the first connected Internet car of India. It gets MG’s iSMART system that runs on an in-car Android based tablet with 4G connectivity while the system is also Internet Protocol Version 6 (IPV6) ready for 5G and will receive updates over the air in terms of software and applications. 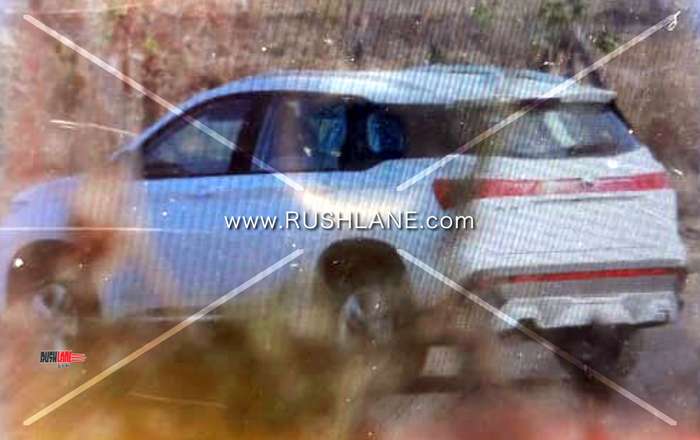 For these first in class services and connectivity features, MG Motors has tied up with global tech partners such as Microsoft, Adobe, Unlimit, SAP, Cisco, Gaana, TomTom and Nuance. The iSMART system will be housed in a 10.4” Head Unit, the screen is designed with a vertical interface allowing the driver to control the entire car system at a touch or via voice command and the M2M SIM ensures that the car stays connected at all times.

The customized solution is developed by Unlimit in association with Cisco and Airtel who have collaborated with Jasper platform and telecommunication networks. The system allows users to download software updates or schedule them for later as is seen on a smartphone. This makes MG Motors the first automaker in India to offer this Over The Air technology.

Powering the MG Hector are petrol and diesel engine options. Petrol engine is in the form of 1.5 liter turbo motor with mild hybrid tech. It will deliver power in the range of 150 PS and torque of about 250 Nm. Diesel engine is a 2 liter unit sourced from FCA. This is the same engine which powers Jeep Compass and Tata Harrier in India. It is rated at 172 hp and 350 Nm. Transmission options include manual as well as automatic. Launch price is expected in the range of Rs 13-16 lakhs, ex-sh.