Showcased in India as MG Marvel X, the SUV is sold in Chine as the Roewe Marvel X. Just like MG Motor, Roewe is also a car brand which is owned by China’s SAIC. Now it is this Roewe Marvel X, which has got a successor, in the form of Marvel R.

The R model is an improved version of Marvel X and it gets a range of upgrades including design enhancements, new logo and advanced technology integrations. The R-line will be the company’s new range of fully-electric products, with Marvel R being the first car in that range.

As compared to Marvel X, the R model is a lot more attractive and futuristic. It looks sharper and aerodynamically more fluid. The front fascia has been completely revamped, as can be seen with the waterfall air intake grille, bar-type LED light strip, and matrix styled headlights that are placed on the front bumper. 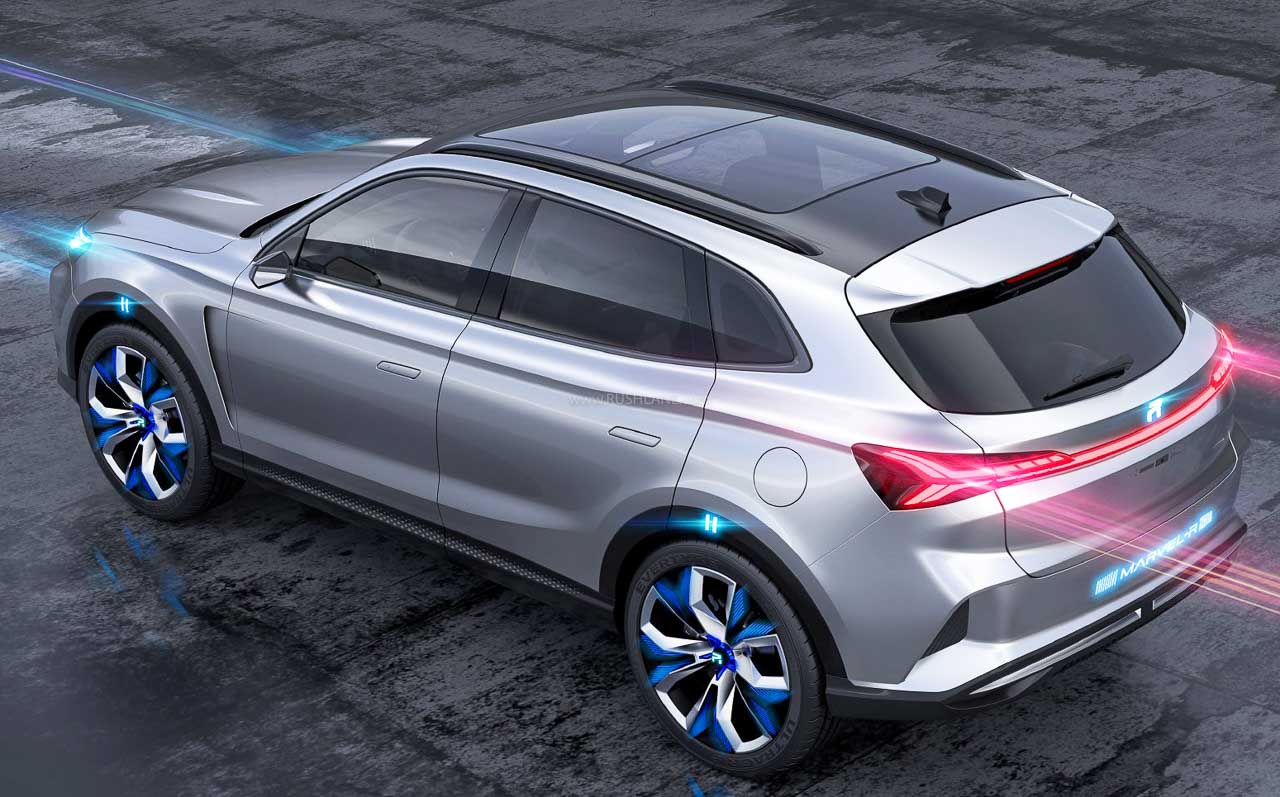 At the rear, the LED taillight design is similar to the bar-type strip at the front. The illuminated ‘Marvel-R’ branding on the rear bumper highlights the car’s electric character. There are no major changes in the side profile with the exception of the wheels that come with a new design.

Marvel R is technologically more advanced, as it is equipped with 5G Internet connectivity and Level 3 autonomous driving technology. It is expected to become the first mass-produced car in the world, which offers 5G network connectivity. Marvel R has been designed in collaboration with Huawei, one of the world’s leading telecommunication equipment companies. SAIC and Huawei have been collaborating for tech solutions and new product developments since 2018. Marvel R utilizes Barong 5000 platform that comes with V2X smart travel tech in addition to the 5G smart cockpit.

As of now, key specs and powertrain details about Marvel R have not been revealed. However, it would be safe to assume that the car will offer a range of more than 500 km in the NEDC cycle. Launch in China is expected in second half of 2020 at a starting price of 260,000 Yuan (approx. 28 lakh INR). 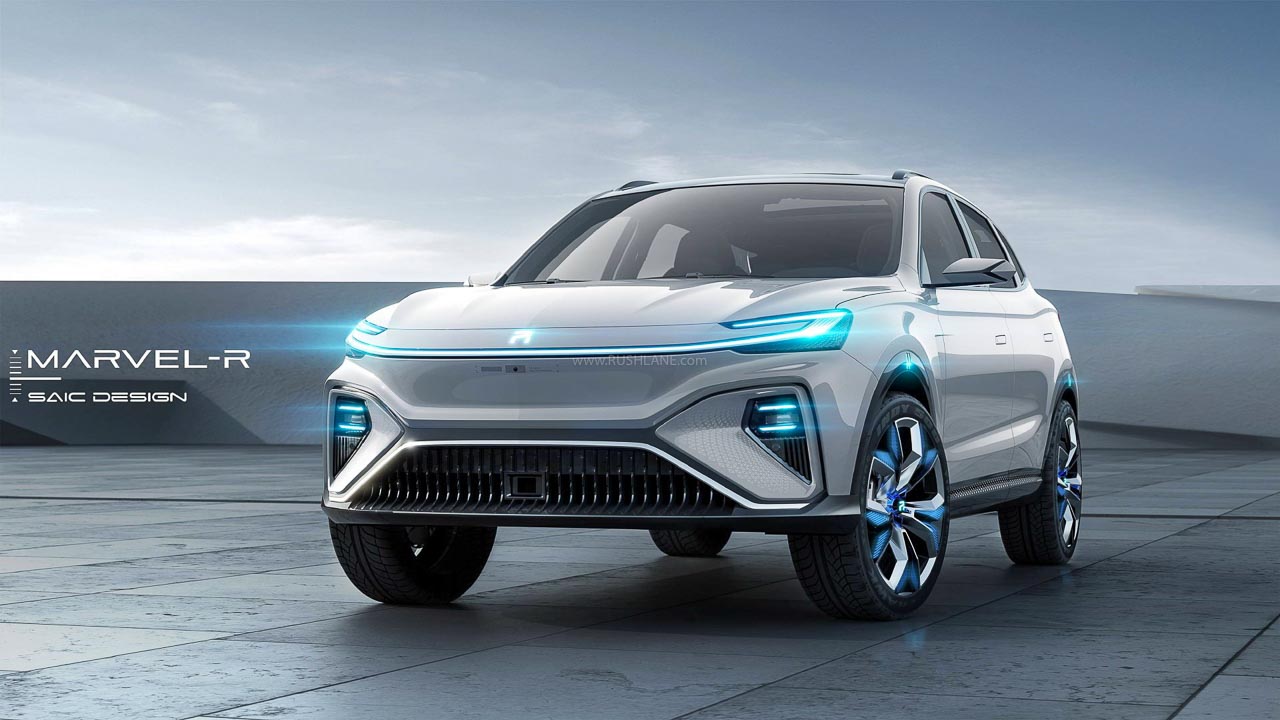 Roewe is part of SAIC Motor, the largest state-owned automotive company in China. SAIC also owns the MG brand that has already gained widespread popularity in the Indian market. In India, Roewe Marvel X was showcased as MG Marvel X at 2020 Auto Expo. The car came with a 52.5 kWh battery pack that supplies power to dual motors.

It has both rear-wheel and all-wheel drive versions, with power output being 183 hp / 410 Nm and 296 hp / 665 Nm, respectively. Range for rear wheel-drive variant is 403 km (NEDC) whereas the AWD model can run 370 km on full charge. Accelerating from 0-100 kmph takes 7.9 seconds and 4.8 seconds, respectively. MG Marvel X was showcased just for demonstration purpose. The company does not have plans to launch it in the Indian market.