The MG RC6, unveiled at Auto Expo 2020, could be the first MG sedan in India.

Buoyed by the success of its Hector premium crossover, MG Motor India is preparing itself for an eventful 2020 and has kick-started its proceedings at the ongoing Auto Expo 2020. Alongside a lot of interesting products, the SAIC-owned British brand has showcased the RC6 premium sedan at the biennial event to gather public opinion. If the brand does introduce it, it will be the first MG sedan in India.

The MG sedan in question is essentially a rebadged version of the Chinese Baojun RC6. The RC6 is not exactly a text-book low-riding sedan but is a stylish 5 seater with coupe styling and a massive ground clearance of 198 mm. The overall design is quite attractive, sharp and youthful. 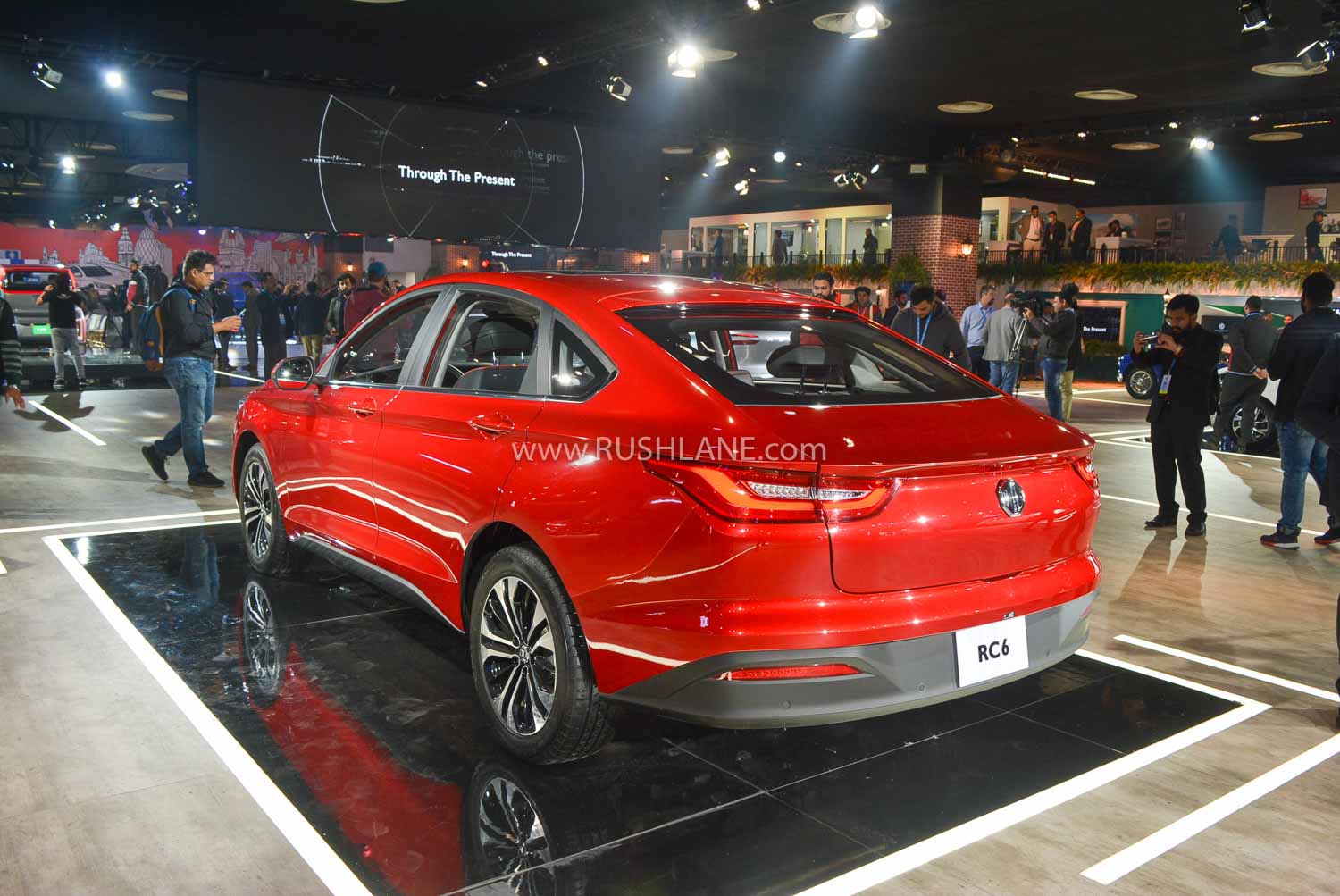 The RC6 features a long wheelbase of 2,800 mm making it almost as big a the Skoda Superb. Being a product designed primarily for Chinese audience, one can expect the Baojun sedan not to skimp on rear-seat comfort, space and convenience. The sedan features a well designed modern dashboard with twin displays that act as instrument console and infotainment system like in the Mercedes S-Class. The cabin is well-appointed in premium materials, leather upholstery with contrast stitching.

The China-spec Baojun RC6 is equipped with Level-2 Bosch ADAS (Advanced Driver Assistance Systems) which covers as many as 16 daily driving scenarios including adaptive cruise control up to speeds of 130 kmph. If MG decides to launch this sedan in India, we don’t expect it to be equipped with the cost-intensive ADAS suite. Moreover, the Indian roads and regulations are not conducive for Level-2 autonomy yet. 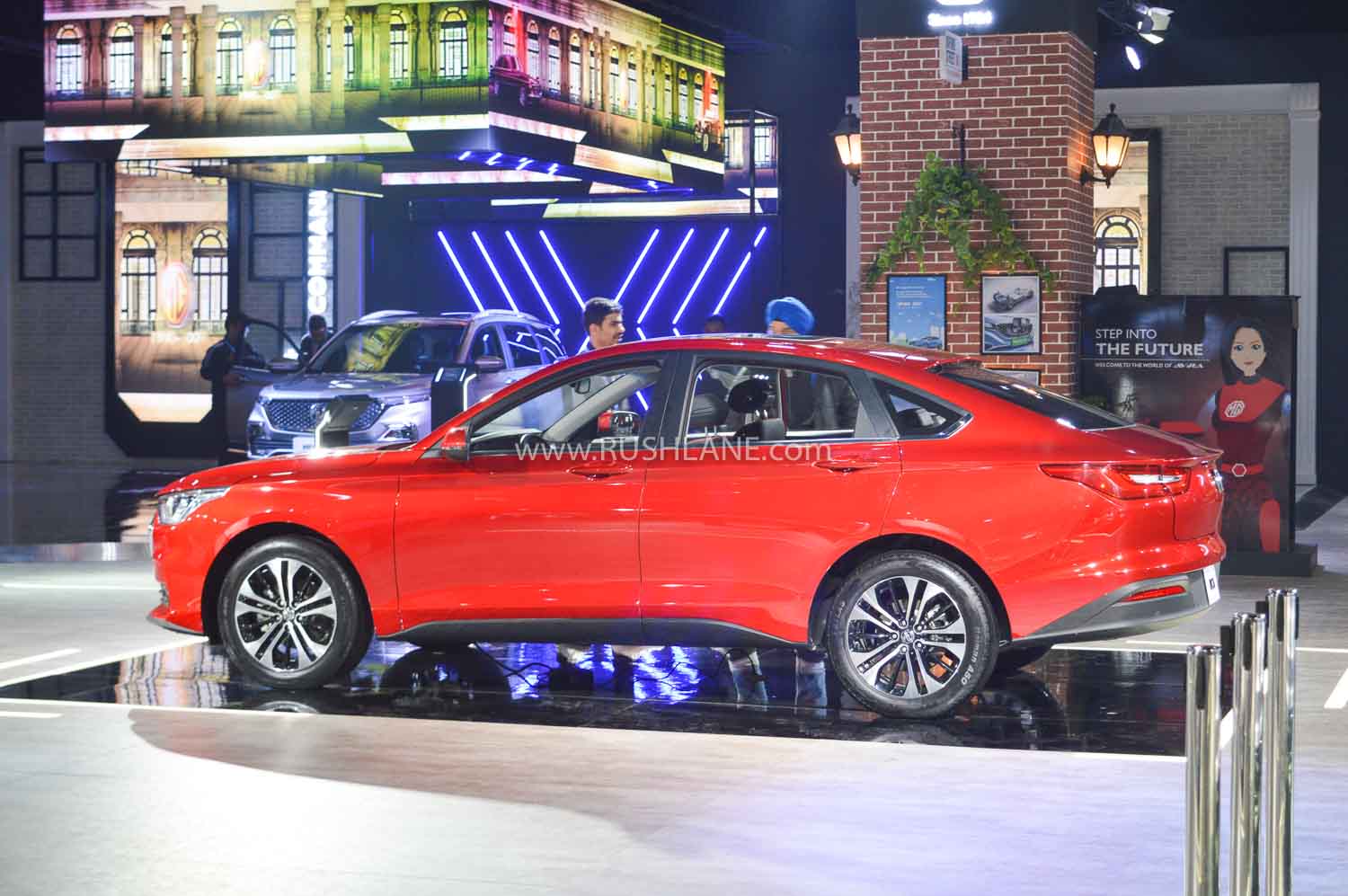 If MG receives positive feedback for its sedan in India and decides to go ahead with the launch, we expect it to be ready sometime in 2021 for an ex-showroom price tag starting from around Rs 20 lakh. In its display format, the MG RC6 sedan is powered by a 1.5-litre turbocharged petrol engine (similar to that in the Hector petrol variant) which dishes out around 145 bhp and 245 Nm of torque. The engine is available mated to either a 6-speed manual or a CVT unit. The final Indian version of the sedan is likely to inherit the i-SMART connectivity features from the Hector.

The premium sedan segment in India is rapidly diminishing but the MG Sedan brings to table a novel idea with crossover appeal and fresh design. It would be interesting to see how the Indian audience responds to the latest offering. Once launched, the MG RC6 will take on the likes of Honda Civic and Skoda Octavia, where price range is concerned. But because of it being larger in size, and offering more features, the MG sedan will most likely be a more affordable alternative to the likes of the Skoda Superb and to an extent, the entry-level German sedans such as the Audi A4, BMW 3 Series and Mercedes-Benz C-Class.